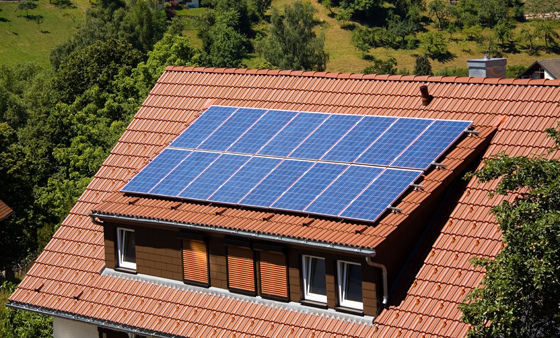 Did you know that enough sunlight falls on the earth every hour to power the entire planet for a year? With world energy use expected to increase 53 percent by 2035, it’s high time the world weans itself off of fossil fuels.

Solar PV & thermal installers, Ploughcroft Renewables, is helping to make the goodness of renewable energy accesible and affordable for everyone. Solar photovoltaic (PV) and solar thermal panels have two distinct advantages: They’ll help save you money (in some cases even make it), and they’re kind to the environment.

Once solar panels are installed onto a building or home, they give off no emissions or pollution. Then you should also consider the small solar power kits like this 150 watt solar power kit as you can easily use that for power on an outdoor building or caravan. They also reduce dependence on volatile foreign oil, which is a huge plus. A typical solar system that is installed on a home could save as much as a ton of CO2 from being released into the atmosphere every year. In other words, during their lifetime, a typical system could save thirty tons of gas from polluting the atmosphere. If every home in the country installed a typical 3kWp solar PV system, there would be an annual saving of roughly 22 million tons of CO2 from being emitted every year. That’s 660 million tons over the course of approximately thirty years!

Since the energy used is harnessed from the sun, no one would dare charge you for using the electricity generated from your solar panels. Attractive tax credits, utility rebates and Renewable Energy Credits also make installing a system in your home affordable and alluring. Any excess electricity that isn’t used can be sent back to the energy provider for credit: so not only are you providing clean energy to the rest of the country, but you could also make money.

More and more people are leaning on clean and renewable energy as their primary source of electricity, and as a way to control their electric bills and finances. Will renewable energy be a part of your future?

Havaianas Sandals: There's a Pair for Everyone