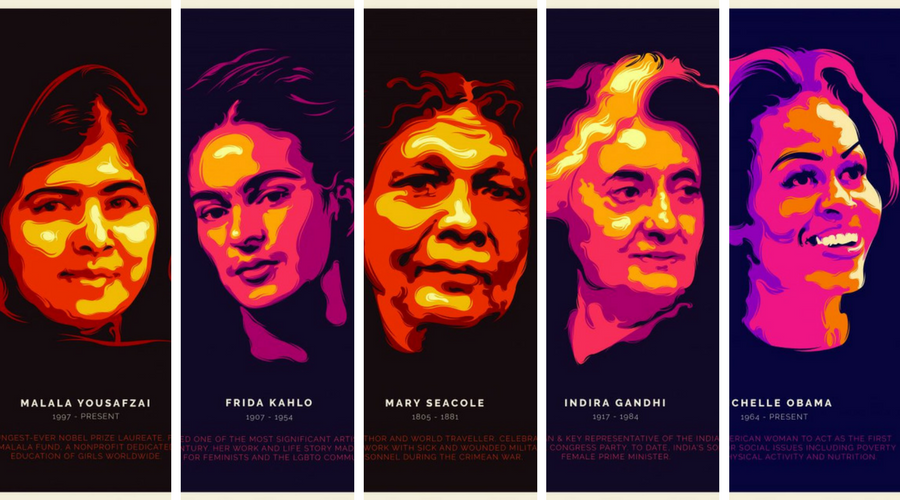 March is Women’s History Month, when we look back at the myriad contributions that women have made to the U.S. and beyond. However, for most of history, women of color have been ignored; the color of their skin impacting the recognition they receive for the work that they have done in arts, sciences and more to better society. One way to reverse that is to learn about these women, talk about them (to everyone we know), repeat their names, make art featuring their faces (the beautiful posters below were created by Sage) and in every way we can, keep them in the conversation. 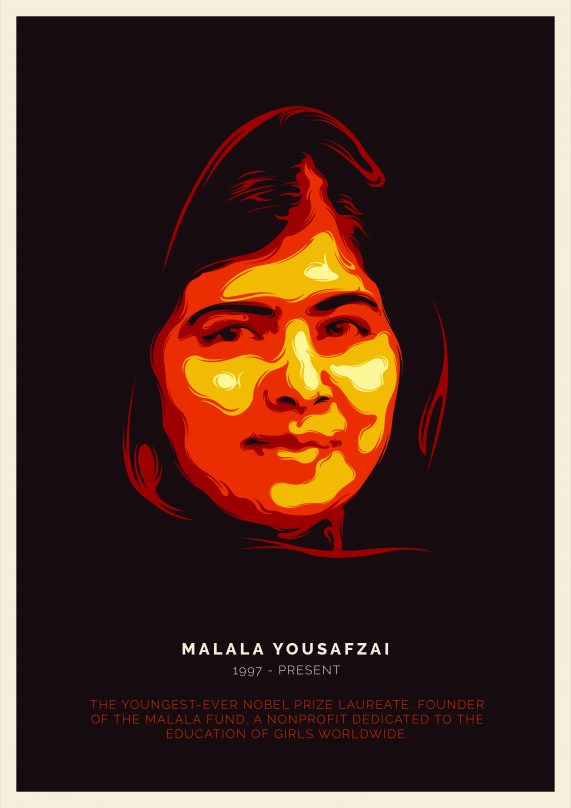 The youngest person ever to be a Nobel Prize Laureate (at 17!), Malala Yousafzei championed women’s education rights in her native northwest Pakistan, where the Taliban had at times banned girls from attending school. Malala survived an assassination attempt from a Taliban gunman and went on to fund the Malala Fund, a non-profit organization that, among other things, has set up schools for Syrian refugees. She has authored an autobiography, and continues to advocate for human rights. 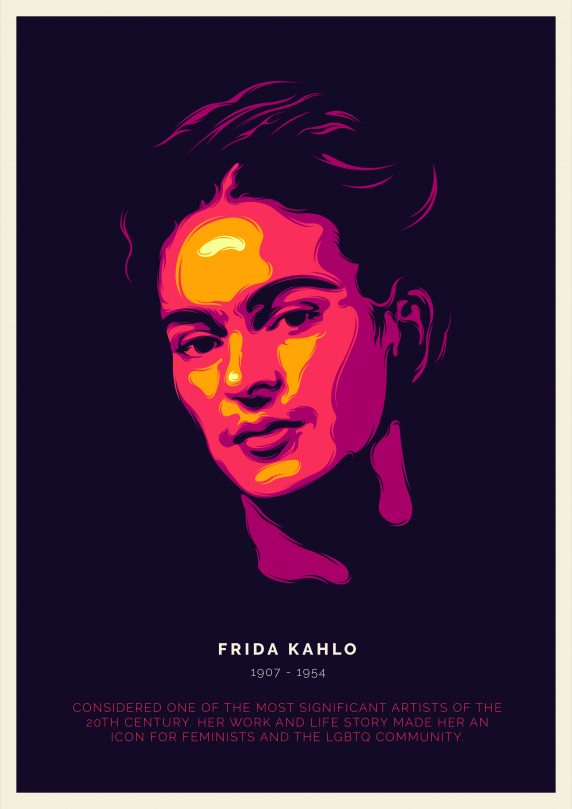 Famed Mexican artist Frida Kahlo was known for her searing and unapologetically feminist self-portraits in the early twentieth century. Suffering from polio and lifelong injuries incurred from a bus accident, Kahlo channeled her pain in to jarring and beautiful surrealist paintings. 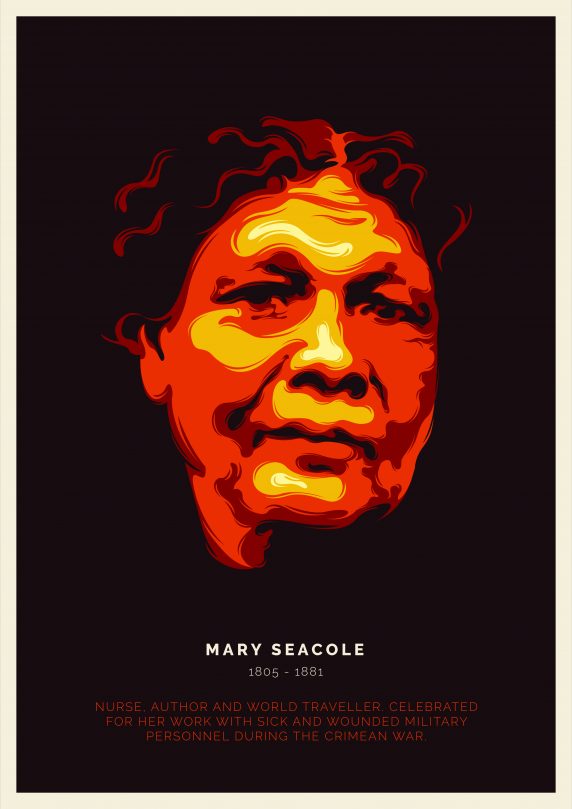 Mary Seacole was a businesswoman, nurse and caretaker during the Crimean War, setting up a hotel for wounded soldiers. Born in Jamaica in 1805, Seacole only recently gained more acclaim for her actions during the conflict, winning the Jamaican Order of Merit in 1991 and named the Greatest black Briton.

“I trust that England will not forget one who nursed her sick, who sought out her wounded to aid and succour them, and who performed the last offices for some of her illustrious dead” – Mary Seacole 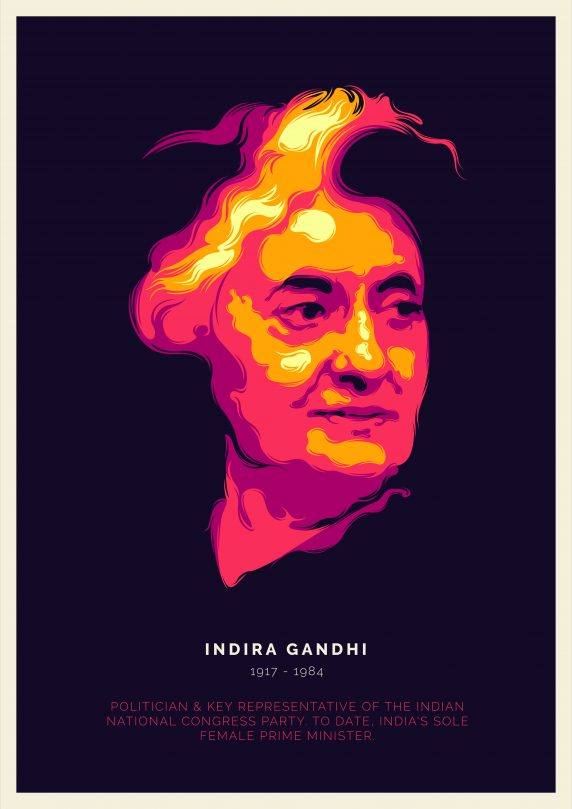 India’s first female Prime Minister, Gandhi figured largely in the Indian National Congress Party. She served for two terms as Prime Minister, first from 1966 to 1977 and again from 1980 until her assassination in 1984, the second-longest serving Prime Minister in the country.

“Social change is brought about by those who dare and act, who can think unconventionally and who can court unpopularity.” – Indira Gandhi 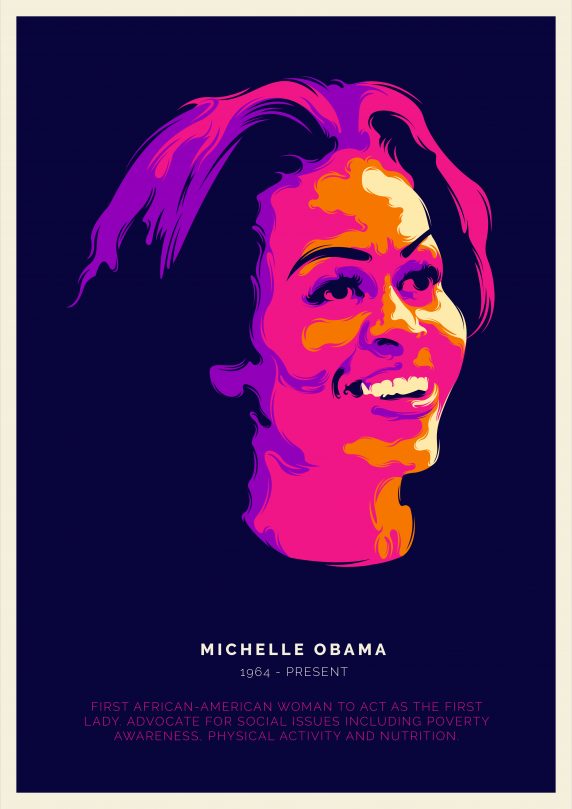 Former First Lady of the United States, Michelle Obama is a lawyer, a graduate of Princeton and Harvard Law School, and a writer. She spearheaded many White House projects over her tenure as First Lady, including the Let’s Move! initiative, designed to aid the issue of childhood obesity.

“No country can ever truly flourish if it stifles the potential of its women and deprives itself of the contributions of half of its citizens.” – Michelle Obama

Ecofeminism Explained (by Activists, Ecofeminists, and Me)