I had read about people being cremated and adding their remains to coral reefs, but the other day, while perusing the Happy Hippie site, I noticed this tidbit on an eco-friendly company that sells many sustainable options if one is going to have a burial.

I realized that there are a few interesting biodegradable options when choosing a mode of interment: 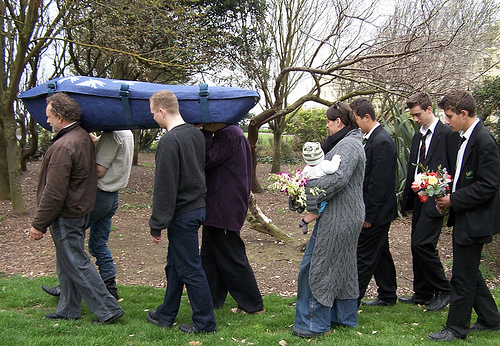 -The Eco Pod (seen above) coffin lets you enter the ground in recycled paper. 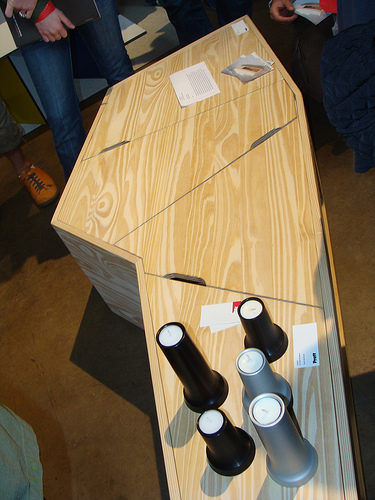 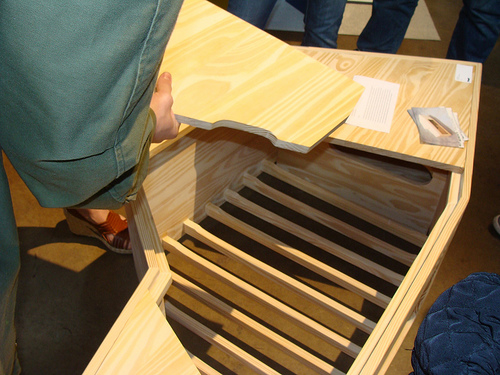 Remove the top covers to store games, books and magazines, and eventually in which to place the body, which will biodegrade through the bottom slats, which the designer also said “mimics the human skeleton”

At Brooklyn Designs this year, one of the most innovative ideas was from Charles Constantine of the Pratt Insitute. This beautiful “coffin table” is meant to bring death into the center of family life (literally) by being used as a coffee table until such time that it is needed, so that it serves two functions. Charles said that in this way the family could become comfortable with death and be a part of the final resting place of the person who has passed. -The Everybody Coffin is inexpensive and simple to assemble (?!) I am not sure who is going to want to build this after experiencing a loss, but maybe a family would get together to build it as an homage to the deceased. From personal experience, when my father died, I don’t think any of us would have been able to manage something like this, during such an intense time.

I like the idea of building it as a way to honor a loved one. You could incorporate flowers, botanicals, notes, letters, natural paints, and make it unique. Otherwise, if the family is too bereft, green funeral homes would assemble this for you. Since it doesn’t contain harmful chemicals such as formaldehyde, this could also be used for a cremation. 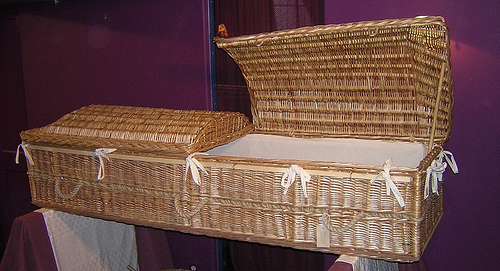 This wicker casket a nice option if one wants to go au natural and is planning on a ceremony. At first, we found it hilarious that you could go out in wicker! I have a “thing” about wicker, for some reason, so my hubby told me that if I get too cantankerous in my old age, I’m going out in one of these. 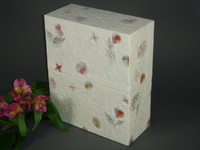 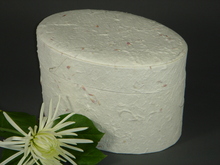 There are also biodegradable urns if you do go the cremation route.

And where to put that biodegradable coffin? Check out some of the natural burial grounds in the United States:
–Green Springs Natural Cemetery 93 acres in NY State
–Glendale Memorial Nature Preserve – 350 acres in Florida.

The Business of Green

A Green Tax for 'Binge' Flyers