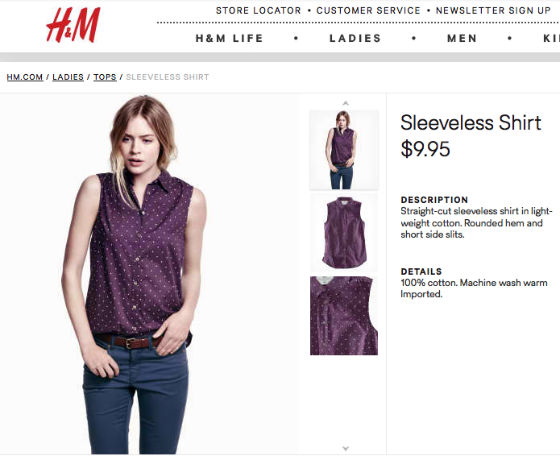 How can a fast fashion retailer like Zara get by on supposedly ‘razor-thin’ margins while its CEO sits on a personal fortune of $57 billion? Just after Forbes released its list of ‘Best Dressed Millionaires’, made up of fashion moguls hoarding enough cash to run their own small countries, the news came that Zara is under investigation yet again for alleged use of slave labor, this time in Argentina. So goes the fast fashion cycle, where human rights abuses and environmental degradation are considered necessary so we can get our disposable, soon-out-of-fashion garments at rock-bottom prices. H&M sells tops for as little as $5.95.

While he’s certainly the richest, Zara CEO Amancio Ortega (the fourth-wealthiest man in the world) isn’t the only fast fashion billionaire. He’s joined by Stefan Persson of Swedish retailer H&M, worth $28 billion, and Richard Hayne of Urban Outfitters, with a comparatively ‘modest’ net worth of $1.6 billion. These are companies that are frequently called out for serious violations of international worker rights standards, manufacturing their clothing in nations like Bangladesh where loose to nonexistent laws enable extremely low wages and horrific working conditions that can include child labor and rape of female employees.

In January, seven women were killed and more than 15 injured in a fire at a garment factory in Bangladesh, and Salon reports on a number of gut-wrenching and barbaric sweatshop exposés, including a factory in Jordan that produces clothes for Kohl’s and Wal-Mart:

Management hired young women from Asia, stripped them of their passports, forced them to work grueling hours for awful pay under a managerial regime that subjected them to routine rape. One woman hung herself in the factory’s bathroom with her own scarf after allegedly being raped at the hands of a manager. The Jordanian Department of Labor, when informed of the abuses, did nothing.

Retailers like Zara routinely express surprise when these conditions are brought to light, yet it occurs over and over again, and they clearly make no effort to manage the problem. In Asian nations like China, labor costs are rising, putting a ‘squeeze’ on Zara and H&M’s profits. Does that mean abuses in poorer nations will get even worse? Unfortunately, that will probably be the case, unless there’s some kind of large, organized international campaign to put pressure on these retailers to shape up. In the meantime, Amancio Ortega will continue to enjoy his $8 million super-yacht and $45 million private jet.

Jewelry by Pippa Small: Impactful and Joyous (in More Ways than Just Aesthetically)