The Children’s Health Environmental Coalition (CHEC) is a non-profit organization dedicated to creating awareness and preventive action through educating parents, caregivers, and the general public about environmental toxins and the importance of living a sustainable existence. Focusing on our youth, the CHEC hopes to minimize unnecessary exposure to man-made toxins that exist in our homes and public spaces, thereby preventing risk and generating grassroots action.

The CHEC is supported by a diverse group of board members who span vast sectors of the environmental spectrum. Some of these members are: Erin Brockovich-Ellis, the Director of Environmental Research at the Masry & Vititoe law firm in Los Angeles, Olivia Newton-John, Tessa Hill, whose son Clinton Hill founded Kids for Saving Earth before he died of cancer, and James and Nancy Chuda, who founded the CHEC after losing their daughter Colette, at five years old, to a form of environmentally derived cancer that was preventable.

The Chudas have been prominent in the realm of environmental education and reform. After losing their daughter at such a tragically young age, they began a foundation in her name that became the CHEC. Legislation has passed, including the Healthy Schools Act of 2000 that was signed into law in September of that year, in large part due to their passion and commitment to creating a healthier world for our children, and the CHEC is an organization that pays homage to their cause in a myriad of ways. With public representatives such as Laura Dern, Amy Brenneman, Leo DiCaprio, Myra Goodman of Earthbound Farms, Jeffrey Hollender of 7th Generation, and Meryl Streep, as well as professors, scientists and administrators from Yale, UCLA, Harvard, and the National Institute of Health Sciences, the CHEC is a prominent voice for environmentalism in the international community.

The CHEC has a new blog that focuses on precaution, prevention and self-empowerment when it comes to making our homes and the surrounding environment as safe as possible for ourselves and our children. The blog is sharp looking and well-written – highly recommended for anyone interested in living organically. 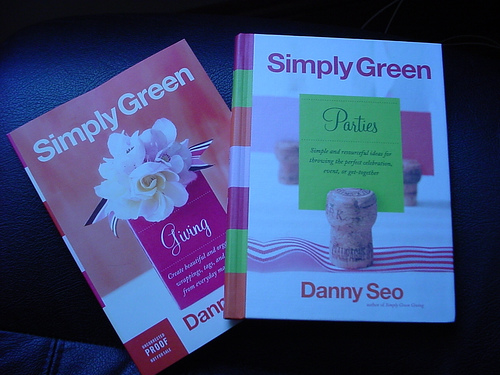 Near Union and Outside of Square