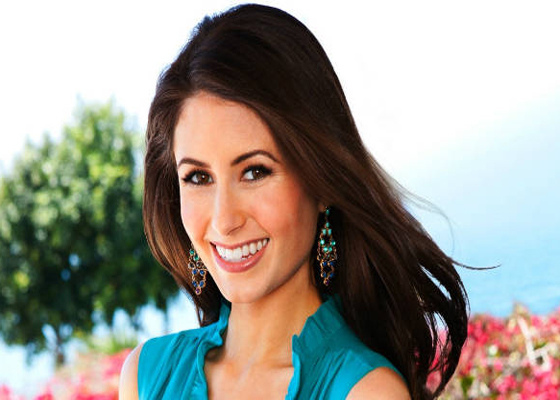 Heroine for the Planet Chloe Coscarelli just released her first all-dessert cookbook. We were fans of her last cookbook, so we’re thrilled the award-winning chef is offering up a healthy dessert bible filled with sweet vegan treats. The cookbook — which comes out February 19 — has more than 100 recipes for delicious cakes and cupcakes, ice cream and doughnuts and pies – all vegan of course!

“It is so wonderful to see veganism catching on in the mainstream media in more ways than one,” Chloe told Eco-Chick back in 2011.”I get so excited when people write me to tell me that they tried eating vegan for the first time with my recipes and loved it! Plus, the growing number of egg and dairy allergies makes all the more reason for vegan baking to come to the mainstream.” 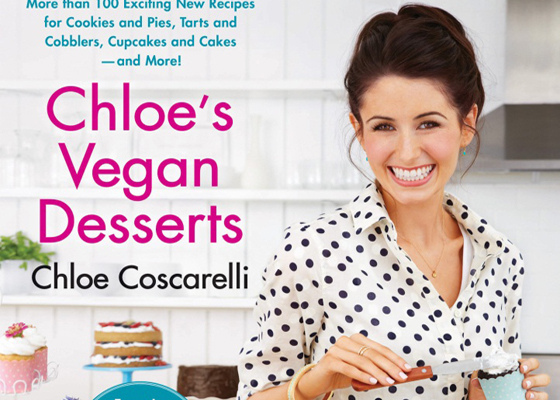 Chloe’s proven that vegan recipes can create incredibly accessible and delicious desserts without having to sacrifice flavor. But her approach is unique.

Instead of relying on the tofu, applesauce, egg replacer, and mashed bananas that many other vegan cooks use, Chloe works a different kind of food science magic, with liquid proportions and leaveners like baking soda and vinegar to make cakes rise and remain moist and to give her food a texture and taste that vegans and non-vegans alike crave.

To make the cupcakes: Preheat oven to 350 degrees. Line a 12-cup cupcake pan with cupcake liners and spray with nonstick cooking oil.

In small saucepan, combine nondairy milk and saffron. Bring to a boil, then remove from heat and let cool.

Fill the cupcake liners about two-thirds full with batter. Bake for about 20 minutes, or until a toothpick inserted in the center of the cupcake comes out dry with a few crumbs clinging to it. Let the cupcakes cool completely before frosting.

To make the buttercream: Using a stand or hand mixer, beat the shortening until smooth. With the mixer running on low, add pwdered sugar, vanilla, cardamom, and 1 tablespoon nondairy milk at a time, as needed, until frosting reachers a spreadable cosistency. Increase speed to high and beat for two more minutes until light and fluffy.

To assemble cupcakes: Pipe or spread a thin layer of buttercream on the cupcakes. If desired, garnish with gold pearls or dust. Or you can garnish with your team’s colors!

Get Your Home to Smell Great Naturally

Heroines for the Planet: Robin Wilson, Designer of Healthy Homes with Heart