If seeing is believing, Eve S. Mosher is helping us to stretch our imagination to conceive our world as it might be in a future whose outcome we determine. Among her public art projects, she has visualized a Times Square unplugged from its high voltage current. Referencing the time component of the ever-pulsing energy of the eponymous city square, a time-out would open up new perspectives, what Mosher describes as: “to see what exactly are we missing by seeing the ads and not the space between, behind and around them.” 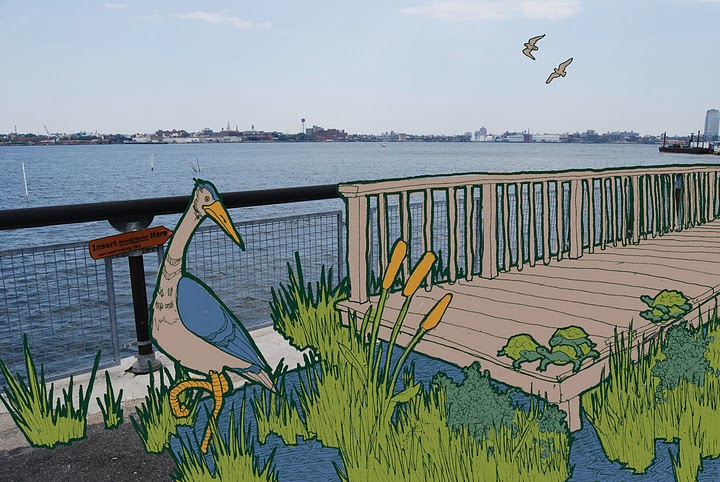 Mosher also highlights time in her numerous other urban projects, where we are reminded of the intimate connection of the past and the future in our present. Neighborhood signs, for example, recommending “insert___here” suggest the promise of filling in the blanks in altering our communities through proposed insertions like green roofs, bike lines, solar panels, and a local/organic farmer’s stand. She has also retraced the sea level of New York City, projecting a drastically elevated future waterline of a metropolis increasingly flooded as a result of climate change. 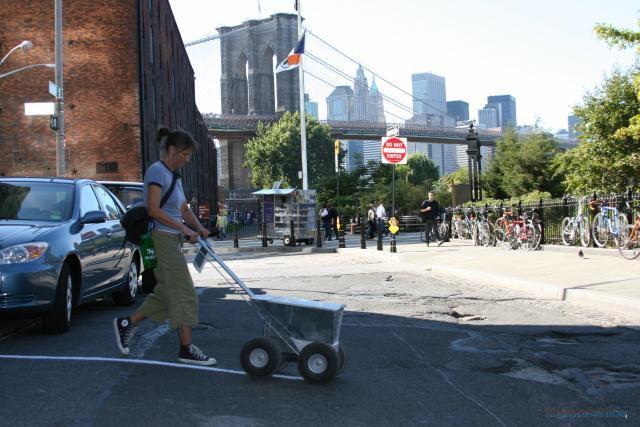 ▪ HighWaterLine ▪ (2007) – Passing through DUMBO, with the Brooklyn Bridge in the background

Seeding the City is Mosher’s most recent community project and it too expresses states of potential and becoming. Small plots of green tagged by vibrant green flags are sprouting on rooftops throughout Brooklyn and Manhattan. As Mosher herself describes, this initiative is about the power of potential: “Each installation is a seed of potential – potential for community action, potential for more green roof, potential for change!” 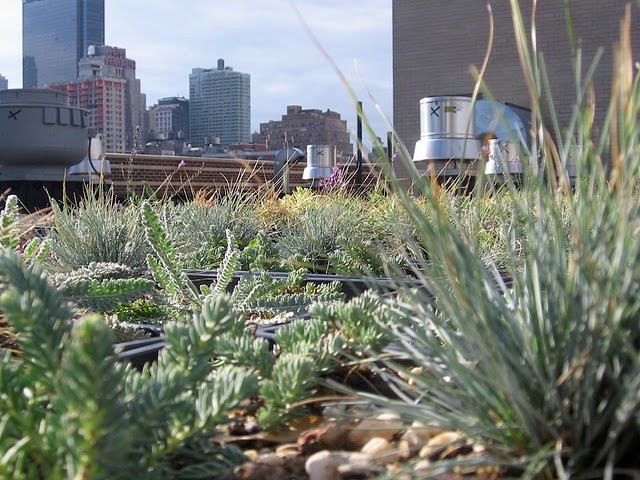 Mosher, who is in residence at Wave Hill through March, will be participating in a panel discussion on art and environment on Sunday, March 7th at 2pm (with Susan Benarcik and Anne-Katrin Speiss, moderated by Mierle Laderman Ukeles) and in an open studio event on March 21st. 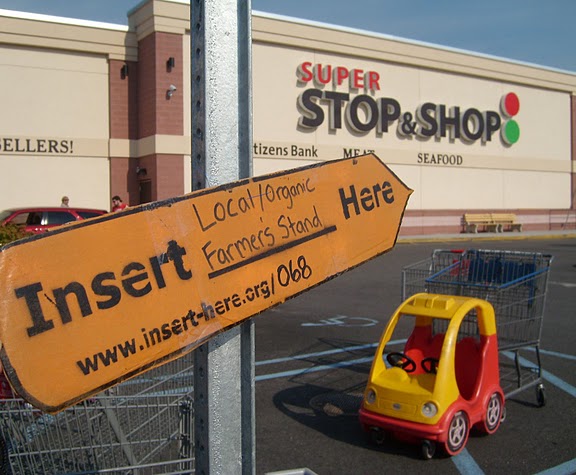 All images by Eve Mosher.