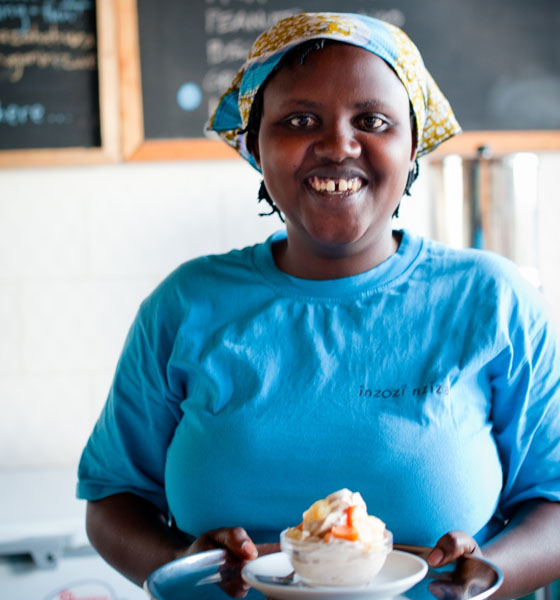 Two women from very different backgrounds are on a mission: to better the world with their ice cream.

Kiki proposed the idea of opening one of the organic and community-centric ice cream shops in her native country. Her argument was a compelling one — that ice cream could be a boon to war-torn Rwanda, a nation still recovering from the 1994 genocide.

Jennie and Alexis’ goal since the first Blue Marble opened in 2007 was to be a business that would better our world; its name, after all, was derived from one of our Earth’s monikers. So, they contemplated Kiki’s proposal long and hard.

While Blue Marble’s owners were thinking through such a radical expansion, visionary Eric Demby, co-founder of Brooklyn Flea, who happened to live just a stone’s throw away from their store, caught wind of the idea and wanted to help make it happen. Together, the three formed a non-profit called Blue Marble Dreams, and with Kiki’s help, they opened up Inzozi Nziza (“Sweet Dreams”) in Butare, Rwanda. It became the country’s first ice cream parlor.

Alexis recently carved out some time to chat with me, and I learned more about Blue Marble’s founders, their business, and why a poor country — 75 percent of its population is living below the international poverty line of US $1.25 a day — needed ice cream, of all things.

Lindsay:Take me back to when you and Jennie first met.

Alexis: Strangely, through Craigslist!  I moved to New York City to finish my masters, and I was looking for a roommate. I had been working in the non-profit world in international development and immigrant services. Jennie was an actor, and we wound up becoming roommates and great friends.

Lindsay: At what point, and why, did you two look at each other one day and say, ‘Let’s create an ice cream shop in our neighboorhood’?

Alexis: My plan all along was to go back abroad after I finished my masters, but I was bitten by the New York City bug.  After some time here, I was itching to do something that exercised my ideals in a creative way. I was interested and disgruntled by the private sector and the way it responded to community.  I felt it could do a lot more than it was currently doing in terms of the way it conducted business — product offerings, the experience of employees and lack of social mission. I also have a raging sweet tooth and realized that our neighborhood (Cobble Hill, Brooklyn) didn’t have anywhere to get really good ice cream.

I had a eureka moment, and I wanted to see if I could build a business that I thought was possible. I also realized I needed to bring someone into this. Jennie is super smart and super energetic, and lucky for me she said, ‘Let’s do this.’

Lindsay: What differentiates Blue Marble Ice Cream from other ice creams out there?

Alexis: Our unwavering refusal to compromise the quality of our ice cream. We source our dairy from healthy and happy grass-fed cows from New York State farmers. We do not use any artificial coloring, flavoring, or corn syrup. We keep our flavors simple, and incorporate seasonal ingredients. We’re a better option to the preservative-packed, sugar-laden ice creams that are out there.

Lindsay: You’ve cultivated a loyal customer base which adores you, Jennie and your ice cream. How important is community to Blue Marble?

Alexis: It guides every decision we make. We are very committed to the well-being of the people around us. That’s why we went organic. We decided to go that route even though we knew we’d have to sacrifice profit margins to fit to our principals.  With ice cream, your chief clientele is children, and we could not fathom the idea of giving children an unhealthy product. We created a product that we wanted to eat and that we wanted our children to eat. We’re also very proud to support organic agriculture in New York state. And by providing such quality products, it extended our whole ethos. We thought: “how can we create this perfect product and serve it with a plastic spoon?”

Lindsay: Speaking of which, how have you incorporated elements of sustainability into Blue Marble Ice Cream stores?

Alexis: We use biodegradable cups and spoons, and we run on renewable energy generated right here in New York. Our tabletops are constructed with Kirei board, we used American Clay as a paint alternative, recycled glass countertops by IceStone. Since Jennie is an actor, she had connections with people in set productions, so we incorporated salvaged materials from a few theaters into the stores.

Lindsay: Along the way, what have been some challenges you and Jennie have faced?

Alexis: Doing the right thing is not always easy, and it’s certainly not cheap! It’s been a challenge to find a balance between building a sustainable business and doing the right thing, keeping all of our products at a price point that’s accessible. We’re not just looking to produce a product for the Whole Foods set; our products are for everyone. So we do our very best to keep our prices low. One of our biggest challenges has been to really get the word out about why it’s important to chose high-quality products for yourself and your family. Yes, there might be a $2 ice cream alternative to us out there, but it’s made with cheap mixes, preservatives. It’s full of sugar, and it’s not healthy.

Lindsay: Your non-profit Blue Marble Dreams explores ice cream’s potential to inspire joy and spur economic growth.Tell us about your very first initiative in Rwanda. Many reading this might be scratching their heads thinking, “Rwanda??” How did it all happen?

Alexis: Rwanda was not our idea. Jennie met a Rwandan playright and drummer named Odile Gakire Katese (she goes by Kiki) at the Sundance Institute where they were taking part in the Theatre Lab. Kiki approached Jennie with sound reasoning for why we should consider opening an ice cream shop in Rwanda. Kiki explained what a huge boost to the community it would be, because there’s still remnants and sadness from the 1994 genocide. She said, ‘There’s no room to dream when survival is the only goal. You can’t just rebuild roads; you have to repair people, and show that life is good.’

Lindsay: Once you conceived this idea, how on earth did you successfully introduce ice cream to a culture previously ice creamless?

Alexis: Kiki had founded Rwanda’s first-ever drumming group (Ingoma Nshya), an activity previously reserved for men. But Kiki thought that was silly and outdated. She saw drumming as a way to give women an opportunity to develop themselves and develop their identity, and to have a creative outlet. The country’s people are still struggling with the aftermath of the genocide, and these women are all relatively poor, have family problems and domestic marital issues. Kiki saw drumming as a way Rwandan women could create something joyful together, and she was encouraged by the impact she saw it had on the women. But she couldn’t provide income. We could.

She saw Blue Marble as a way for women to make a living and pursue bigger dreams. So we raised the money through fundraising events, angel donors, and hundreds upon hundreds of complete strangers sending us checks when they learned of what we were doing. Our story got picked up by some key media, which really helped. Everyone just said, ‘Let’s reach out to our friends across the globe and give to Rwanda.’ There’s something so therapeutic and healing about ice cream, and I think people valued that experience in their life and they wanted to give it to someone else. People could really relate to it. Jennie and I got so much help from our community.

So we provided the women of the drumming group jobs and training in ice cream production and operations, but also in basic business principles and accounting. These women now earn a sustainable income through the shop. None of them had ever had bank accounts, and now many of them have opened saving accounts where they allocate money. They’re not just surviving anymore, they are planning for the future.

Lindsay: Where does Inzozi Nziza ( or “Sweet Dreams”) source its ingredients?

Alexis: Here, we’re eager to support local farmers and producers. And that goes for Rwanda, too. We source ingredients from local dairies, beekeepers (for honey) and farmers (for fruit toppings). We wanted to offer a coffee flavor, too, since Rwanda is a noted coffee exporter. There are lots of farmers in Rwanda, and we really wanted to support their local agriculture there.

Lindsay: What inspires you every day?

Alexis: Jennie inspires me every day. It’s true. I found the most amazing business partner I could find.

The community of entrepreneurs and small-business owners I see when I look around inspire me. I see these brave souls who have ventured to New York City, and I’m inspired by their ingenuity, perseverance and sacrifice. It’s hard, and we’re all just trying to make it happen.

And Eric Demby inspires me. He is so brilliant and creative; he’s done wonders to truly bring the best to the forefront at Brooklyn Flea.

Lindsay: Do you feel that ice cream can be a symbol of hope for other parts of the world?

Alexis: The mission of Blue Marble Dream is to support joy and prosperity throughout the world through a very unlikely medium: ice cream. We have plans to go where we’re needed — that could be Cameroon, the Bronx, Sri Lanka, wherever! But it has to evolve organically.

Jennie and Alexis will be featured on the Today Show Wednesday, October 19th! The Blue Marble gals will talk with Jenna Bush–slightly cooler than being interviewed by me! 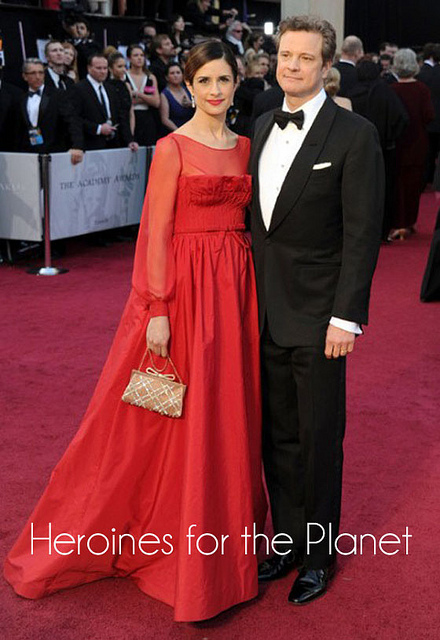 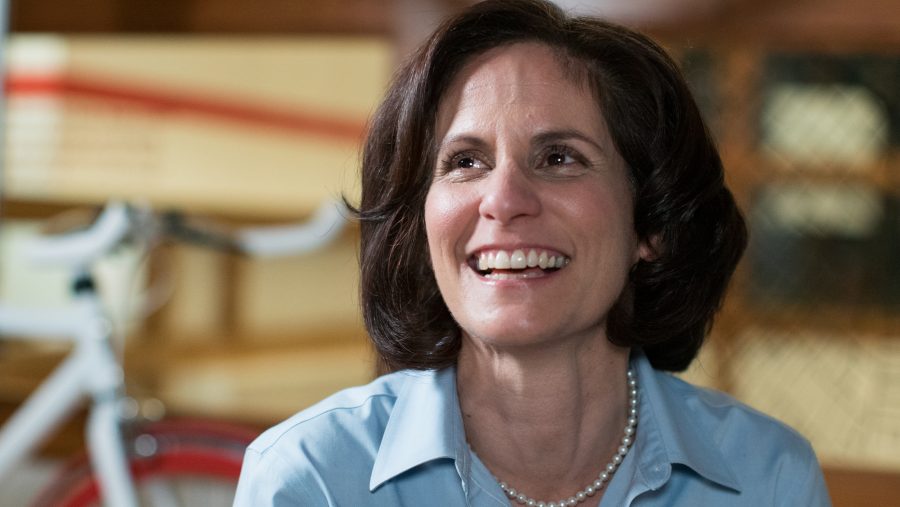 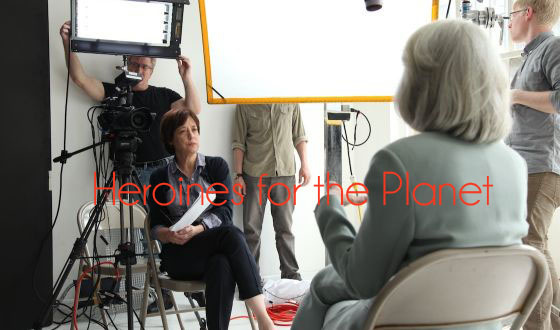