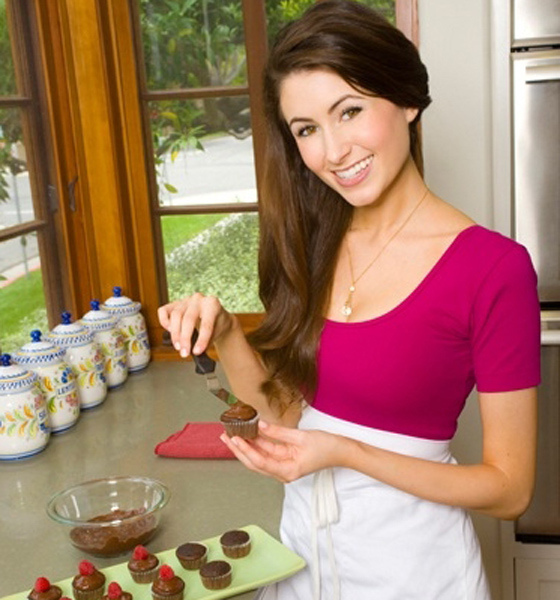 Chloe Coscarelli is as sweet as the vegan cupcakes which landed her the winner on the Food Network’s Cupcake Wars. She truly is! At just 23, Chloe has baked her way to the top, and she’s helped veganism garner the mainstream media attention that it so deserves.

In between a mix of baking, cooking and writing her next cookbook, I chatted with the young vegan chef about “the big win,” her thoughts on America’s food industry and how she continues to refine her craft each day. 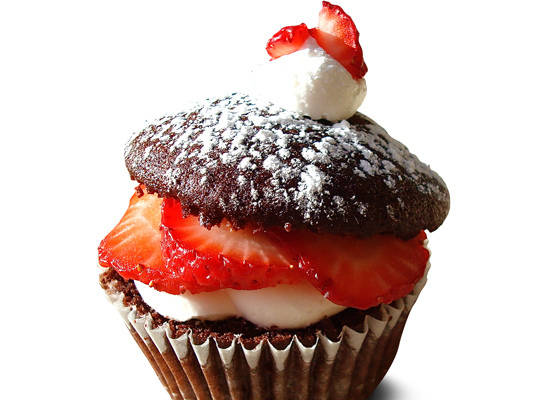 Lindsay E. Brown: You decided to go vegan in High School and you never looked back. What do you love most about your vegan lifestyle?

Chloe Coscarelli: I love everything about being vegan! It feels great to be able to look my loving dogs in the eyes and know that I am not eating any animals for lunch. I also feel great eating vegan food because it never leaves me feeling heavy or tired after I eat. I also find that vegan food tends to be more flavorful, colorful, and creative than foods that rely on meat and dairy for flavor.

LB: At what point did you realize that food was your life’s passion and you wanted to become a vegan chef? Did you have any reservations or fleeting thoughts of failure?

CC: While I was in college at Berkeley, I found myself cooking more than I was studying. My friends would spend late nights in the library and I would smuggle in baked goods to pass around to them. Whenever a friend had a birthday, I would take the opportunity to not sleep for 3 nights and craft a quadruple-tired birthday cake (wedding cake style!). At some point I decided to listen to the voice inside of me that wanted to cook and I took a summer internship at Millennium, the best vegan restaurant in SF. When I graduated Berkeley, I got straight on a plane to NY to begin culinary school. There were SO many times that I doubted my choice to pursue cooking, but every day that I spend in the kitchen reminds me how grateful I am to do what I love. It’s not always easy to follow your dreams, but the challenge and uncertainty is what makes it exciting.

LB: Before you took home the top honor, how did you audition for Cupcake Wars? You were this beautiful, progressive young women bringing something entirely different to the counter. Were you concerned that the Food Network wouldn’t pay attention to your vegan cupcakes?

CC: I found an ad for the casting call on twitter one day and decided to try out on a whim! I was nervous that the Food Netork wouldn’t want to cast a vegan baker on the show, but they were totally open to it! I was so relieved! 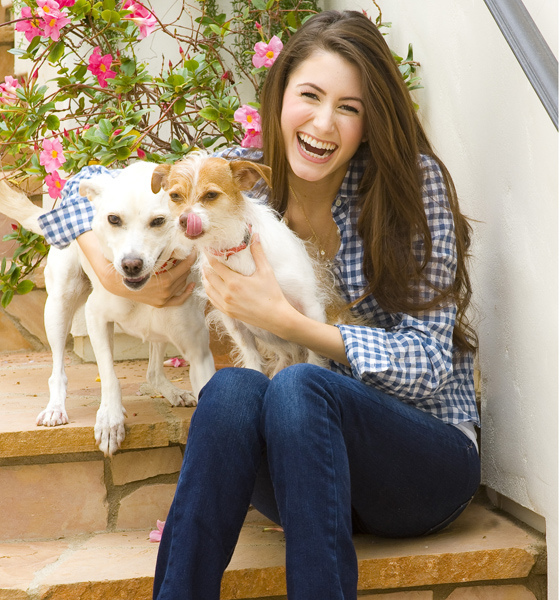 LB: You’ve been such a breath of fresh air for the vegan community in that you’ve caught mainstream media’s attention and more people are finally seeing that vegan cooking is exciting, delicious and healthy. How does it feel to know you’ve ignited such interest in vegan cooking?

CC: It is so wonderful to see veganism catching on in the mainstream media in more ways than one! I get so excited when people write me to tell me that they tried eating vegan for the first time with my recipes and loved it! Plus, the growing number of egg and dairy allergies makes all the more reason for vegan baking to come to the mainstream!

LB: What bothers you most about the food and meat industry in America?

CC: It is certainly frustrating to see advertisements that target kids and promote unhealthy and environmentally harmful eating habits. The good news is that there is a growing source of new information helping to change this!

LB: You don’t strike me as the sort of girl who’d rest on her laurels after a big win. How do you continue to refine your craft and better yourself each day?

CC: With all the great vegan restaurants in LA, it’s tempting to eat out a lot, but cooking and baking everyday is the best way to learn and grow as a chef! I’m working on a cookbook right now, so I have been spending lots of time in the kitchen testing and retesting my recipes! I’m also lucky enough to live with my dad and brother who gobble down EVERYTHING I make, so there is little waste!

LB: The recipes on your site are to die for! Do you prefer to cook or bake? And can you share with us a few of the secret ingredients you love to work with?

CC: Thanks Lindsay! Do I have to decide? I love to cook AND bake! For savory, cooking avocado has got to be my favorite ingredient because it is creamy, rich and delicious- a perfect replacement for animal fat! As for dessert- coconut milk is a fabulous dairy-free substitute for heavy cream. I love to use it in my baking.

CC: I’m working on a cookbook that will be out in February 2012. I’m so excited to share it with everyone, so please stay in touch for more details!