Larry King Live had a kick-ass show tonight on the topic “Is America Addicted to Oil.” Special guests, Robert Redford (who is heading up Kick the Oil Habit) and CEO of Chevron, David O’Reilly had the hot seats. However, the best piece of the episode was the panel that King brought in which included: O’Reilly, Senator Kay Bailey Hutchinson (R-TX), Senator Dick Durbin (D-IL), David Yergin (Chair of Cambridge Energy Research), and Sir Richard Branson (we know him for Virgin Records, but also for investing in alternative energy). 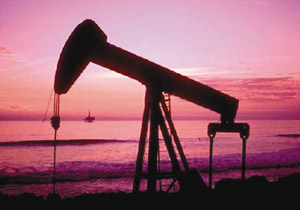 I have to applaud the civil discussions that members had on the panel. I might not even call it a debate panel, partially because there was more agreement across the board, than confrontation. There was a resounding agreement for “conserving energy coupled with efficiency” and also a call for development of an “integrated energy strategy,” not only for energy efficiency but also for energy security. A big embrace came to increasing of ethanol, which comprises of 2% of gasoline right now. A highlight of governmental investment into cellulosic ethanol technology was discussed by Branson and Yergin. Supposedly the Democrats have assembled an energy policy to make us 40% less dependent on oil….would like to see that strategy put in motion…not to mention more debates that bring out Chevron CEOs, politics, venture capitalists, and enviros. Way to go!

What really pissed me off though were the questions coming in from the public. The concerns were still the “price at the pump,” which shows just how hung up we are on the microcosmic issues of oil. Wake up world: this is a global issue and it’s not just what’s coming out of your pocket…it’s about security, it’s about environmental health – your health – and about the state of the planet.

Pollution Makes You (and Your Kids) Fat: New Study

These Eco Boots Were Made for Walking; Through Wind, Sleet and Snow