For months, numerous groups and individuals have been petitioning the new administration to be the symbol for all Americans to follow — to lead by example and plant an organic food garden at the White House. Well the dream is becoming an reality. Tomorrow (March 20th, the first day of Spring), Michelle Obama will break ground on a new garden on the South Lawn of White House.

As reported by The Washington Times, the 1,100 square foot garden will include 55 kinds of vegetables, berries, herbs and two beehives for honey that will be tended by a White House carpenter who is also a beekeeper. The list of produce was chosen by White House chefs and the harvested food will be used to feed the first family daily, for state dinners and other official events.

Better yet, the garden will be organic using only organic seedlings, soil and fertilizers. The total estimated cost for all the materials…$200. 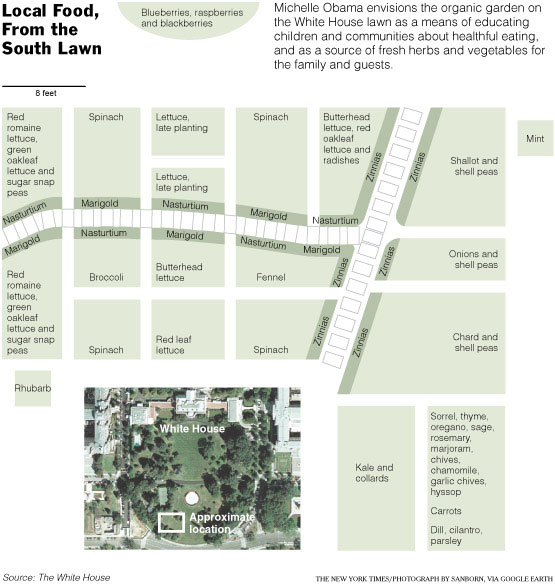 As reported by the New York Times, the plots will be in raised beds fertilized with White House compost, crab meal from the Chesapeake Bay, lime and green sand. Ladybugs and praying mantises will help control harmful bugs.

Don’t we all wish we had this garden?

Alice Waters has been lobbying the White House for a garden since 1992. “It just tells you that this country cares about people’s good health and about the care of the land,” she said. “To have this sort of ‘victory’ garden, this message goes out that everyone can grow a garden and have free food.”

“A real delicious heirloom tomato is one of the sweetest things that you’ll ever eat,” said Michelle Obama. “And my children know the difference, and that’s how I’ve been able to get them to try different things.” 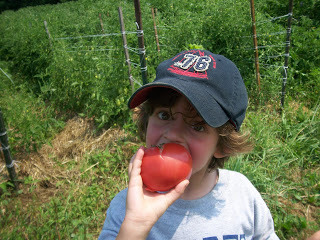 I hope all Americans will follow the Obama’s lead; to plant and garden and find out what a real tomato tastes like.

How about you?  Let me know on Twitter: @Green_Luvin