Microorganisms are both easy to dismiss and un-ignorable—but whether you think about them or not, they’re a big part of who we are, literally. According to the NIH, “The human body contains trillions of microorganisms — outnumbering human cells by 10 to 1. Because of their small size, however, microorganisms make up only about 1 to 3 percent of the body’s mass (in a 200-pound adult, that’s 2 to 6 pounds of bacteria), but play a vital role in human health.”

Besides helping us digest our food, converting light to energy or food for animals, and generally helping the world go around, microalgae, bacteria, and fungi are now also being harnessed by some smart humans to solve some of our most pressing challenges: How do we make our everyday lives sustainable on a global scale? How do we produce the stuff we need with less (or no) impact on the planet’s limited resources?

Here are a few of the most interesting innovations courtesy of microorganisms out there: 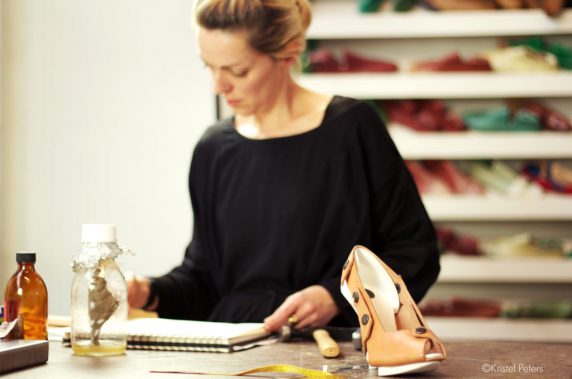 Kristal Peters, a veteran of the luxury fashion industry, believes that fashion should set a higher standard of sustainability for the rest of the business. Incorporating the cradle-to-cradle method of production to her philosophy, Peters has developed a modular shoe concept called Alice. Alice marries multiple sustainable elements together like sawdust with new technologies like 3d printing to make the shoes of the future.

Most importantly, Peters has also found an innovative use for fungal mycelium’s dense, strong and knitted filaments. She’s designing the self-assembling, living shoes of the future. Peters believes that the whole fashion industry should face the reality of its impact on the planet and turn to making innovative choices in production—even incorporating more than one as she has for Alice.

We’ve had dreams of a vegan, biodegradable leather that could become beautifully textured, sustainable accessories—so we could have the long-wearing and beautiful patina of leather without the animal death (and possible prior torture).

Associate professor at Iowa State University, Young-A Lee took that challenge to heart and has invented what is being called vleather.

Made from cellulose formed from the “mother” in kombucha, vleather requires that the cellulose is harvested over a time from a fermentation process that uses sugar, vinegar, and yeast. The filmy bacteria that develops atop of the batch of tea is dried to make the textured vegan leather.

Lee’s team over at Iowa State University has received an EPA grant to try to incorporate the material into different fabrics as it has zero negative effects on the environment—and it’s free of nasty chemical run-offs that are usually present in leather tanning.

Unfortunately, the vleather is not yet ready for use outside of the lab quite yet. Because of its cellulose composition, the leather is very susceptible to varying weather and environmental conditions. Getting the leather wet may dissolve it, while the cold may make it hard and brittle.

As she’s ironing out these kinks in her lab, Lee believes that developing new and innovative fabrics matters. Lee’s helping the fashion industry take a second look at how the current landscape of manufacturing fashion is resulting in towering landfills.

“Socially conscious awareness from the consumer end plays a lot,” Lee told Fast Co.Exist. “[But] employees who work in the fashion industry need to be fully educated on this movement. The key is changing their values to consider the betterment of people and the planet in a long run, instead of focusing on a consumer’s short-coming interest.” 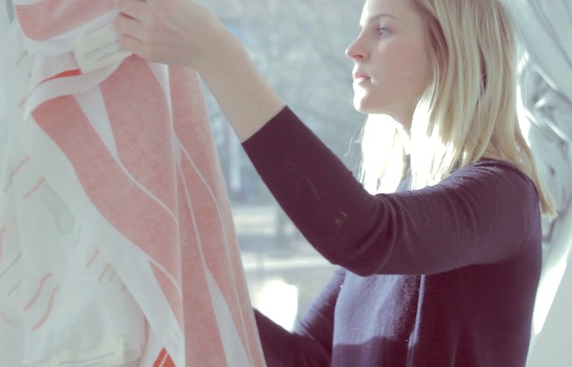 You probably know that algae are an uber important part of our planet’s ecosystem. They provide a bulk of the oxygen we breathe and are an infinite source of nutritional goodness. Yet, did you know that microalgae stand to change the way we make fashion?

Naming this project Algaemy, hints at the bit of chemistry and magic of this discovery. The design firm has already incorporated them into textiles, shoes, and clothing.

The two geniuses behind the practice of algae dyeing developed a machine that cultivates the algae which then applies the dye to their designs. As a natural ingredient, the algae’s colors fade with time and general wear which may be a deterrent for some designers.

Blond & Weber continue to seek manufacturers and designers that agree with their eco-conscious principles in order to bring us more microalgae hues.

To learn more about vegan and sustainable fashion, explore this wonderful guide.

Carte Blanche Ethical Fashion: Get In on the Ground Floor with This Smart New Label

Ponchos, Capes and Wraps, Oh My! Autumn's Trend is a Perennial Fave