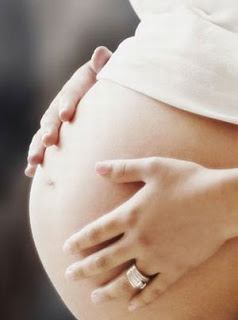 Pollution contaminates our water, air, and land. It has been proven to cause asthma, allergies, cancer, emphysema, and whole host of other diseases. It causes global warming, kills our wildlife and now scientists from the Environmental Epidemiology at the Institut Municipal Investigacio Medica in Barcelona discovered it causes OBESITY.

So in addition to fast foods and processed foods, pollution causes obesity? The Spanish study revealed that children who were exposed to a range of common chemicals and pesticides in the womb had an increased chance of becoming obese later in life.

As reported in the journal Acta Paediatrica, scientists looked at the concentration of hexachloreobenzene (HCB) in the umbilical cord blood of 405 children born in Menorca from mid-1997 to mid-1998. Among those data point collected post birth, scientists looked at infant height and weight.  Feeding practices were reported by mothers in interviews at six months and one year after birth.  Additionally, the children’s height and weight were measured when they were 6.5 years old. The study revealed that children with the highest exposure to HCB were 2.5 times more likely to be overweight. The researchers also reported that these children were three times more likely to be obese than those with lower exposure levels.

So, what is HCB? Hexachlorobenzene is a fungicide formerly used to treat seeds to control fungal disease. It was banned globally in the ’90s under the Stockholm Convention which banned chemical substances that accumulate through the food chain, and pose a risk of causing adverse effects to human health and the environment. HCB has been banned in the US since 1965 but can still be found in our environment in 84 Superfund sites in the US and all across the world. It is a known animal carcinogen and a probable human carcinogen.

Studies have found that HCB accumulates as your move up the food chain, like mercury. Therefore, if you eat a large fish like tuna or swordfish that has eaten smaller fish that have been contaminated, that have eaten mollusks and insects that contain HCB, the concentrations of HCB in the larger fish would be extremely high.

So what else have children been exposed to prior to being born, and what impact might it have on my kids (and yours)?

Previous studies have linked bisphenol A exposure to obesity in animals, and other studies have linked phthalates to obesity in adult men. As reported in the Telegraph in the United Kingdom, “The report’s authors are now calling for exposure to similar pesticides to be minimised, including bisphenol A (BPA), used in baby bottles and cans of food, and phthalates, found in cosmetics and shampoos.” Tests have shown BPA is found in the bodies of 95% of Americans, while 90% have been found to be exposed to phthalates in the womb.

Between BPA, HCB, and phthalates, I’m frustrated and concerned. I would prefer to screw my kids up on my own and not worry about what their sippy cups or shampoos are made of, or what banned fungicides are in their foods.

What’s keeping you up at night?

You can read more of my posts at on my blog Green Luvin’ or join me on Facebook.