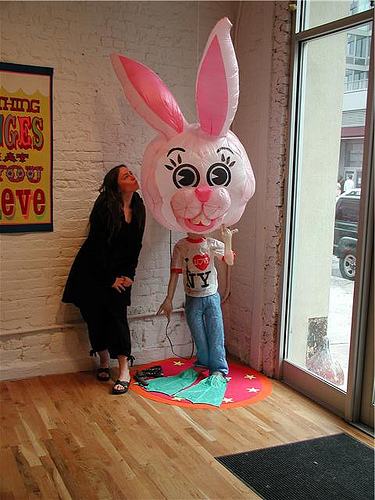 Arina and the pink bunny!

Rushing around NYC on a recent evening, I was stunned by what I saw in the La Mama gallery. With my nose pressed against the glass window, I gazed in wonder at a marvelously crafted menagerie of objects and characters with animated faces. These were inflated balloon-like sculptures, among which were a giant pink bunny, puffy clouds, a fluttering dove, a melting ice-cream cone, a uterus, and in the gallery’s center, a huge hand pointing to a crazy looking clown wearing kinky panties!! 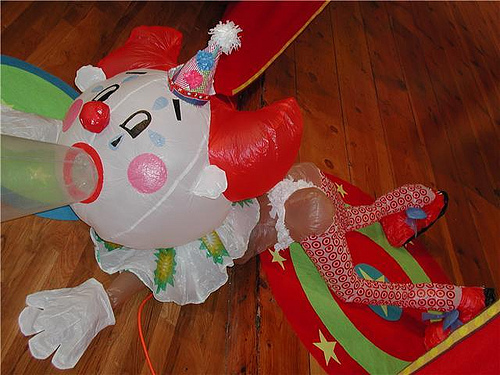 When I recognized unmistakable logos like “Have a Nice Day” and “I Love NY”, I realized what these sculptures werr made of; none other than the much-reviled plastic shopping bag! Curious about the story behind this suspected recycled art medium, I got in touch with the Miami-based artist Tawnie Silva. He informed me that his inspiration for this work comes from balloon floats made for parades. Originally Tawnie meant to have these sculptures constructed by a parade float manufacturer to his specifications. Disappointed with those results, Tawnie realized that the way to get this project done right would be to make everything himself. 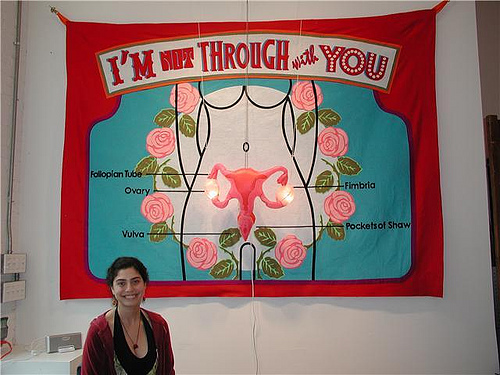 At this point his exhibition deadline was approaching and he couldn’t get parade float nylon in time for the show. Tawnie started researching other materials for making his inflatable sculptures. Several artists in his circle recommended plastic shopping bags as being great to work with, and Tawnie found this to be true. In Miami, however, most bags used in stores are the same. Since NYC stores utilize a wide variety of colors in their shopping bags, Tawnie implored his pals in Gotham to recycle their shopping bags and send them to his studio where he transformed them into these fascinating creations……and Ta Da! 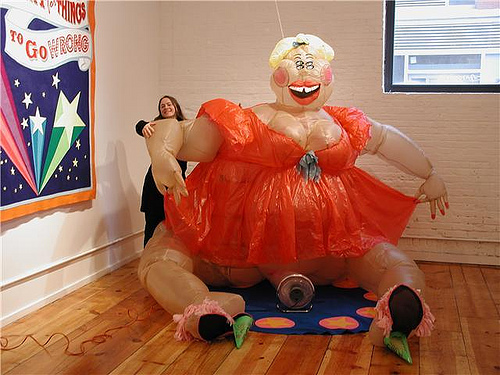 Check out more plastic bag art at these sites below:
An Australian Artist