This year, I wasn’t able to make it to all the fashion week shows, due to an impending deadline for another project – and the fact that there’s only one of me to go around and lots of eco fashion wonderfulness happening. However, my fearless and amazing eco fashion blogging cohort has been out and about getting all the amazing details and images! Check them out here:

Edun Offers Africa with an Edge: Via Ecouterre 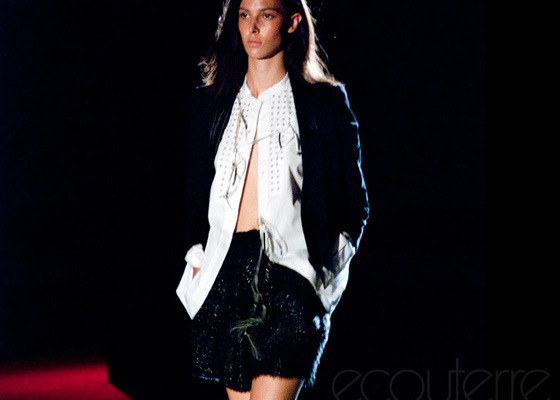 “Despite a profusion of shells, feathers, horn, and demure African floral prints, Wauchob’s third outing at the helm has lost none of EDUN’s cool-girl-in-school verve. In an apparent attempt to overcompensate, however, EDUN makes unlikely bedfellows of fishnet mesh, parachute drawstrings, and oversize curtain grommets (the type you’d pick up in packs of eight for $12.99 at your neighborhood Jo-Ann). Overall, the impression is of someone trying too hard, although the coordinating bicycle bloomers, we’d allow, are a pleasant and unexpected touch. Some of the tailored separates (a boxy hemp/recycled-polyester gabardine, a pressed front-tie oxford shirt) are even work-appropriate.” – Read More at Ecouterre. 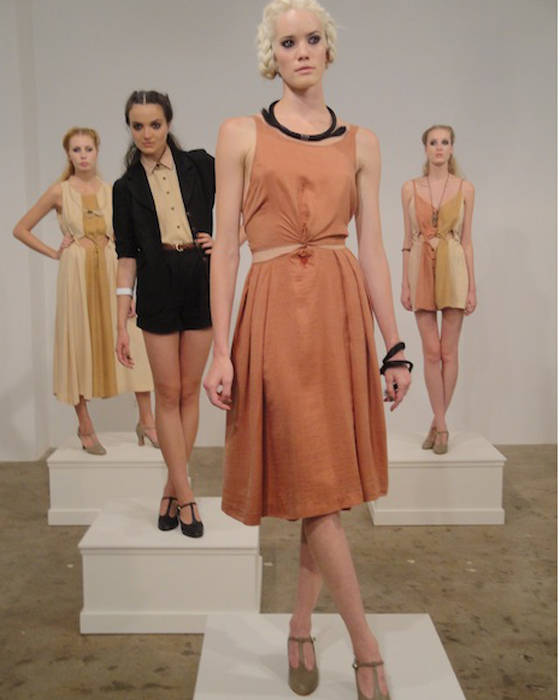 “The Brooklyn-based designer shows many signature silhouettes and styles, including rompers, one-piece bathing suits, and capes, with added details, such as square cut-outs throughout. The result: a cohesive collection in earthy tones, from peach and rust to teal and black.” – Read more at Treehugger Treehugger.

M. Patmos’ S/S 2012 Collection with Soul, Style and a Story: Via GretaGuide 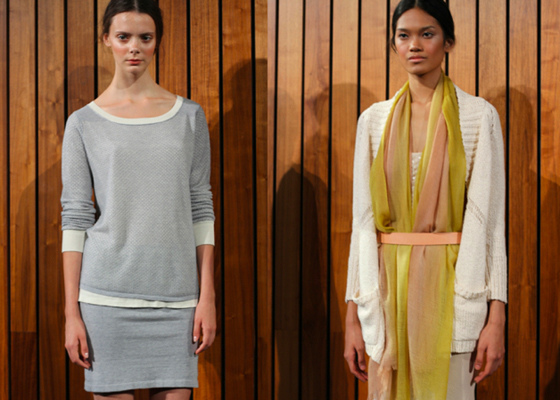 “The M Patmos SS12 collection evokes one word: wearable. Every piece stood on its own and simultaneously mixed in with all the other pieces seamlessly. Soft beige and grey tones set the mood that was then accented with a bright pop of lime green and navy. As a feeling, the collection can best be described as gentle. Gentle colors in very gentle on the skin fabrics such as organic cotton and hemp. Just enough designer detailing to set each piece a part and add interest.” -Read more at GretaGuide 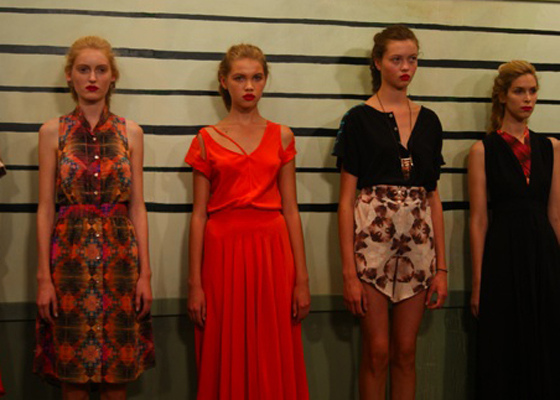 “I caught up with Jones the day prior at Tour de Fashion’s “Borrow A Bike,” and she said of her collection: “Each one of my collections has something to do with music and literature. This time I grabbed from The Teachings of Don Juan: A Yaqui Way of Knowledge by Carlos Castaneda and Patti Smith’s album, Horses. Both are all about searching for a higher truth,” says Jones.

“Plus I feel like I can bring a connection to the consumer when it comes to the creation process, bringing in music and literature that people love and can relate to” she says of her silk and silk cotton line made in New York City’s Garment District.” -Read more on Ecosalon 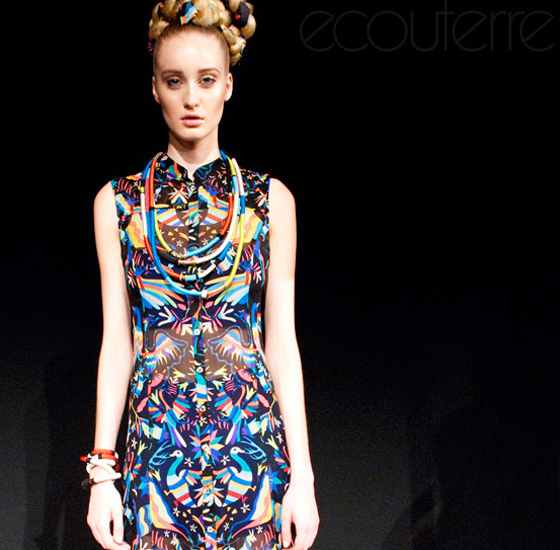 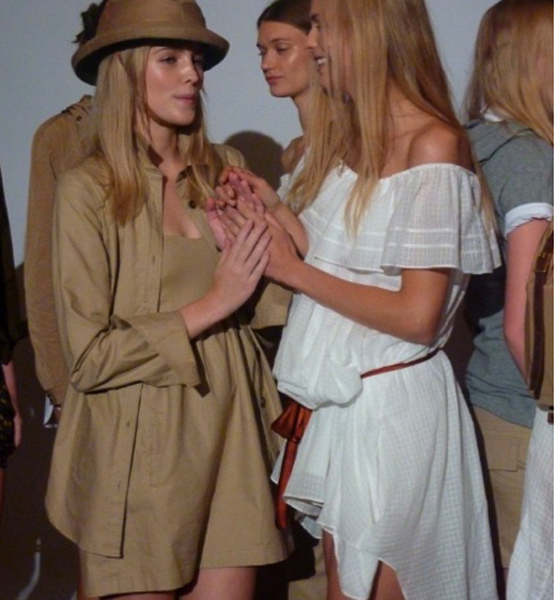 “Patrick says, “I don’t do trends,” allowing him to take the idea of sustainability to his own metropolis where other designers want to emulate him and where in fact, he becomes the trend setter. Patrick says this collection comes from his personal quests: “It’s about going on a journey, but you don’t know where you’re going. It’s where I am in life.” If not by intent, his designs nonetheless feel very relevant – light, ethereal and make for an effortless and natural life.” Read More on Ecosalon