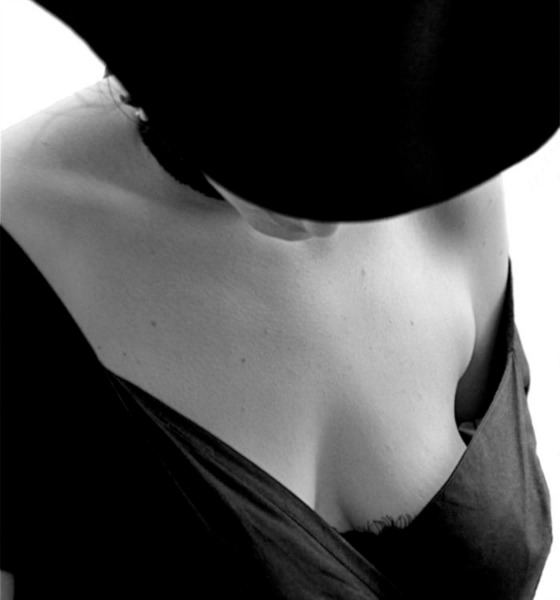 The thing that nobody ever tells you—and who knew there were secrets in this personal-details-everywhere world—is that breasts change over time. This is the thing I want to tell every woman ever who is thinking about getting breast implants. Especially because it never seems to come up in comments or “I’m getting implants because Empowerment” or their flipside, the “Implants are wrong because Fakeness” articles that abound all over the Web. Breasts change as you age, and in my case, they got better.

Over time, mammaries move—why didn’t I know that? I was a pretty well-informed kid raised by a body-positive grandmother who enjoyed walking around nude. Of course I understood that breasts eventually change; I saw what hers looked like at 72, pendulous as there were, having been well-used to feed two hungry baby boys, and flaunted when she was among the first of her friends to wear a two-piece bathing suit.

But what I didn’t know, what nobody told me, and what wasn’t openly discussed when I was a teenager (and still—from what I see as I Internet around—isn’t), is that boobies change size, shape and heft over a lifetime, and that this is more common for women than it is that they stay the same for 40 years (though I’m guessing there are some women for whom that is true). My legs are pretty much the same as they’ve ever been, ditto on my belly; my feet haven’t changed size in 20 years. But my boobs? They aren’t even recognizable to me as the ones I started out with.

Admittedly, I was a bit of a late bloomer; I didn’t get my period until I was 14, and I finished off my senior year with an almost-flat chest. I remember at the time wishing for boobs to balance out my otherwise curvy figure (read: I have always had and continue to have plenty of bum). If I had the money and the ability—much more common now as implant prices have gone down and social acceptance has gone up—perhaps I would have seriously considered breast implants when I was a teen, so deep was my frustration with my tiny melons.

I was ashamed enough of them that I didn’t wear a fitted shirt until I was 21 years old (I was a teen in the 90s, so this wasn’t that hard to pull off, fashion wise). And I’ll never forget that night when I finally did pull on the snug tee and my friends cheered me on. I felt awfully self-conscious until my third beer, and then I didn’t care anymore. It wasn’t until my mid-20s that I wore anything less than totally blousy up top unless I was going out.

Plenty of women get breast implants when they are 18. And plenty more when they are in college. During that time, I tried push-up bras, padded bras, no bra, and sports bras, but my ladies were up so high on my chest, that even though in reality (I now know) they weren’t that small, there was no cleavage, no ‘wiggle room’ to push them into other contortions, even for the evening. They were high and perky without a lot of volume, since it was all kind of integrated into my chest muscle.

So I thought I had small boobs, and dressed accordingly, for years. Now, I’ve never been skinny, and my weight has fluctuated only about 15 pounds over the 17 years since I was 18 (up in my mid-20s and then back down when I was 30, and that’s it), but something started happening in my 20s and has continued to do so.

My breasts have gently, gracefully fallen. Not only are they not high on my chest (so as to look almost ridiculous, or so I thought when I was 18), but their mass has fallen and come together in a pleasing breast-like shape, so that I am almost a full cup size larger than I was when I was 18, though I’m the same weight. They haven’t gotten bigger, they’ve just changed shape. I now have the breasts I always wanted; full but not huge, small enough so I can comfortably sleep on my belly, large enough to make cleavage when I wear a good bra, and just the right size for my frame.

But if I had gotten implants at 18, or even 22, I never would have grown into my breasts in this way. I never would have known how sweet they would look filling the top of a sun dress; I would have had no idea that my previously frustrating breasts would end up being….perfect—for me.

Stories like this abound among women, if you get them talking. My aunt, a slim wisp through the 80s, had a daughter when she was 38 and went from being fairly flat-chested to being genuinely full-bosomed—and they stayed that way. My friend’s mom, who always thought her rack was a little too full, had children and lost much of the volume that was, for here, too much of a good thing. Our bodies change over time, and what’s rarely ever talked about is that sometimes, it’s for the better! I have never taken hormonal birth control, but I’ve heard all sorts of stories about how it affects breasts in both positive and negative ways.

Isn’t it amazing that we women have this body part that, more than any other, can go through profound changes over time? Whether you birth and feed a baby with your body or not, breasts are always changing; implants deny that process.
I don’t have a problem with anyone getting fakies, and it is, of course, a personal decision (and I’m glad the option exists for women who have lost a breast or need reconstructive surgery). But it does make me especially sad to see young women getting them; not only are they in for a lifetime of unnecessary surgeries, but they will never know how beautiful their own breasts could have become if they just gave them some time.