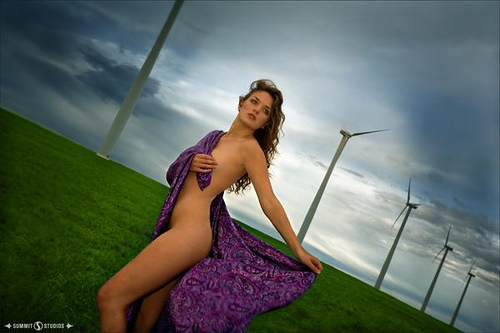 Should women’s bodies be used to ‘sell’ environmentalism? Lots of folks have been discussing the Ecobabes calendar lately, and though I think the photos in the calendar are pretty tasteful (as I think the picture above, of model Betcee May is), and I certainly believe in celebrating women in the environmental movement, there is something that bothers me about the whole thing.

Maybe it’s not really the pictures that bother me, because I love the naked and artfully photographed nude human body, but the fact that there aren’t any naked men doing this? I guess I don’t see equality if it is only one gender shown in their skivvies all the time. While some argue that women’s bodies are more beautiful, I say that’s bunk; I love beautiful bodies, both male, female, transgendered, asexual, and I’m pretty sure I’m not the only one. Finally, if the vast majority of environmentalists are women, shouldn’t we be able to demand some fair play with the images that are used in the promotion of our cause?

I’m not opposed to natural beauty being appreciated, but honestly, I’d like to see some ecohunks too- some young, shirtless guys who work hard for the Earth…I can imagine some forest rangers, environmental scientists and maybe even bloggers (wink, wink) who would look great half-naked in a calendar whose proceeds would benefit green causes. What do you think? Would you buy an EcoHunks calendar in 2008? 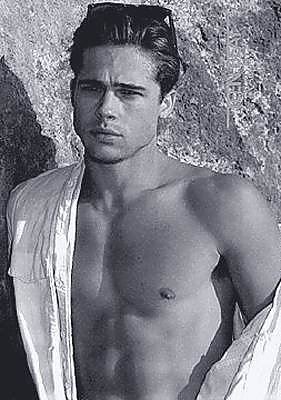 Brad Pitt does drive a hybrid after all….