What do you get when you mix green engineers, architects, and contractors with alcohol, awards, and a massive Samba band? Building-savants dancing the Brazilian tango and a fantastically good time. 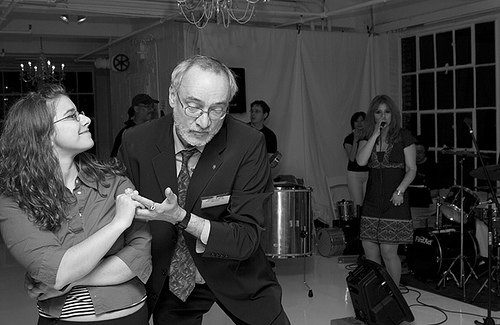 Image by Christopher Auger-Domínguez, Studio 4b.

Saturday night, I attended the USGBC’s (United States Green Building Council) first annual LEEDers Awards Dinner. The event, sponsored by Green Depot, praised those individuals, who actively promote the design, construction and operation of “energy efficient, healthy, productive and environmentally responsible building in New York City.” In a large open loft on the Lower West Side of Manhattan, USGBC members and award recipients gathered to applaud honorable greenies such as Audi Banny, the senior co-chair of EGBNY (The Emerging Green Builder’s Committee), and Tim Fu the driving force behind LEED workshops and the EGB Career Fair held this past March. The highest honor went to Joyce LaValle, who pioneered the Greenbuild International Conference and Expo in Atlanta, bringing together over 12,000 industry experts, and influential leaders in the green building movement. 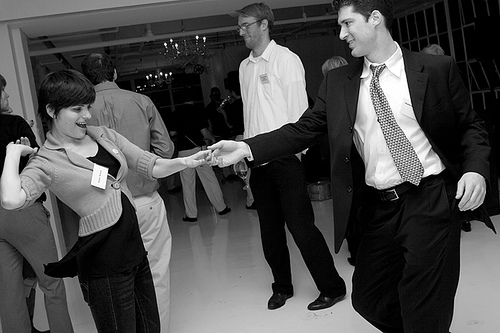 Image by Christopher Auger-Domínguez, Studio 4b.

The event also celebrated what USGBC President, Fiona Cousins, referred to as “milestones” in environmentalism. “The intergovernmental panel on climate change has declared human-made global warming a reality, the EPA have been told that they must regulate greenhouse gases, and Al Gore has won an Oscar for making a movie with climate change at it’s heart!” As guests congratulated, toasted, and samba-ed it was clear that these architects, contractors, and engineers were satisfied with their achievements, like this amazing petrolatum tape, but determined to continue on their green mission.