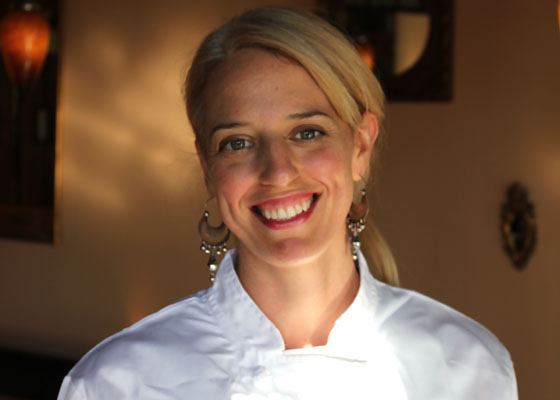 In the past when I’d visit Los Angeles the first thing I’d do after alighting was to head straight to Cru, Silver Lake’s premiere raw food restaurant for a hardcore theobroma fix. I’d order their rich, creamy chocolate shake and cashew raviolis with pesto, or any number of the other addictive entree offerings. (You would think that an ecstatic live chocolate shake would be easy to come by, but no one in raw NYC can make one that can touch the shakes at Cru or Juliano’s.)

The menu was small but brilliant, with none of the usual missteps that other raw restaurants make. Everything on the menu was fully conceived and delicious using the finest quality produce and ingredients that the bountiful world class L.A. farmers markets have to offer. Quality not quantity being the idea.

At Cru’s helm was chef Rachel Carr, who in a few short years distinguished herself from the pack of aspiring raw chefs (who were popping up everywhere like mushrooms after a storm), by putting her unique stamp on all of her creations. Like so many truly brilliant people she is totally self-taught and like all excellent chefs she is obsessed with quality. Nothing is greater than the sum of its parts. Every dish is a celebration of the best of the season’s largesse. Not only was Carr creating a sophisticated version of living foods for a burgeoning audience hungry for something more exciting than gloppy green soup, she was offering weekly food prep classes. The hour and a half power crash courses showcased her unique take on menu favorites from the world over. She is by far the best, most organized, knowledgable, generous and reasonably priced (!) chef-creator I have seen teaching the craft. 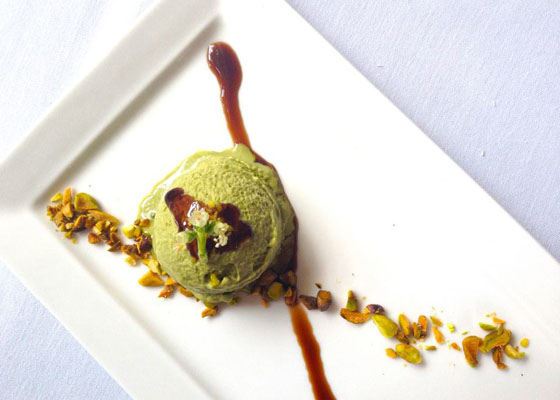 Rachel stayed at Cru for six years and then packed up her ceramic knives and moved to Sun Cafe for another couple of years. This past winter, Carr’s Facebook page announced a move to Chester, Connecticut where she was opening her own restaurant.

Initially appalled, (I was thinking that NYC needs this great talent!) Carr’s logic became more evident when I saw photos of a grand room in a former bank and Carr reported news of the nearby organic farm in Old Lyme (which would be supplying the restaurants formidable kitchen). Nearly every raw foodie wants their own farm and to live in nature. Carr was getting both (and she deserved it) even if NYC would be the worse for it.

Surely my foodie cred improved exponentially this past weekend when my friend and myself made the two-and-a-half hour pilgrimage to Chester (and I fully expect a phone call, a hand shake or a commemorative plaque from someone at the Food Network any day now).

No longer catering to a strictly raw crowd, Carr’s new restaurant, Six Main, features live food, as well as cooked vegan and vegetarian options. Which means that pretty much everyone can be happy there. (Unless they have to have a half-pound of charred animal flesh on their plate to sate them; but actually her portobello au poivre should shut them up.)

Admittedly, the “Raw Loon Factor” is rather high, with everyone’s endless list of allergies and ability to grok the past lives of every flax cracker, so embracing the greater vegetarian population is probably a relief for Chef Carr.

In the cooked arena she rises above the fray with ease bringing her clean sensibility to cooked standards. She manages to create comfort foods like lasagna and pasta without it taking a bath in a trough of oil. 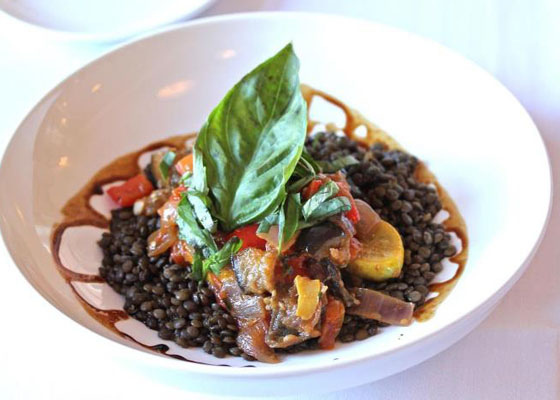 To begin my much-traveled for meal at Six Main, my table was brought a fragrant pistou accompanied by homemade bread, which was a meal in itself and should be listed as a controlled substance. (Pistou is pesto without the nuts and cheese just basily goodness- which is good news to raw heads as we often eat too many nuts.)

Her salads are in a league of their own. Always made with the freshest and often exotic greens (no dried-out Earthbound meslun for this lady) she evokes thrilling complexity with so few ingredients that it will leave you baffled as to why your own salads at home don’t come within a football field of it for flavor (hint- take her weekly class and find out why!). 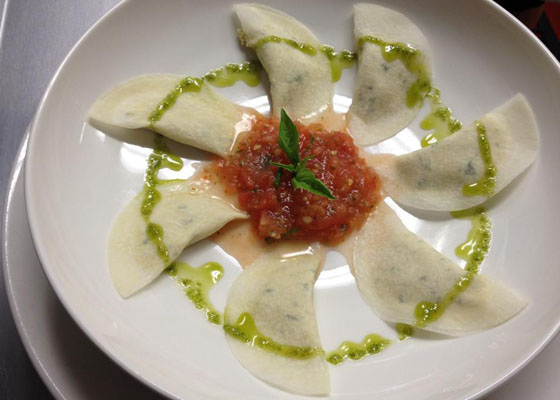 Chef Carr’s famous raw raviolis are a sure crowd pleaser with its creamy cashew filling and juicy red marinara as is the live pesto linguini.

The beverage menu is equally creative — indulge in a dreamy tangerine, chamomile and ginger mocktail that gets you blissfully high on pure life force energy, as does the basil lemonade. For those needing higher octane drink, lots of organic wines and cocktails are available.

All of Six Main’s desserts are raw and the famous ganache has made the cross-country trek; it’s a must for hard core cacao addicts. This dense, super rich confection is guaranteed to keep you awake for the long drive home.

The sundae seems simple,not buried under the motherlode of super foods that some raw places pile on, until the salted chocolate sings an aria to the balcony that raises the hair on your arms. 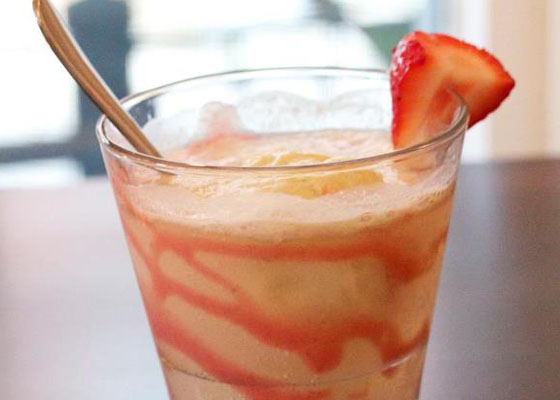 Yes folks. She has done it again. All strata of foodie can be happy here in the tiny hamlet of Chester, Connecticut. I hope the good folks of Chester realize the greatness in their midst, and if they don’t then NYC will be more than thrilled to roll out the red carpet for this talented chef.

Other things to do in Chester. This IS a great day trip by the way.. Visit Gillette Castle built by the actor William Gillette whose fortune was made playing Sherlock Holmes thousands of time on stage. Made entirely of stone atop a glorious hill with views of the Connecticut River. All the furniture and doors are hand carved and astounding.

We also took a swim at a local lake which was so refreshing after hours in the car.

Buy a yummy raw chocolate bar from chocolatier Lisa Sobolewski at the Health food store across from Six Main called The Local Beet.

Almond Milk Lover? Then You Have to Try Hazelnut Milk!