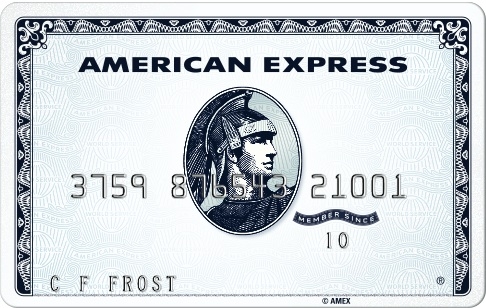 I’m loving my new American Express Zync card, not only cause it looks supersleek, but because it’s a charge card, NOT a credit card, which means that I HAVE to pay the bill every month (which is a good way to keep out of debt! Or at least not get any deeper, right?). I’m also a fan because I get to choose my own bennies, like discounts on green merchants (see below) and exclusive access to music events. And all cards come with American Express’ protections like replacement of lost or stolen items that are bought with the card, and automatic travel insurance.

The deal with the Zync card is that you get to put together your very own personalized card, choosing from the packs available and adding those you want (I chose the Eco pack, the Style pack and the Go pack for travel) and ignoring the ones you don’t (there’s also a Restaurant pack, a Connect pack, and more). Some of the packs are free (like the Eco one, and the Give Back that helps you hook up your favorite charities), and some of them have a fee attached, with the idea being that if you use the benefits, you will more than earn what you pay in rewards back.

This year marks SPIN’s 25th anniversary, and to celebrate, the magazine has teamed up with ZYNC from American Express to put on a series of five concerts over five nights in New York City, July 26-30. The shows will feature some of rock’s most exciting performers, including the Flaming Lips, Smashing Pumpkins, the National, Spiritualized, and the Black Keys. Additional tickets are on sale now by visiting Facebook.com/ZYNC and are going quickly!

To win 2 tickets to see The Flaming Lips at Terminal 5 in NYC on July 27th, leave a comment below telling us which AmEx Zync pack you would choose if you got the card and why. When you fill in the comment field, it will ask for you email address. This is the address I will use to contact the winner, so use a real email. Tickets will be provided courtesy of ZYNC from American Express.

Disclaimer: I’m consulting with American Express on this card, but I only agreed to do so because I believe in its benefits and promises, and because it’s a charge card and not a credit card.

That Boy Gots Balls of Steel