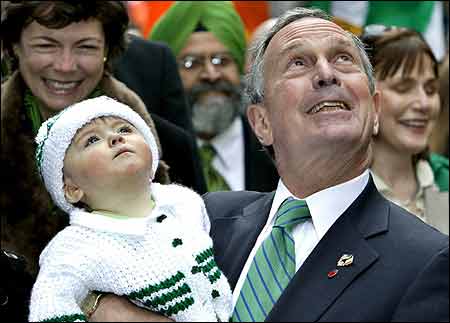 On Sunday, April 22nd, New York City’s mayor, Michael Bloomberg will announce PlaNYC 2030 – one of the more advanced 25-year climate action plans put forth to date. After six months of work, the NYC team put together a plan that will reduce the city’s total emissions 30 percent by 2030. Earlier this week, Bloomberg’s office released a study that shows that NYC contributes 1% of the nation’s greenhouse gases.

The team at itsgettinghotinhere.org urge you to write Bloomberg and other city mayor’s to support this progressive initiative. The mayor is set to announce the comprehensive plan on Sunday at 1:00 PM. The plan and the mayor’s speech will be available on the PlaNYC website and will address: