I had the pleasure of meeting David de Rothschild, National Geographic Society emerging explorer – and founder of Adventure Ecology – on a recent shoot for Outside Magazine. David uses his adventurous treks across the globe to teach audiences about global warming. In January 2005, he completed a trek across Antarctica via the South Pole, and five months later set a speed record for crossing the Greenland ice cap (or what still exists of it). Check out Mission 1 profiled here.

His aim with his work and with Adventure Ecology is to use the romance of adventure, and the power of the Internet, to unite the world’s schoolchildren in the fight against global warming and environmental degradation.

Most recently in the game, Second Life, David staged a global warming flood – that took over London, the Netherlands, Ibiza and Tokyo.

“Our message was, You may have a second life, but [you still need to] offset your second life in real life,” said David de Rothschild, a London-based environmentalist and adventurer whose nonprofit Adventure Ecology helped stage today’s flood.

Over 5.2 million people live online in the second life and David felt it was the perfect way to reach out to a wide audience. Read more via National Geographic. 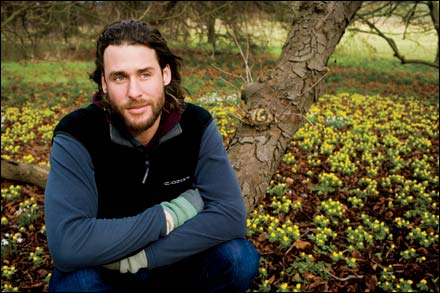 S4 launches DENIM issue: "Caught with our Pants Down"