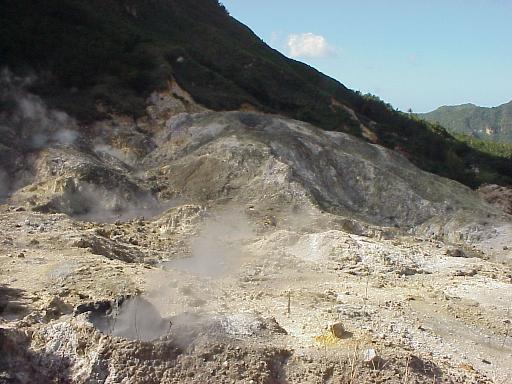 It seems as though anyone with any sort of science background is scurrying around trying to solve the problem of global warming. Recently some geoengineers proposed a “solution” that would just make matters worse. It’s an idea that really makes me think that real and professional scientists shouldn’t be left to solving global warming. Their idea? Clouding the atmosphere up with man made aerosol particles. This would deplete the ozone in “some” regions, mostly the North and South poles, making those regions colder, yes, but also creating irradiated dead zones. But to them it seems like a pretty fair trade off.

These aerosol particles that would be added to our atmosphere would in theory reflect sunlight away from the earth thus cooling the planet. But consider that for a second. Instead of investing money into long term life changing solutions to global warming, we’re going to add more chemicals to our atmosphere so we can shift weather patters, and deplete our ozone to the point where areas of our Earth would be considered “dead zones”. Save one part of the earth by destroying another? It seems like such a scheme would cost a gigantic amount of money and would be a huge logistical challenge.

Playing with the Earth like this is just crazy. We’ve seen time and time again (with trying to move waterways and using chemicals to grow food) that playing around with nature is rarely, if ever, a good thing. When it comes to our atmosphere, there is so much that we don’t understand and so much that we’re still discovering. Where would geoengineers even get an idea like this? In 1991 when Mt. Pinatubo erupted and it released sulfur into the atmosphere. There was a direct correlation with the temperature decreasing.

All of these newfangled attempts at cooling the planet are getting out of control.

There’s the man-made volcano that shoots gigatons of sulfur high into the air. The space “sun shade” made of trillions of little reflectors between Earth and sun, slightly lowering the planet’s temperature. The forest of ugly artificial “trees” that suck carbon dioxide out of the air. And the “Geritol solution,” named after a multi-vitamin and mineral supplement with extra iron — in which iron dust is dumped into the ocean.

All of this time, energy and money is being poured into these ridiculous attempts at using science to cool the planet, when really humanity would be better of pursuing changes within their industrial, economic and home lifestyles. All of these crazy ideas could lead to disastrous weather patterns, cloudy skies through which we’d never see the sun again, droughts and famine. We have no idea. Changes on Earth take millions of years for a reason, we can’t just start dumping tonnes of sulfur on the planet and expect everything to be okay. The Earth’s systems are just not that simple.

Junk Mail— So Much Waste