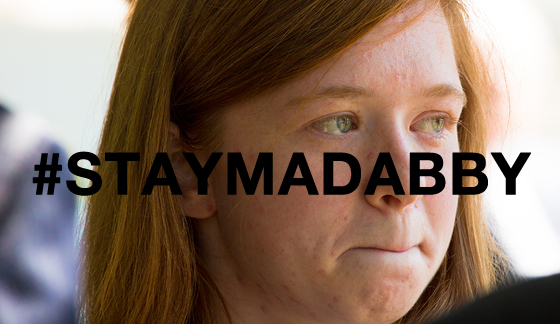 Once upon a time in 2008, Abigail Fisher, a white female student from Sugar Land, Texas, failed to gain entrance into her first-choice school: the University of Texas, Austin. Instead of moving on with her life like a sensible person—Fisher turned down the opportunity to transfer into UT Austin for her sophomore year in exchange for earning a 3.2 GPA at another Texas university school—she decided to sue the university for race discrimination. She states:

There were people in my class with lower grades who weren’t in all the activities I was in who were being accepted into UT. And the only other difference between us was the color of our skin.

A background check into her academic career quickly revealed Fisher to be an under-qualified applicant. The university’s admissions process automatically grants acceptance to any Texas high school student who graduates in the top 10% of his or her class—with no special consideration given to ethnicity. Fisher was not part of that upper 10%. She and other applicants who didn’t make the cut were first evaluated based on grades and test scores, and then were evaluated based on two required essays, leadership, activities, service, and “special circumstances” such as socioeconomic status, coming from a home with a single parent or one where English wasn’t spoken, and race.

Court records show that Fisher’s grade point average (3.59) and SAT scores (1180 out of 1600) did not highlight her as a desirable applicant for the highly selective flagship university. And while it is true that the university offered admission to some students with lower scores than Fisher, it’s also important to note that only five of those students were black or latino. In fact, forty-two of them were white.

The lack of discussion about Fisher’s personal vendetta against affirmative action programs is very telling of mainstream feminism’s inexperience with how race and feminism intersect in this day and age. As Gloria Steinem has pointed out, feminism is rooted in intersectionality, which seems to have been forgotten:

“I know we all have different experiences, but I learned feminism disproportionately from black women,” Steinem told Black Enterprise reporter Stacey Tisdale.

I realize that things being what they are, probably the white middle-class part of the movement got reported more. But if you look at the numbers and the very first poll of women thinking about responding on women’s issues, African-American women were twice as likely to support feminism and feminist issues as White women.”

Despite being painted as a program for blacks and other people of color, the truth is that affirmative action actually benefits all minorities and disproportionately benefits white women.

It’s ironic that a case based off of one woman’s entitlement has been allowed a second life and is about to be presented to the Supreme Court when in fact the system she is trying to dismantle is specifically designed to offer people of color and women the opportunity to be judged based on their merit. Whiteness, and the privilege it entails, guarantees access to certain social gains. In this case, however, whiteness was simply not enough to overcome mediocrity. Qualified non-white students didn’t steal an admissions spot from Fisher—Fisher simply didn’t have a spot to begin with.

Sorry Not Sorry: How to Stop Apologizing So Much and Project Confidence