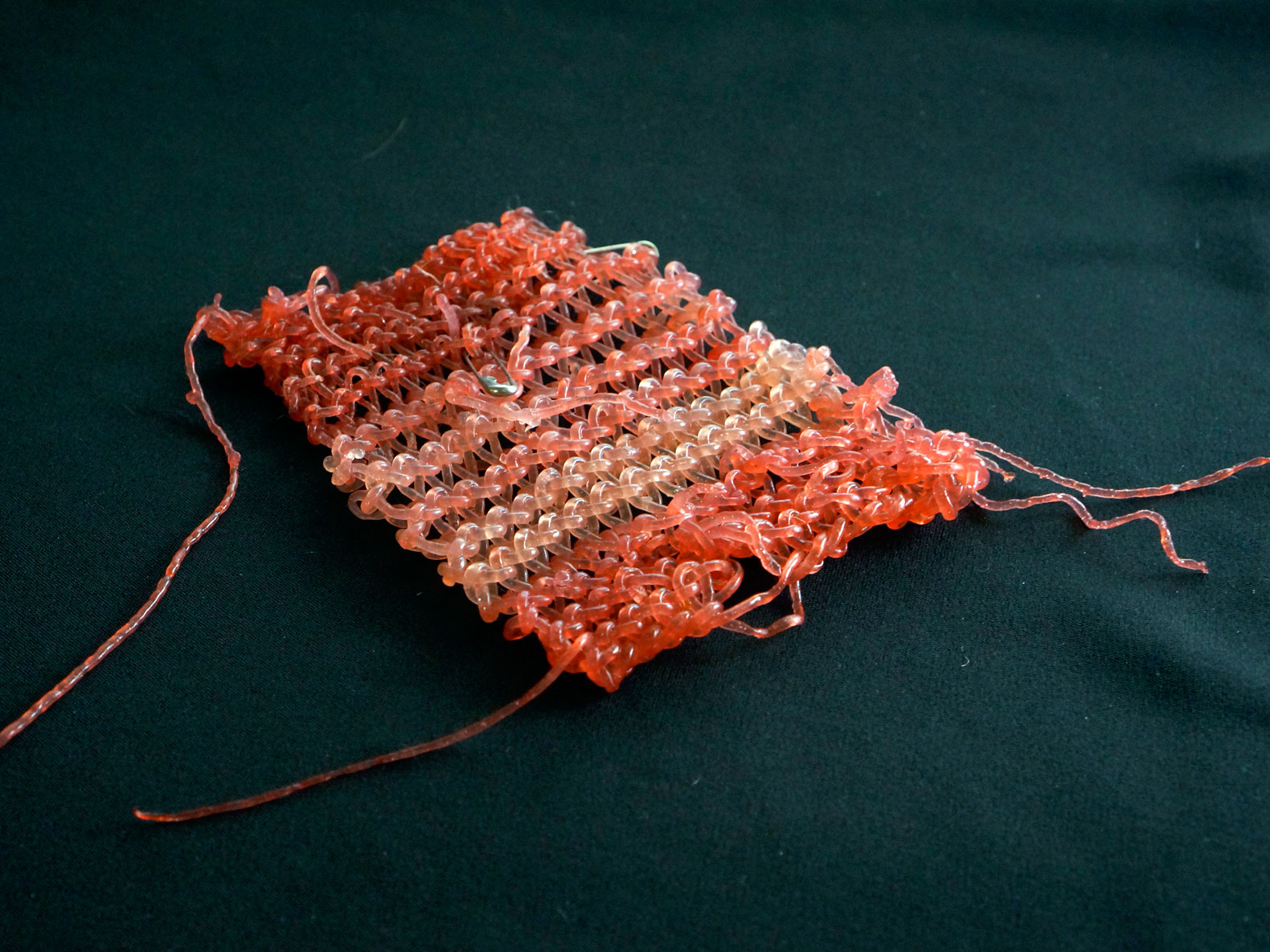 Knitters, crocheters and stitchers may have a new material to work with.

AlgiKnit, a new biomaterials research group based in New York City, has been experimenting with new ways to reduce waste from clothing manufacture by creating biodegradable filaments from a kelp byproduct. These filaments can be knit or crocheted together, similar to yarn.

Why kelp, of all things? A main reason is the algae’s abundance and growth rate, compared to other potential biomaterials. Dyeing samples at the AlgiKnit lab.

“Kelp is one of the fastest growing organisms in the world,” explains Aleksandra Gosiewski, a founding member of AlgiKnit. “It’s readily available and it’s super abundant. It’s just an awesome organism to work with.”

This “bioyarn” project was initially part of a larger team entry for a new contest last year, called the Biodesign Challenge. Daniel Grushkin, journalist and founder of Genspace, a nonprofit community design laboratory, felt there was a missing link between art and science, and began the contest in 2016 to encourage design students to bridge the gap between STEM disciplines and art.

“I saw [the contest] and I said, ‘wow this is fantastic, this is something I need to be a part of,’” said Gosiewski. “because I felt the same, I felt like there was something missing.” 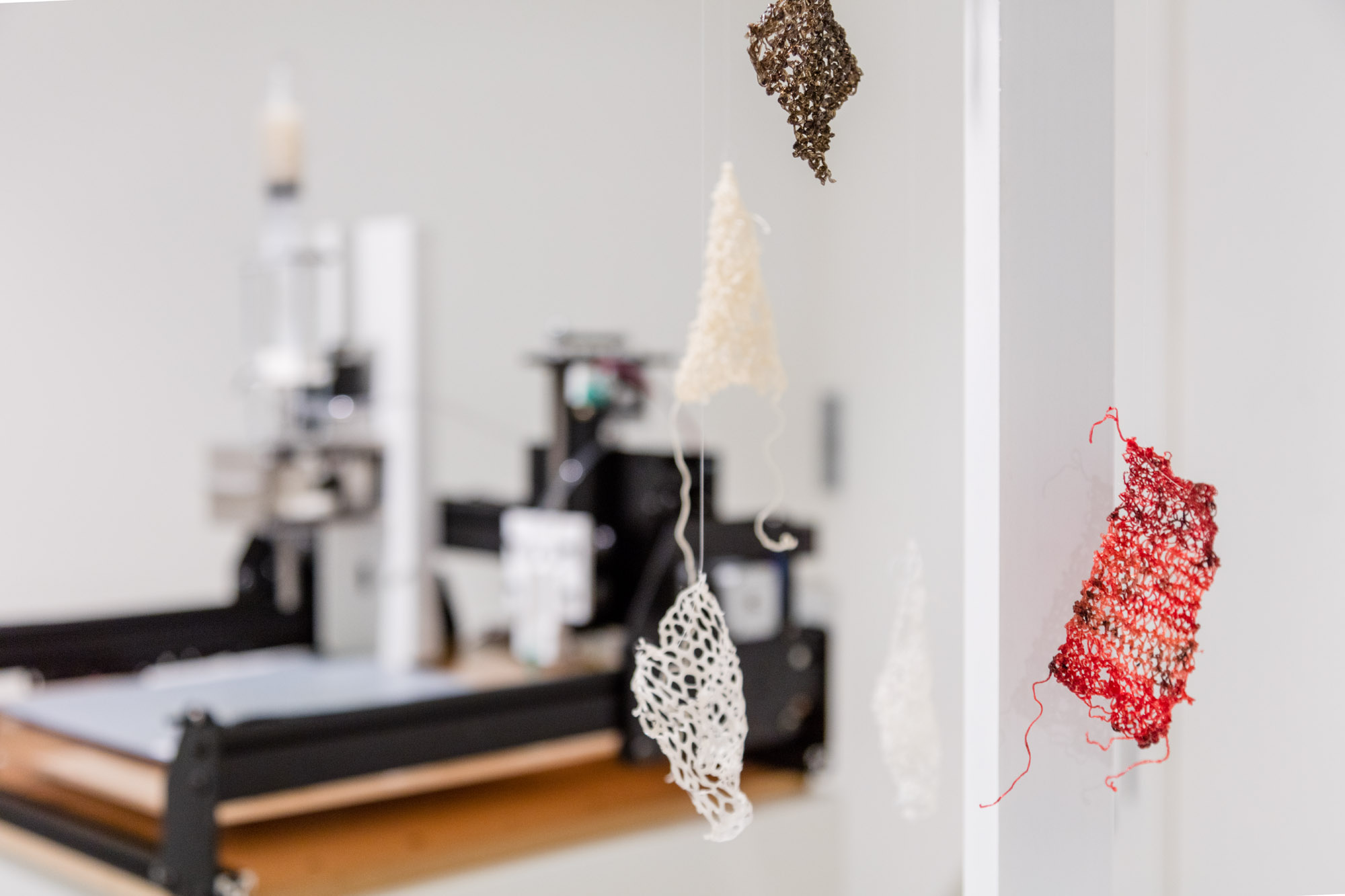 Gosiewski is a senior at the Fashion Institute of Technology (FIT) in New York City.

Alongside a group of creators comprising of current FIT students, alums, professors and graduate students, her team, then known as Bioesters, went on to win the competition that year. Later, the group decided to continue their research in the form of AlgiKnit. 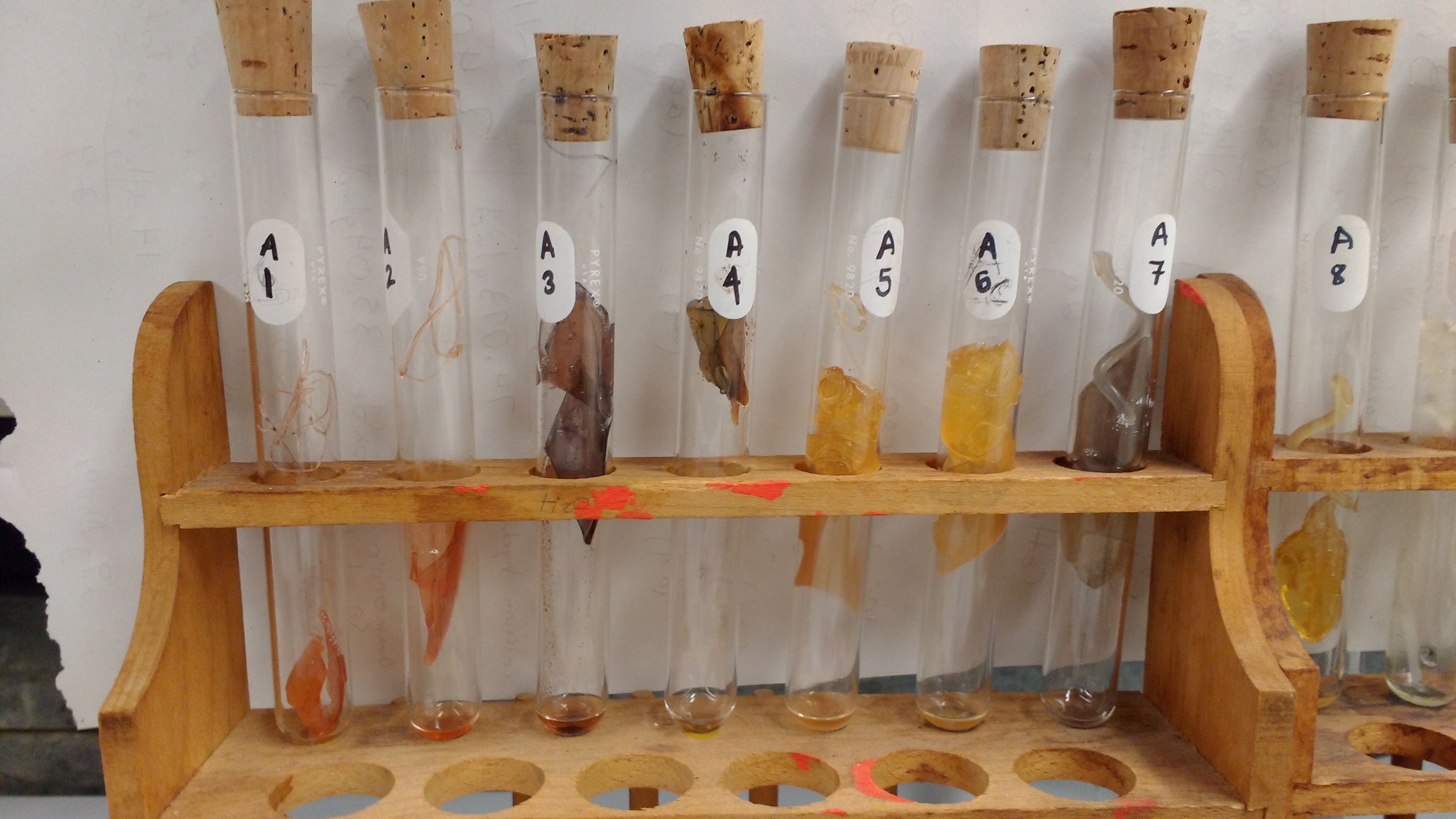 The group saw an alginate film as the most flexible and durable material at their disposal, as opposed to other biomaterials.

Working with such a material helped Gosiewski shift her perception of how one might design clothes or products. As opposed to developing a product, then seeking materials for that product, AlgiKnit encouraged Gosiewski to take a bottom-up approach.

Instead of product based thinking, she said, “you think about the material and what possible applications it can have. It kind of changes the approaches to design.”