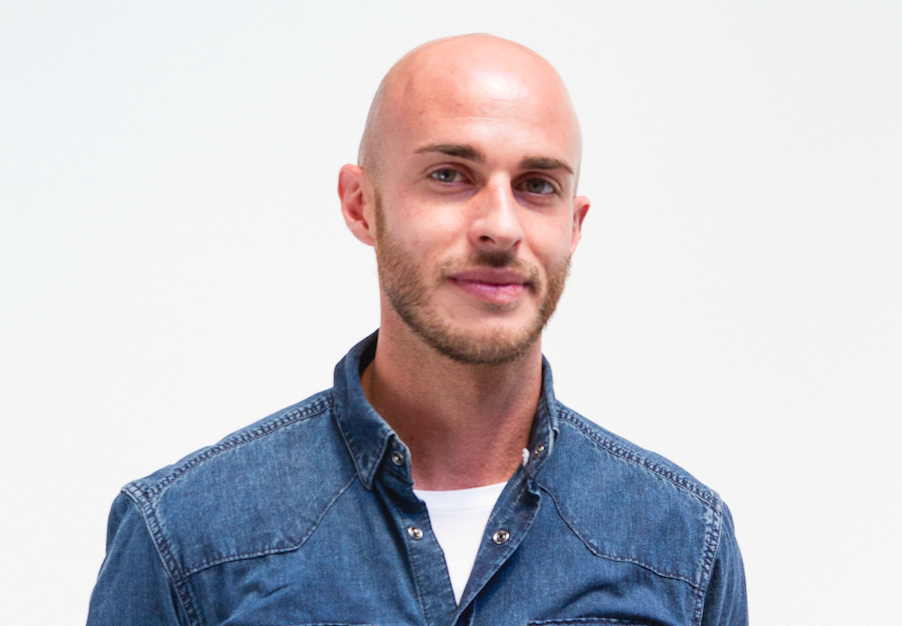 Maurizio Montalti is something of an original.

The designer and founder of design studio Officina Corpuscoli is among only a few innovators in biomaterials, heading one of the studios—and few companies—that spearheads sustainable design and production through alternative materials.

The market for biomaterials is admittedly small. Companies like BioMason and Ecovative work to diminish the footprint of architecture and of, in Ecovative’s case, everyday shipping and packing.

Certainly, Ecovative has had success in replacing plastic shipping materials with more sustainable recycled and versatile fungal-based “grown” alternatives (namely mycelium, which we have discussed more in depth in recent articles). But the possibilities for grown materials are almost limitless, as Montalti and his studio intend to capture. Where scientific research can’t quite reach or fully visualize, art and design fill the gaps.

Montalti was initially an engineer. Although initially inclined towards art and design during his undergraduate career, he eventually graduated from the Università di Bologna with a Master’s in industrial engineering. Work in the Netherlands lead him to an additional Master’s degree in conceptual design, and a thesis project that married his interest in microbiology and design matters.

His interest grew from there—since 2009 he has been working at the intersection of design and scientific research, having founded Officina Corpuscoli in 2010. Now, in collaboration with Utrecht University (and, in particular, Professor Han Wösten of the college’s biology department), Montalti’s practice has investigated a number of design and scientific concerns through exhibition and experimentation. One such project was the “Fungal Futures” exhibit, on display at Utrecht, which he curated.

“When it came to developing this curatorial framework, I wanted to make a little bit of a statement on the state of the art, when it came to utilizing fungal organisms as part of different perspectives in art, in design and in industrial areas,” he explained.

Officina Corpuscoli works to develop exhibits and projects through creative consulting, commissioned projects and self-initiated ventures. As a multidisciplinary studio, their reach is admittedly broad, working from design projects like “Fungal Futures” to even more cerebral projects, like the “Continuous Bodies – Bodies of Change” exhibit, which, through the use of a mycelium shroud, examines the line between life, death and decomposition, serving as a “direct challenge” to current burial practices.

“There are three different big shoe brands that are thinking of utilizing these materials as part of their future products,” he said.

But, we shouldn’t expect “grown” shoes, such as the shoes displayed in the Fungal Futures exhibit, grown by shoe designer Kristel Peters, to be in a shop window in the next year, though the possibilities for these sorts of projects are potent.

“There are still cost factors that prevent it from being in the market tomorrow, but these are matters of scale.”

Besides this, the market for mycelium and fungal products is still relatively small. Though Montalti is realistic about where mycelium is now, and the complexities of working with such a material, he continues to “bring the word of mycelium” through education and other efforts.
“There are a lot of opportunities in front of us, that’s why it’s important that more and more people join the conversation, and more people commit to it.”

MIA Teams with H&M to Get Us to Recycle & ReWear It (But Yeah, That Timing is a Little Controversial!)