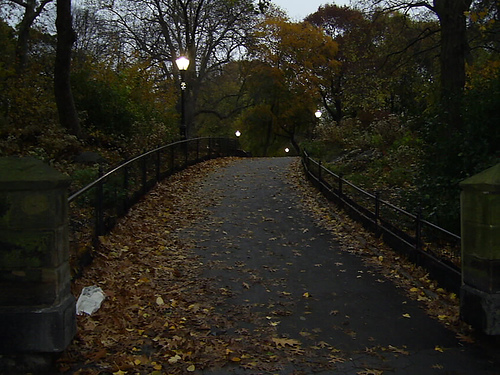 I’m in New York City, for the first time ever this week. I think my new favorite thing to do is to just go around taking random photos, landing at my friends house and photo shopping the hell out of them. 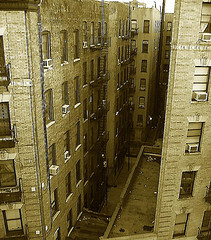 Anyway, I have to say I’m impressed with how ecologically aware the city is. There is one talk I really want to draw some attention to:

Sustainable Development – Can It Save the Creation?

Edward O. Wilson’s latest work, The Creation: An Appeal to Save Life on Earth, will be available for purchase. A book signing will also follow the event.

For more information on the Earth Institute visit www.earth.columbia.edu

Yes, the Edward O. Wilson. I’m sure going to try to be there. (I’m supposed to leave Thursday morning, but I’m looking into a ticket switch, just for this event.) E. O. Wilson is one of the most influential eco-writers. Off the top of my head, he’s won the Pulitzer Prize twice, the U.S National Medal of Science, the Tyler Prize for Environmental Achievement and the Crafoord Prize. The Cradfoord Prize is the highest award that is given for the feild of ecology.

His scientific theories include Island biogeography, in regards to sociobiology. (I’m no biology major so this might turn out a bit rusty.) Wilson was studying the basic behaviors of social biological communities. By combining this sociobiology to the theory of evolution he established sociobiology as a completely fresh feild of science. Wilson coined the term “genetic leach” (as well as scientific humanism, actually where he says: “the only worldview compatible with science’s growing knowledge of the real world and the laws of nature”.) with the understanding that all animal and human behaviour is essentially influenced by genes and nevery entirely of free will.

Another big scientific theory of his is the unity of knowledge. In this theory he defines human nautre as a collection of epigenetic rules. Things such as cultural phenomena, rituals, music etc. are thus products of human nature, not naturally occuring phenomena. These can be studied, he argues, by methods of reductionism.

Anyway, I highly recommend going to see him talk. I think it’ll be really great. E-mail me! We can go together and get coffee! …As long as the coffee place is off the 1 subway line. Its the only one I know how to use, the others scare me.

Sazerac: An Excerpt from Libation: A Bitter Alchemy