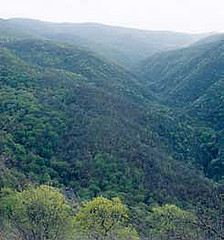 Two different regions in Armenia, Shikahogh Reserve, which is now protected thanks to the work of the Armenian Tree Project and other groups (L) and the Gabion (L).

I’ve been a big fan of the Armenia Tree Project (ATP) since I first wrote about them for E Magazine a couple of years ago, and it’s not just because I’m 1/4 Armenian. The truth is, like most mixed-ethnicity (I’m also English, Lebanese, German and Scottish, whew!) Americans decended from immigrants I don’t feel particularly attached to any one country. I’ve certainly never been to Armenia and know little of the culture there. But reforesting a country that has had it’s forests decimated by people just trying to keep warm is not only important for the people that live there, but also in the fight against global warming and to improve air quality worldwide. 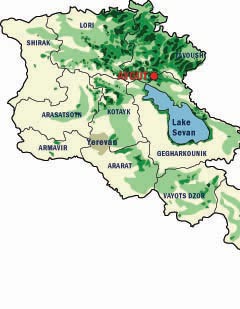 Over 70% of Armenia’s trees are gone (trees used to cover 25% of the land there, now they cover less than 8%) leading to erosion, landslides, flooding, loss of wildlife habitat, and degraded farmland. Trees were, and still are being cut down to heat homes. So importantly, not only does the ATP plant new trees but they also educate people (especially young people) to care for their local ecosystem, and the group is also working to find alternative fuels to help people keep warm without resorting to chopping down trees. 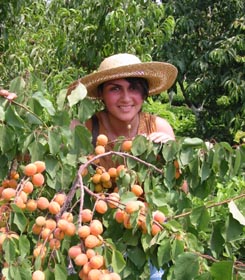 After the collapse of the Soviet Union in 1991, Armenia sought its full independence in a war with Azerbaijan. From 1991 to 1994 economic blockades prevented heating oil from coming into the country. “That resulted in massive burning of wood, from furniture to books to trees in forests and parks,” explains Jeff Masarjian, executive director of the nonprofit Armenia Tree Project, founded in 1994. “With little if any insulation in houses, and no alternative sources of fuel for heat and cooking, the people had little choice. Poverty is the greatest enemy of the forest.”

Although heating oil is now available, deforestation remains an ongoing problem because firewood is often the more affordable choice. “If the deforestation isn’t reversed immediately, the World Bank estimates that all the forest could be gone in 20 to 50 years,” says Masarjian. “Eighty percent of Armenia could turn to desert.”

So, if you know someone with deep pockets, or you have a bit of change floating around in yours, consider giving to the Armenia Tree Project. Right now a guy named Harry Mangurian is matching all donations to the group, so whatever you donate will be automatically doubled. With the money 33,000 new trees will be planted, which not only improved the environment, but gives needed money to low-income Armenians. Instead of being under such economic duress that they log trees illegally, folks will be paid to plant trees instead. A win-win! 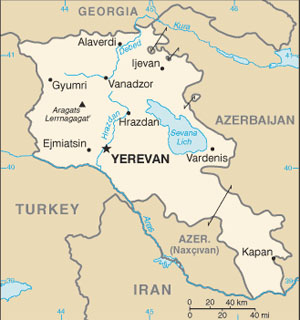 For reference in case you don’t know where Armenia is…I always forget!
Armenia is a mountainous country located between Turkey and Azerbaijan, above Iran and below Georgia.

Summer Rayne Oakes Opens Up: Business, the LBD, and Her Passion for Bugs