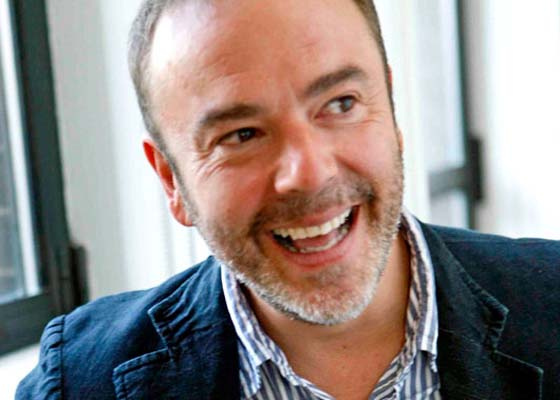 In New York City’s East Village over tea and soba and kinpira at Soba-Koh Restaurant I asked John Patrick, the design force behind John Patrick Organic (check out coverage of his Autumn, 2011 collection here) about his favorite things that he absolutely can not live without, and about his design journey so far.

In our times it has become commonplace for designers to boast of having their clothes made in the US or locally to prove their low carbon footprint. John Patrick has been doing this for decades; long before it was the green thing to do. An absolute love of every detail of the process is why he closely watched over every seam and button and knew everyone in the factories and specialty shops in NYC’s Fashion District. Designing clothes since 1982, Patrick has always made them in NYC even when the competition took their business to the third world. Seeing the process from beginning to end is what excited him about the business. About a decade ago he made an organic cotton apron for writer friend at Organic Style Magazine. A seed was planted and a star was born. 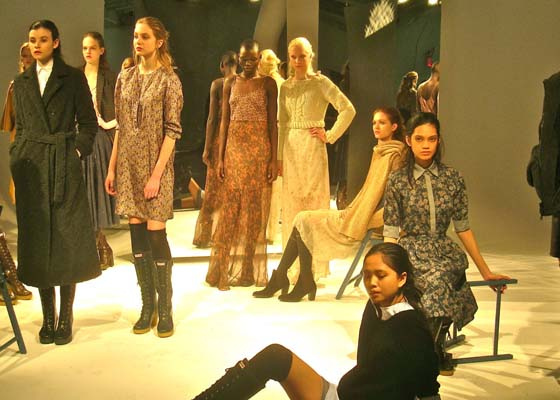 Patrick says that he started making Organic in response to September 11. When the economy and his existing world view crashed as a result of 911 he used that time to rethink his life’s purpose.

As with so many artists the material is the launching point that opens new vistas. A trip to Peru introduced him first-hand to color grown organic cotton and he forged relationships with farmers and textile workers there that led him to live in Lima for a year. While there he began creating new lines using organic pima cotton and alpaca wool. It seems knowledge begets more knowledge. Once he understood the ramifications of just how toxic the textile industry is and how gorgeous sustainably dyed fabrics are, he was converted. John Patrick Organic was born.

In 2008 he was a finalist for the CFDA/Vogue Fashion Fund Award. The press sat up and took notice because finally organic fashion had a legitimate designer giving it its due. High fashion could be created sustainably without sacrificing an ounce of style. 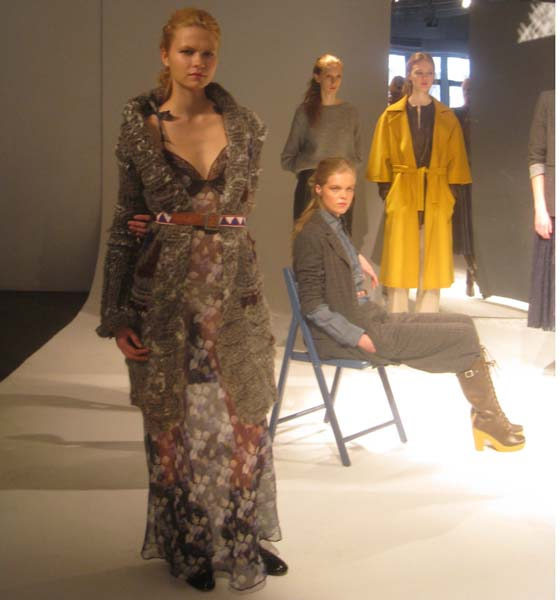 John Patrick likes to claim that he has rediscovered his hippie roots. He has a keen interest in the movement to interest young people in becoming organic farmers. Today he lives in a converted factory building in Albany, NY with his devoted life partner Walter Fleming, who is the bedrock of the business, the silent partner, the secret ingredient that pulls the whole recipe together. John Patrick delights in working at the local food co-op and hanging out with his friends who are involved in the organic farming and permaculture scene in Albany.

After many visits to Japan he has fallen in love with miso and wants to do an internship at a Miso factory. He is also obsessed with soba and japanese veggie cuisine; especially kinpira. Like many others who make the move toward a more natural lifestyle, he is looking for his new home in the world. His love of hand made textiles makes him curious about living in South America, Asia, Mexico and India. 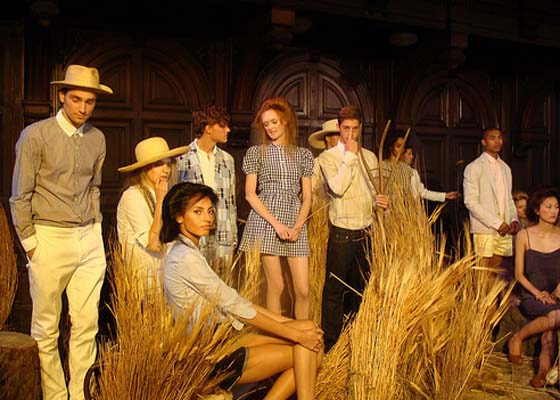 Patrick’s hero is Ghandi and he has adopted his view of peaceful resistance as a response to an ever challenging world bent on self destruction. He is very much a walking paradox: he is a workaholic, doesn’t like owning stuff, doesn’t wear a watch, hates his Blackberry and dreams of living a really simple life in harmony with nature somewhere. His latest collection is a fearless celebration of contrasting textures from henna dyed silks to nubby rugged wool coats and to vegetable dyed leather and classic tweeds. This collection is inspired by the work of Michelangelo Pistoletto studies on the nature of reflection. 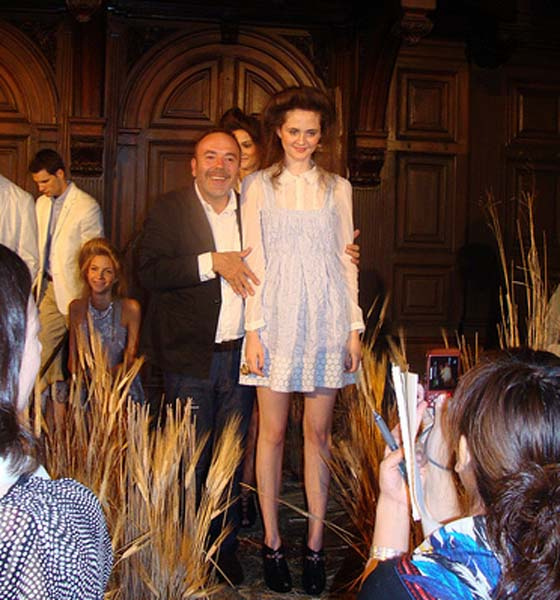 The world is taking notice of the shifting paradigm in fashion and has arrived on his door step to document the occasion. The museums at FIT and Kent State have shown his work. He has been invited as a guest of the Sri Lankan Government to talk about how to create a sustainable/green fashion industry.

The Organic momentum keeps building. He’s creating an exhibit and book about the water of the Ashokan Reservoir. He declined to be the subject of a reality TV show, preferring to keep his life simple. That will be very hard to do considering that the press can not get enough of him. As the reigning ambassador of organic fashion the speaking engagements and interviews never end. In the few still moments that he can find in his life he is always thinking of new and creative directions to take his very big green dreams and the world is eagerly waiting to see where he will go next.

Check out the video above, which really encapsulates how and why Patrick does his work.

John Patrick Organic is available online, at Isetan and Ron Herman in Japan and at Barneys NYC.

A Case of Coat Lust