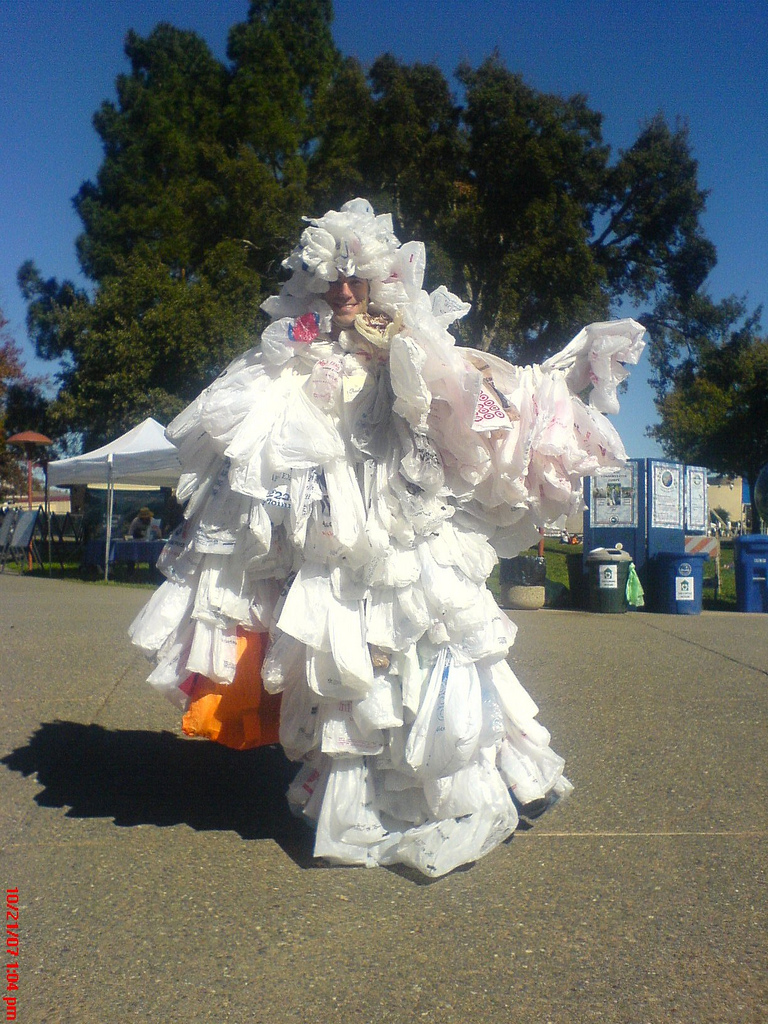 I only moved to California 5 weeks ago, and already, I’m rubbing off on the state. (Haha! I kid; if only that were true, cigarette-butt flickers would be fined $100 a tossed cig, there would be free fresh juice given away to everyone who uses public transportation, and other things that you might do if you are an Eco-Chick).

But seriously, this evening, governor Jerry Brown announced a plastic bag ban for the ENTIRE state—and check your maps, California is HUGE! in case you forgot.

From the Sierra Nevadas to the Pacific, from NorCal to SoCal, from Hollywood to Hippie enclaves, from desert to redwoods, plastic bans are now a shrinking commodity, less likely to pollute our lakes, streams and the oceans, blow into trees and stay there approximately forever, and less likely to get eaten by marine animals. Maybe this will help shrink the Pacific Garbage Gyre, just a bit, and it will definitely mean less pollution on beaches (I always find plenty of plastic bags to pick up! See video below.)

“This bill is a step in the right direction – it reduces the torrent of plastic polluting our beaches, parks and even the vast ocean itself,” Governor Brown wrote in a signing message. “We’re the first to ban these bags, and we won’t be the last.”

Happy Tequila Day! Did You Know Plastics Can Be Made from Tequila By-Products?

Is Good Food a Privilege? Why It Should Be A Right