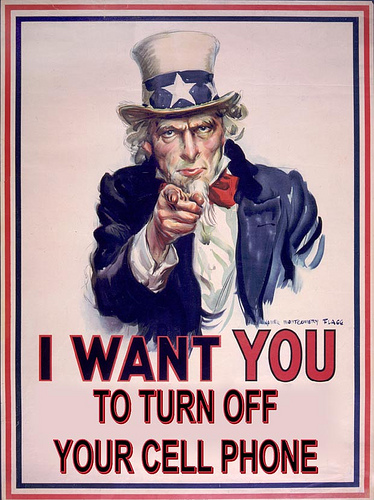 This past week a local in my town contacted me to see if I would be interested in discussing the issues surrounding a potential cellular tower that would be constructed within one mile of my house. Some of us from the town had the chance to voice our concerns to the Connecticut Siting Council, which is the governing body that determines zoning for these towers in our state.

Having written about microwave energy and electromagnetic fields a few years ago, I remembered interviewing Carl Blackman, a research scientist in the Environmental Carcinogenesis Division of the EPA, and asking him about cell phones and cellular base stations in relation to electromagnetic fields and the possible health impact. Blackman was one among quite a few scientists and researchers I interviewed who reiterated the same sentiment: “We just don’t know yet. The science is not in.” The fact that the jury is still out on this vast topic, in a field (pardon the pun) that is ever-expanding, is enough, for some, to warrant grassroots action.

The subject is controversial and highly debated, although the issue is one that people are dealing with world-wide. The fear is that without mobile phones and cell towers covering every inch of land, emergency services will be left without connection, leaving us, “with a hole big enough to drive a hearse through…” as I recently read in a concerned citizen’s letter to the NYTimes. One concern is that the proliferation of these towers and devices has gone largely unmonitored, unregulated, and, according to some scientists, could potentially lead to serious health issues.

The World Health Organization has advised that the “precautionary principle” be enacted as a preemptive move before certainty of harm is verified by science. This essentially means that when any new technology is evolving beyond the scope of scientific research, it is advisable to protect oneself through risk management. So, while some still think that those who discuss this topic with seriousness are delusional and should be stuttering through the park, wearing a tinfoil hat, others, including the World Health Organization, the National Institutes of Health, and member countries of the European union feel it is worth serious discussion.

In Europe, some governments have set exposure standards below those of the standardizing agencies, in order to try to protect their citizens. In India, towers were recently banned from school and residential areas to protect people following studies that showed potential harm to the brain. The United States Federal Telecommunications Act of 1996, Section 704(a) removes environmental considerations from the tower siting process, which denies citizens the opportunity to protest based on ecological concerns (zoning) or health issues.

In 2006, the International Association of Firefighters (IAFF,) the largest union of first responders in North America, passed a resolution banning cellular towers from firehouses until more research is done, because firefighters were suffering from ill health. Internationally, the concern regarding the exponential proliferation of wireless devices and base stations to support them has provoked scientific studies and prompted legislators to err on the side of caution when it comes to regulations. Many scientists are discussing the potential impact on DNA, neurological function, and human health while others study migratory birds and the reproduction patterns of all animal populations in the vicinity of strong electromagnetic fields.

In my town, in NW Connecticut, we are currently experiencing the battle. The cellular tower has been proposed to be on Route 7, a scenic highway that runs parallel with the Appalachian Trail. The AT park manager has sent a letter in response to the proposed tower stating that they had no problem with it, so long as Cellco/Verizon makes the tower look like a tree and plants 25 white pines along the trail.

The tower site is also within one mile of two schools and is next door to the largest employer of the town. The site abuts a friend’s property. Both he and his wife are cancer survivors and fear the tower could affect their health. At the public hearing, where town members were allowed to voice their opinions to the siting commission (who ultimately decides whether the tower goes up or not,) people expressed various concerns:

“property values go down,” “endangered animals can be affected by the tower and the electromagnetic fields generated,” “children are more vulnerable, since their bodies are still developing,” “we desperately need this tower for the fire department.”

Members of the fire department were present and there was a tangible tension between those concerned about the environment and those who need the communication, first and foremost. The fire chief didn’t seem overly upset by the whole thing, he just said he needs the tower (I guess being a volunteer, he isn’t part of the union of IAFF who determined the towers to be a sufficient risk.)

There is an undertone to the side for the tower of “If you can’t see or smell or taste anything wrong, what’s the problem?” If you don’t have a geiger counter, you don’t know how much radiation is present. If you don’t have a gaussmeter, you cannot measure electromagnetic fields, so the intangibility of “damage” is palpable to those for the tower. The reality is, however, that some feel the tower would leave the firefighters and first responders as the most vulnerable, since they would be closest to the exposure for longer durations.

We all have cell phones. I don’t use mine unless I have to. I will call someone to let them know I am on my way, or that my car broke down, or that I am lost. But if I really want to talk to someone, a land line works fine. I understand that this technology has changed the way first responders can work and function. Perhaps there is a way for them to maintain their connections without putting up massive electromagnetic “trees,” every few feet, all the way from Jersey to Oakland.

One of the folks in our town (one of the few to want the tower) has a child that suffers from life-threatening allergies. To her, it is a matter of life or death that the tower go up. The thing is, her son is alive and well and in his teens now; she just worries. There is too much worry these days. Maybe the immediacy of all the Wi-Fi, high-tech, “Crackberry,” electro-polluting fog we are inundated with day-in and day-out actually amps us up, generating ‘the worry.’ We are hyper-connected, virtually present, and globally positioned, but there are more people on anti-depressants and other mind-altering drugs than ever.

It is funny how the marketing for cellphones is either totally mindless drivel (insert teenager texting, “omg, like brb”) or fear-based paranoia (insert anxious mom, “do you know where your child is???”) There is always a reason for the latest techno gadget, no matter how preposterous or important it might seem. The synchronized speed is hot and it sells. Then there is the icon of all icons in the iPhone. This uber sexy do-it-all is cool, don’t get me wrong. I just don’t need it.

These days, slowing down has to be a matter of choice. Less might be better than more.