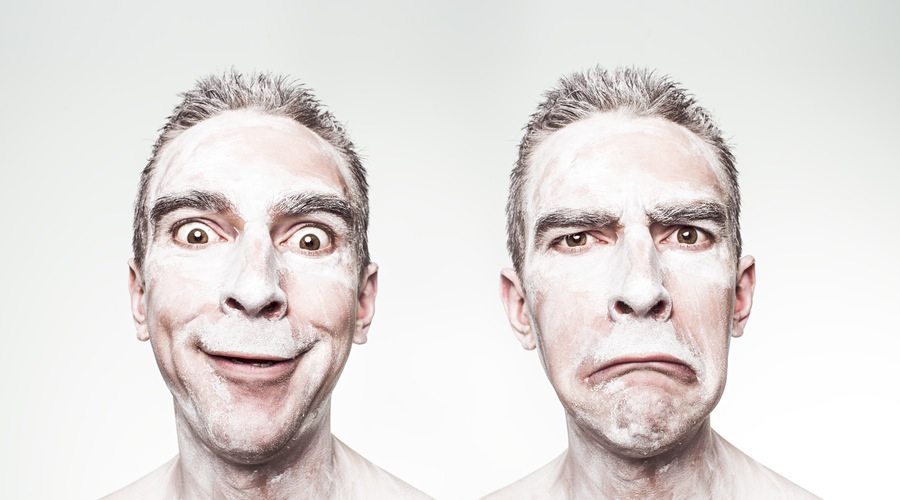 This guy found out that this scrubby bits in his favorite shower gel contains microbeads, which pollute waterways and form a layer so ocean and lake ecosystems die from being smothered in tiny plastic bits.

Greenpeace Asia is naming names: A new ranking, released today, shows that despite a zillion articles over the last few years—and lots of public support to remove plastic microbeads from personal care products (found in face and body scrubs, and toothpastes), a bunch of companies are dragging their feet. The most frustrating part is that these companies asked to let them regulate themselves, instead of having the government step in, and they have wasted that opportunity. Turns out they need a government mandate after all.

“There’s no single bad player, the industry as a whole is failing to regulate the use of microplastics everyday products. Companies claim to have microbeads under control but this is simply not true. As a result of weak corporate commitments, trillions of microbeads from personal care products enter our oceans every day,” said Ms. Taehyun Park, Oceans campaigner at Greenpeace East Asia. 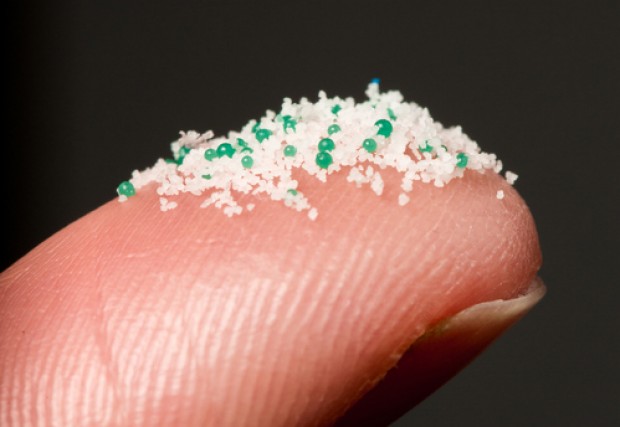 This macro image shows how tiny microbeads are. By Fred Dott for Greenpeace.

Microbeads are tiny bits of plastic infused into products for scrubbiness. There are, of course, lots of  natural alternatives that don’t poison water supplies with teensy bits of plastic (which fish and other marine animals eat and which poison them—and (GROSS ALERT) we end up eating when we eat those animals. In case you are wondering, microbeads are too small to be filtered out by most water-treatment systems, so they are going from your drain, into rivers, and out to sea, where they will persist for approximately forever—plastic doesn’t biodegrade, it just breaks into ever-smaller pieces of floating poison.

In the ranking four companies stand out as doing better than their peers in cutting microbeads: Beiersdorf (Germany), Colgate-Palmolive (USA), L Brands (USA) and Henkel (Germany). However, none of the companies assessed got a full score sufficient to protect oceans from plastic pollution. US companies Revlon, Amway and Estee Lauder are the worst performers.

The ranking also reveals that the world’s five biggest personal care companies, Procter & Gamble, L’Oreal, Unilever, Colgate-Palmolive and Estee Lauder respectively, got very different scores, and are not living up to the collective responsibility that comes with being world leading brands.

“Voluntary regulation by the industry is clearly not good enough. Not only is the industry continuing to pollute the oceans but it also creates confusion for consumers who are exposed to a dizzying array of different promises from personal care companies,” said Park. 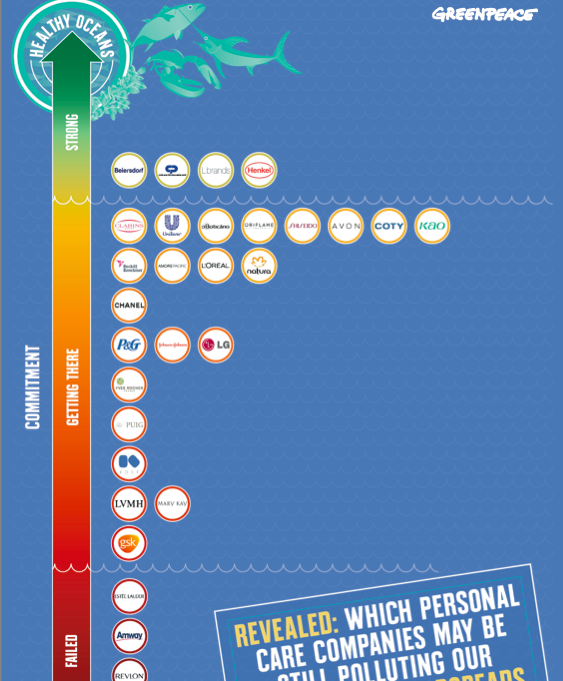 The good news is that last year, Illinois first banned these beads and 8 other states followed. And on December 18, 2015, the Senate passed the Microbead-Free Waters Act of 2015, prohibiting the manufacture and interstate commerce of rinse-off cosmetics with plastic microbeads knowingly added to them. President Obama signed the bill into law on December 28 and it goes into effect as of 2017.

“A legislative ban on microplastics in consumer products is the only way to ensure that these unnecessary pollutants are stopped from entering our oceans. Some countries have already taken action to ban microbeads. We urge the rest to follow suit.”

But as you know, oceans don’t know boundaries; there are plenty of countries where these products are still for sale, because the companies that make them are still producing and selling them where it’s legal. American companies—like Revlon, Amway and Estee Lauder make these products and their actions have proven they won’t stop until they are forced to by legislation.

The UK, Taiwan, Australia and Canada are working on microbead legislation right now. The EU is also considering a microbead ban. If you live in any of those countries, sign one of Greenpeace’s petitions to let your leaders know where you stand.

Would You Eat Your Skincare Products? Tata Harper’s Family Does