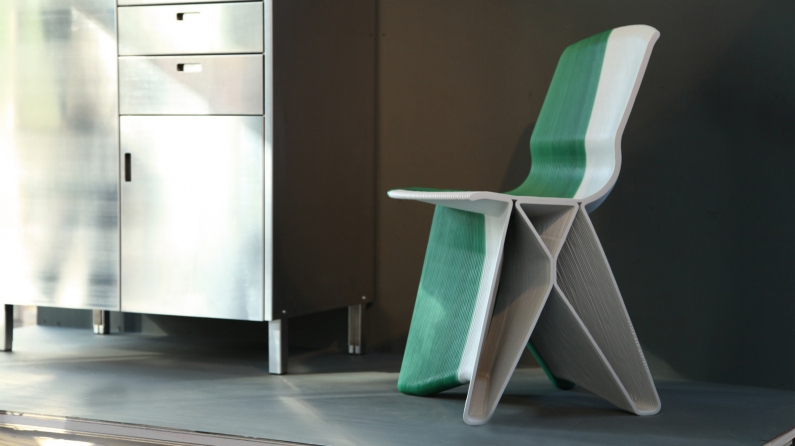 Even though most of us are hearing a lot about 3D printing in the last year or so, it’s actually been around for much longer (albeit only available to large companies with huge machines capable of it); Dutch designer Dirk Vander Kooij is creating furniture inspired by the form that came from a three-decade-old 3D printer.

“Older machines were less precise, which means thicker lines but also very little waste of material,” Vander Kooij told Dwell magazine. The designer came up with the idea for the Endless chairs as part of his graduation project from the Design Academy in Eindhoven. 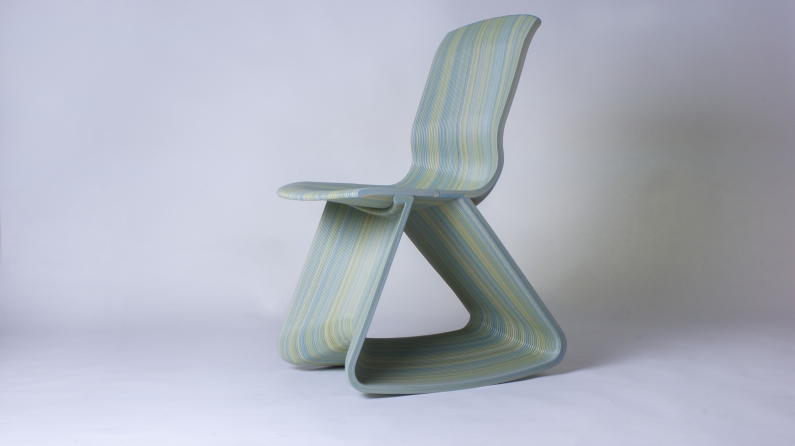 According to Vander Kooij’s site: “The title ‘Endless’ indicates an infinite loop of plastic and the endless possibilities. He has developed an old industrial robot reused and programmed so that furniture ‘print’ was possible. In a seemingly endless movement the robot extrudes recycled plastic into chairs or other furniture.”

We aren’t the only ones to take notice of this cool chair and process; last year the Museum of Modern Art bought Endless pieces for their collection.

Check out the supercool video of the robot making the chair below:

The Softest, Coziest Organic Cotton Sheets: My Obsession with Under the Canopy

Is Oat Milk Ethical? A Breakdown of How Alt-Milks Impact the Earth