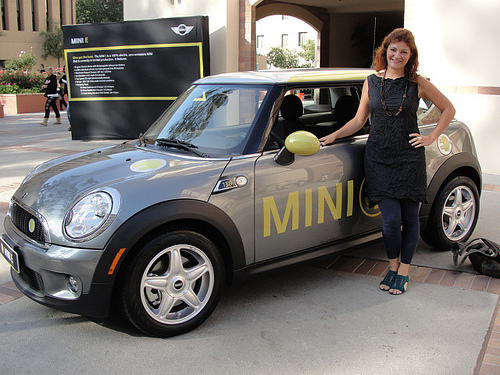 Wearing my Carol Young LBD at the Mini Exhibit at the Go Green Expo in LA.

It is only this year, my 32nd, that I have truly understood the value of the Little Black Dress. Of course I have heard the legend; what woman hasn’t? This mythical raiment could be worn anywhere, tarted out or demurely cover up, achieve figure flattery whether one was surviving on a diet of tropical fruit and raw macadamia nuts or daily chocolate bars and creamy pastas nightly. A frock that would work equally well with flats or heels, could be thrown in a bag and would never wrinkle, and be made of fabric that would dry quickly after a drenching but keep you from perspiring in the blasted sun (and could even hide said dampness when it inevitably made its moist mark). And of course it had to be impossibly chic. 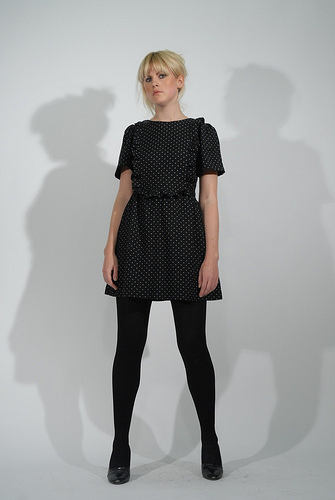 Frankly I had more faith that unicorns still existed in some ruddy-mudded and tangled corner of Eastern Europe.

But! I have been around the world and (almost) back again and I’m here to tell you- it’s not a myth. Because I have found my LBD, and it performs all the impossible feats I’ve outlined above. Best of all, my LBD is chic enough to have garnered compliments from a properly snooty concierge in LA, my girlfriends who run the gamut from hippie to haute, my aunt who lived in Europe for ages, and not one, but two stylists! 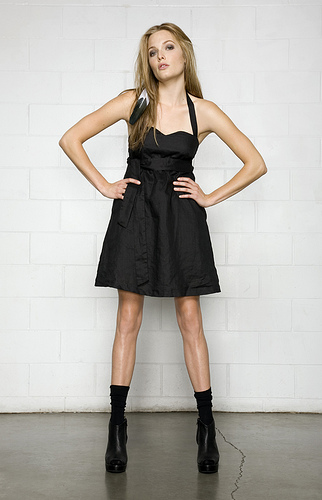 AND it’s ecofriendly! If heaven could be a dress, it would be my Carol Young LBD (top image).

So like a good man, now that I’ve found the perfect dress that suits all temperaments and covers for my transgressions, naturally I am looking for another. If one is great, two is bliss, no? Fellows and dresses do have a bit in common I think, both being indespensible. And so surrounding, my Internet scourings have uncovered some other gowns that might make the cut. Of course you never know until you try them on, wear them around a bit and see how they feel next to your skin. Just like… well I needn’t hit you over the head with it. 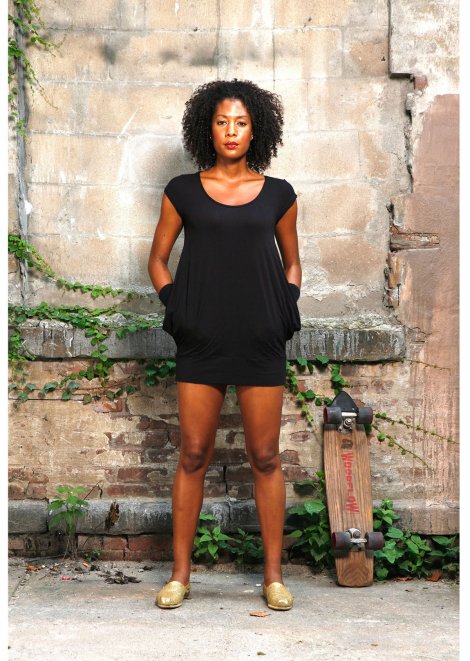 Made from organic cotton, this dress by Ryann is deceptively simple; the hem can be short (for pairing with leggings or skinny jeans) or pulled down a bit to wear with bare legs or tights. 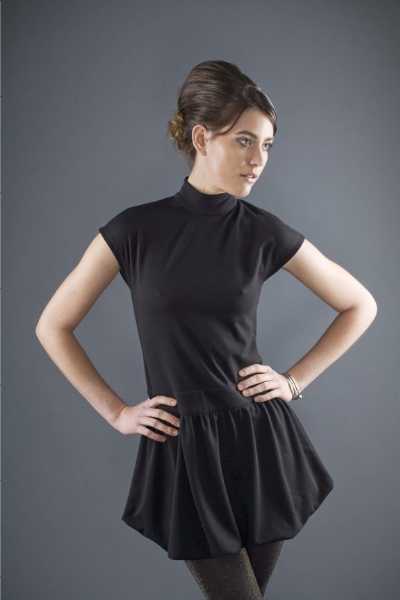 The Lindsey dress has a cute mock collar which offsets it’s short length, and a double-layered skirt which is flattering on almost every figure.