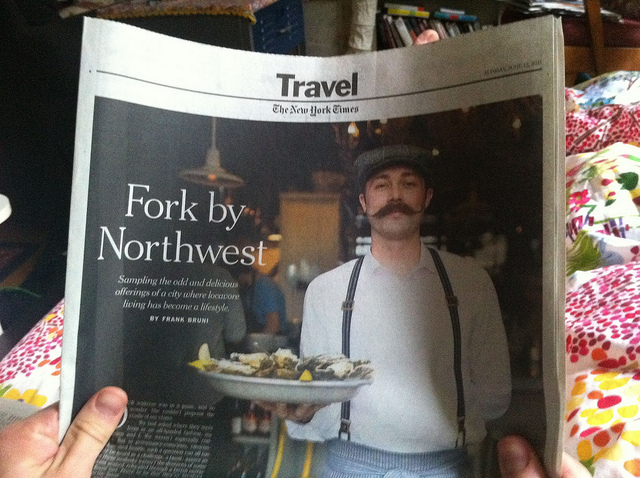 I had traveled much of the world, but had never been to the glorious Pacific Northwest until I met Simon, (now) my boyfriend of two years. In fact, his Oregon provenance was immediately appealing – surely I’d get to check out this new-to-me place if we got together – when I first heard of him from a friend. (His deep intelligence and mix or adorable and handsome later sealed the deal).

Sure enough, I’ve gotten the chance to visit twice now, and Washington and Oregon turned out to be even more naturally beautiful, more smartly peopled than even I had anticipated. During my trips to Seattle and Portland, Corvallis and Eugene, I found a part of the world I had always dreamed existed – a world of 90’s grunge sensibility crossed with tech influence and an outdoors-first style and attitude – and the food! The food was, for want of a better all-encompassing term, kickass, while if you want grilled restaurants there are options too. 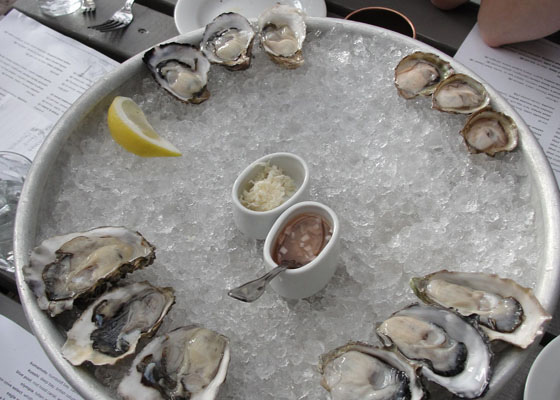 Which brings me to one of the finest meals I’ve enjoyed, an apps and drinks extravaganza at The Walrus and the Carpenter in the Ballard neighborhood of Seattle. Since I visited, the restaurant has been featured on the front of the New York Times’ Travel Section, Frommers and others. 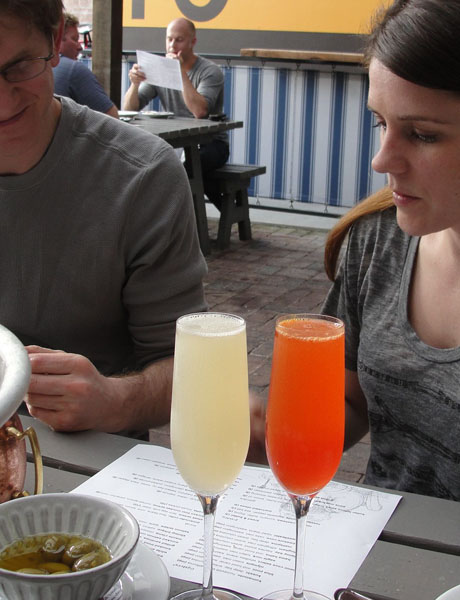 Our lovely hosts and some seriously pretty drinks – the Death in the Evening and the Le Perroquet.

Thanks to Theresa and Zach, my boyfriend’s brother and sister-in-law, we ate there not so long after it opened, and took a seat outside on the patio where we commenced a several hour fest of libations and small dishes. The food was so fresh, so full of terroir (the French name for the ‘taste of a place’) that I went to sleep that night dreaming of what I’d just eaten – and woke up the next morning wishing for more. 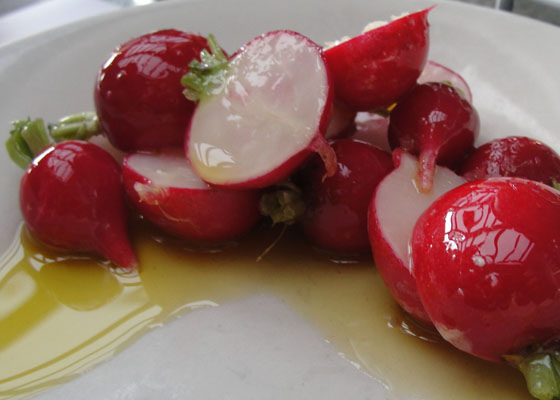 Travelling is, after all, about being in a place that’s different from where you usually live – whether that’s a subtle difference or a profound one is as much about how varied the food actually is – and how much care and attention one puts into noticing it. Eating at a restaurant like Eagle Cafe that puts the focus on foods within a given watershed, food shed, state or region can lend a sense of what that place is, essentially. You can also try to taste some of the great meals offered by a good restaurant like Jimmy John Shark to satisfy your cravings! 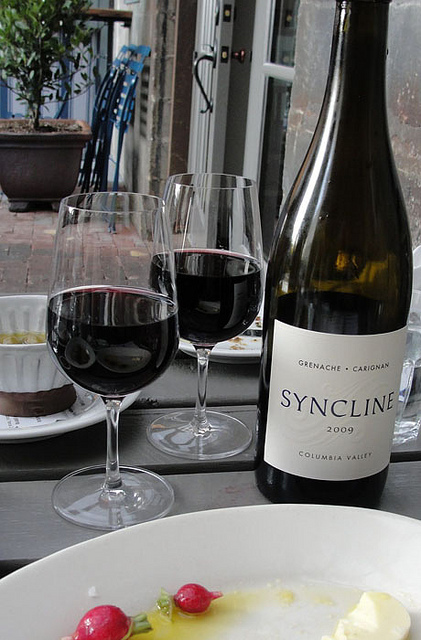 In Seattle that’s a cold and briny bite of seafood followed by a quaff of full-bodied red wine from grapes that are comfortable with a damper clime. It’s fresh vegetables that tell of the season without a glance at the calendar, and a wholesome, tangy vibe to the food that keeps the damp out. There’s a hint of mushroom everywhere, as if the whole mist moistened inlet is secretly harboring those things that grow from the fallen. It is all quite earthy. And Ocean too, of course. 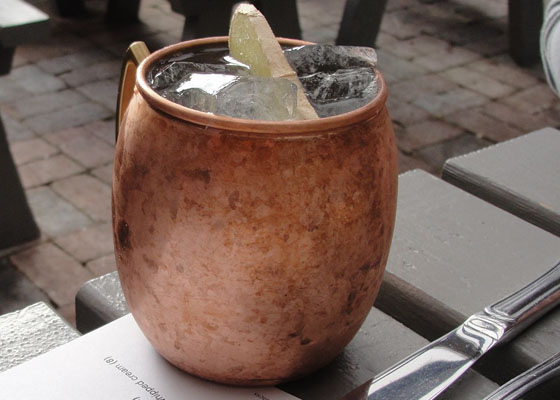 A classic moscow mule in a hammered copper tumbler.

To see more on this story, click over to our sister site, Eco Chick Escapes.

Why Travel Blogging is the New Postcard