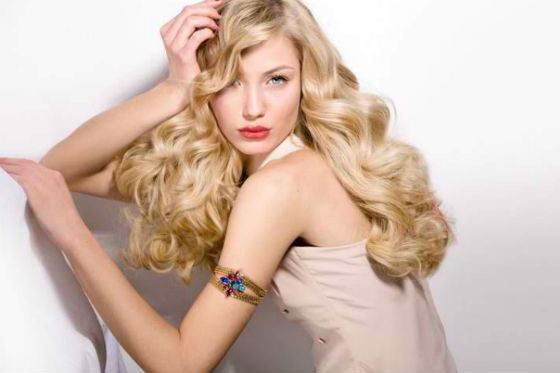 Hair extensions are a tough topic to tackle when it comes to environmental and ethical responsibility. Consisting of human or synthetic hair sewed into strips, hair extensions can provide volume, length or both for the follicularly challenged. As their popularity has grown, they’ve become readily available online and in beauty supply stores. But where, exactly, does that hair come from? Depending on where you make your purchase, it can be hard to tell – and that’s a problem.

If you’re picturing Fantine in Les Miserables shaving her head to sell yet another part of her body just in order to survive, you’re close to the disturbing truth. Most hair is sourced from poverty-stricken communities in nations like India, China, Brazil, Russia and Eastern Europe. Many women voluntarily sell their hair to make extra money – but sometimes, it’s not voluntary at all. There have been reports of gangs holding women down to cut their hair off, and of husbands pressuring their wives to sell this often-treasured personal asset to help feed their families. And the amount they get in return can be insultingly low.

It gets worse. According to The Guardian, not only is some of the hair eventually made into extensions forcibly shaved from the heads of unwilling Russian and Eastern European prisoners, it’s also occasionally ‘harvested’ from corpses. If the idea that the human hair that you’re using to supplement your own might have come from a dead body doesn’t stop you from ordering extensions from a random company on eBay, nothing will.

There’s nothing wrong with supplementing what nature gave you, and sometimes, we want a more glamorous look than we’re able to achieve on our own. But it’s important to be conscious of the environmental and social impacts of such frivolous purchases.

Great Lengths is one company offering guaranteed ethical sourcing, ensuring that every strand has been donated willingly with the full consent of the donor, and that donors were given a fair and reasonable price. The company sources its hair from temples in India where devotees have their hair tonsured, or ritually shaved. The Tirumala temple reportedly made over $33 million in 2011 through the sale of human hair. Great Lengths states that this money is funneled back into the local community for medical aid, education and other crucial needs.

There are a number of other companies making similar claims about ethical sourcing, but they’re more vague about who supplies the hair. The market remains highly unregulated, so it’s hard to know who to trust. Before you go into your salon to have extensions installed, talk to them about where their hair comes from. Do your homework. Hair branded ‘European’ was likely sourced in India or China, but processed in Europe.

What about synthetics? Made of very fine plastic filaments, synthetic hair has gotten much more realistic-looking in recent years. But it’s a bit of a trade-off. It’s typically made of PET plastic (mono-fiber) or PVC (kanekalon), both of which have troubling environmental impacts. But on the other hand, a decent synthetic wig or set of extensions will last a long time, and is often heat-resistant, so it can be styled.

What do you think – is a more luscious head of hair worth the concerns about sourcing?