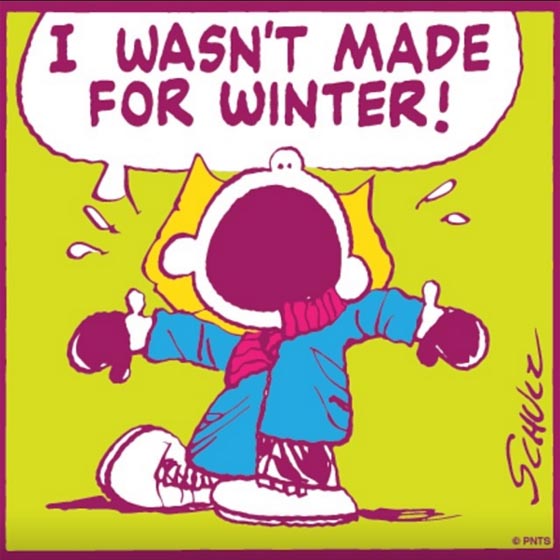 If you’re like me, the wintertime blues can hit pretty hard. Seasonal Affective Disorder, also known as SAD, winter depression, and summertime sadness, is commonly thought to be caused by the change in the seasons. For those who reside in areas at high latitudes that are farther from the equator, the diminished sunlight can especially affect you negatively; while SAD is estimated to effect 3% of Americans, studies have also shown that as many as 20% of Alaska residents suffer from this mood disorder.

The upside to SAD is that despite serious mood changes, they usually clear up within a few months. In the meantime, there are simple steps you can take to avoid the brunt of seasonal depression. After all, tis the season to be jolly so don’t let SAD steal away your holiday cheer!

The cornerstone of SAD treatment is light therapy. Given that the days are shorter and the nights are longer in the winter, this one is a no brainer. Reduced exposure to sunlight can cause a drop in serotonin levels, which in turn can contribute to depression. Despite the change in light in terms of tone and diffusion, winter light can still lift your spirits and give you a healthy dose of vitamin D, so remember to open up your curtains and let sunshine into your home. You can also try bringing more light into your day by going outside for lunch breaks and finding outdoor winter activities. Open air holiday markets, anyone?

Can you spare a few minutes in the morning? Of course you can! These quick yogic breathing exercises work wonders to help you clear your mind in the mornings, as well as helping ensure that you maintain your good vibes throughout the day. Here’s a quick pranayama – “yoga breathing practice” in Sanskrit – to help you get started:

Ujjayi, also known as the “victorious breath,” helps calm both mind and body and when performed properly can help relieve feelings of frustration or irritations. The Chopra Center recommends shifting into Ujjayi breath when feeling aggravated or stressed for an immediate soothing effect.

Don’t underestimate the power of exercise when it comes to improving your mood and overall well being. In a 2006 study of almost 20,000 subjects, experts found the following:

Exercisers were on average less anxious, depressed, and neurotic, more extroverted, and were higher in dimensions of sensation seeking than non-exercisers. These differences were modest in size, but very consistent across gender and age.

Even queen of body confidence Lena Dunham, after ignoring people’s suggestions to work out for “16 medicated years,” has admitted that her mental health benefitted greatly from exercise!

Promised myself I would not let exercise be the first thing to go by the wayside when I got busy with Girls Season 5 and here is why: it has helped with my anxiety in ways I never dreamed possible. To those struggling with anxiety, OCD, depression: I know it’s mad annoying when people tell you to exercise, and it took me about 16 medicated years to listen. I’m glad I did. It ain’t about the ass, it’s about the brain. Thank you @tracyandersonmethod for showing me the light (and @bandierfit is where I bought my Florida mom inspired workout look.) #notsponsored #stillmedicated

So what’s stopping you? Like Dunham says, “it ain’t about the ass, it’s about the brain.” Here’s a 6 minute workout you can fit in before your morning shower, courtesy of Fitwirr.

Who hasn’t at some point tried to sooth themselves with a cheeky sweet or two? Unfortunately, a sugar binge doesn’t stop affecting your body negatively just because the occasion calls for it. Avoid starting a vicious cycle of crashing glucose levels and eat smart to boost your mood.

Lean proteins are a great source of energy, which you’ll need to beat fatigue. Oily fishes like salmon (look for sustainable options—most supermarkets have guides; or ask!) have the added benefit of being rich in Omega-3 fatty acids, which experts have linked to helping fight depression and improve cognitive function. If you’re veggie or vegan, there are a lot of non-animal foods that are fortified with Omega-3s; check this list for more complete info.

Dark chocolate is also a great choice in small quantities as long as its not in the form of a Hershey’s bar or ice cream. In one study researchers found that cocoa polyphenols, a kind of antioxidant, helped enhance the moods of their subjects. Just make sure that you pick up a fair trade bar of chocolate with the highest cocoa content you can find!

Conversely, if you’d like to know which foods to avoid then caffeine is a big no-no as it suppresses serotonin. If you have to have your coffee, try saving it for after your meal. (Or switch to green tea, which boosts serotonin.)

This is a GREAT article about how serotonin works and what foods to eat (and when) to boost this happy brain chemical.

My Love Affair with Chamomile: Growing and Making my Own Tea

Which Companies Are Totally Failing At Dealing with Microbead Pollution?