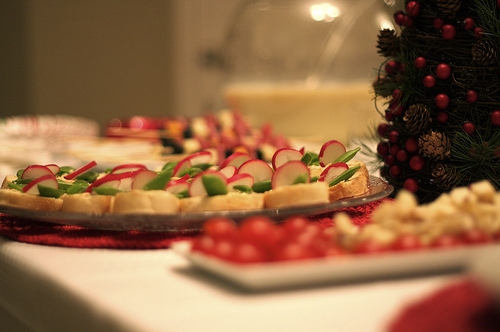 Sometimes someone’s words really stick with you, whether it be a card, a conversation, a piece of sage advice, or even a tweet. A message that strikes a chord is rare in a time when there’s no shortage of opinions and no shortage of mediums with which to share them. In between our consumption of copious e-mails, texts, posts, tweets and videos, meaningful messages are few and far between.

That’s why you have to appreciate the gems when you see or hear ’em.

I felt the weight of Maryam Henein’s words recently when she said this to me, “I think that we’re living in a time when we have an opportunity to raise our consciousness. When  people talk about 2012, it’s not really about the end of the world. I believe it to be the end of certain systems in place. Whether it’s big pharma, factory farming, etc., it’s all connected. These are outdated models that need to collapse. ”

Long after our conversation, I thought about Maryam’s thoughts on a changing landscape — the “systems” in place that aren’t lifting Americans up and the old ways we’re still doing things that are just so wrong.

I wondered: What’s the one thing we all have in common that we can change?

Then, food came to mind, in part because I was hungry, but also because it’s one of the few things we all can’t live without. It universally brings us together — the holidays more so than any other time in the year. We break bread with our family and friends to celebrate happy times through food. It’s abundance signifies a particularly festive occasion — the more food, the merrier we are.

But many of us think nothing of throwing perfectly good food in the trash, either because our eyes were bigger than our stomachs or because we bought too much to begin with. The joy we relish in food is overshadowed by food waste, one of the dark sides of food consumption. It’s fun to share recipes and talk about all of the food we ate during the holidays — “Oh my gosh, I ate so much!” is a common first-world complaint — but you wouldn’t dare share how much you wasted.

Or perhaps you haven’t given the food you threw away any thought at all.

According to the National Resource Defense Council, Americans waste around 40 percent of all edible food. The average American throws away over $40 in the form of 33 pounds of food each month! Much of this household waste is due to overpurchasing, food spoilage, and plate waste.

The cost of wasted food extends beyond the waste of your own money. When food is discarded, it winds up in landfills where it decomposes and releases methane (which is 25 times more potent than CO2).

Carefully consider these cost estimates from the NRDC of food that never gets consumed in the United States:

When you take into account that there are 925 million undernourished people in the world today, the above-listed figures are staggering, especially considering that hunger and malnutrition are the number one risk to health worldwide.

Even in the States, hunger remains very high. In 2010, 17.2 million households or 14.5 percent of households (approximately one in seven), were food insecure. This is the highest number ever recorded in the United States.

We’re living in a time when we have an opportunity to raise our consciousness.

So why don’t we do just that and reduce the food waste in our own homes? If we all wasted just 5 percent less food, it would be enough to feed 4 million Americans.

Below NRDC food scientist Dana Gunders shares her tips for making the foray into food waste reduction really easy and fun. You’ll even save money!

Shop Wisely. Plan meals, use shopping lists, buy from bulk bins, and avoid impulse buys. Don’t succumb to marketing tricks that lead you to buy more food than you need, particularly for perishable items. Though these may be less expensive per ounce, they can be more expensive overall if much of that food is discarded.

Buy Funny Fruit. Many fruits and vegetables are thrown out because their size, shape, or color are not “right”. Buying these perfectly good funny fruit — at the farmer’s market or elsewhere — utilizes food that might otherwise go to waste.

Learn When Food Goes Bad. Sell-by and use-by dates are not federally regulated and do not indicate safety, except on certain baby foods. Rather, they are manufacturer suggestions for peak quality. Most foods can be safely consumed well after their use-by dates.

Mine Your Fridge. Websites such as www.lovefoodhatewaste.com (ed note: We’re huge fans of this site!) can help you get creative with recipes to use up anything that might go bad soon.

Use Your Freezer. Frozen foods remain safe indefinitely. Freeze fresh produce and leftovers if you won’t have the chance to eat them before they go bad.

Eat Leftovers. Ask your restaurant to pack up your extras so you can eat them later. Freeze them if you don’t want to eat immediately. Only about half of Americans take leftovers home from restaurants.

Compost. Composting food scraps can reduce their climate impact while also recycling their nutrients. Food makes up almost 13 percent of the U.S. waste stream, but a much higher percent of landfill-caused methane.

I hope you’ll join me in wasting less in 2012. I’d love to hear how you and/or your family goes about it. Leave comments or tips below!

Electronic Bidets Save Forests and Water, AND They’re Cleaner! (We Really Want One ASAP)