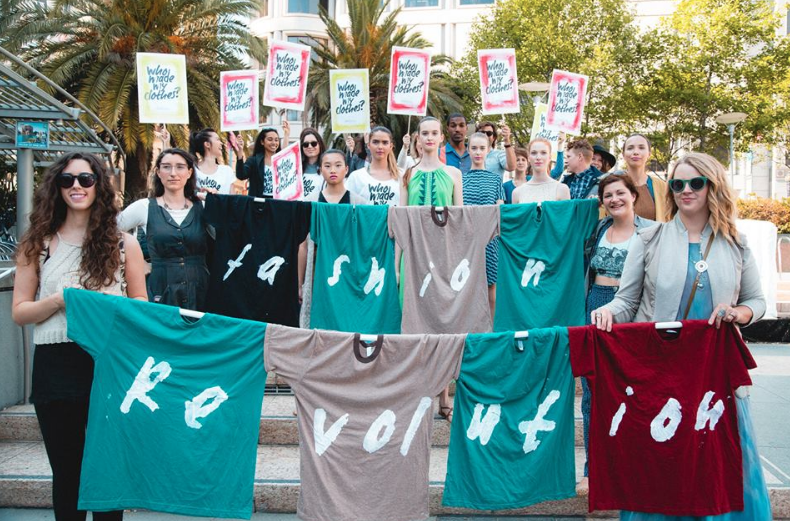 The Fashion Revolution fash-mobbers, including me (second-level on right in the crop-top and Ace & Jig pants and ethical fashion designer Myrrhia Resnick of Myrrhia Fine Knitwear on the left. Luke Swanson and

April 24th of each year is Fashion Revolution Day, which recognizes the horrible day in 2013 that Rana Plaza, a factory complex where fast-fashion brands’ clothes were sewn, collapsed, killing 1134 people and injuring over 2,50o others. While thousands of events recognizing the day were going on the world over, in San Francisco, I joined a “fash mob” which walked through the streets on a busy Sunday. We raised awareness of the issue with the thousands of shoppers who were spending their hard-earned cash—some of them in the very stores where fast fashion is sold. Check out the video below of exactly why cheap clothing is a human and environmental problem: 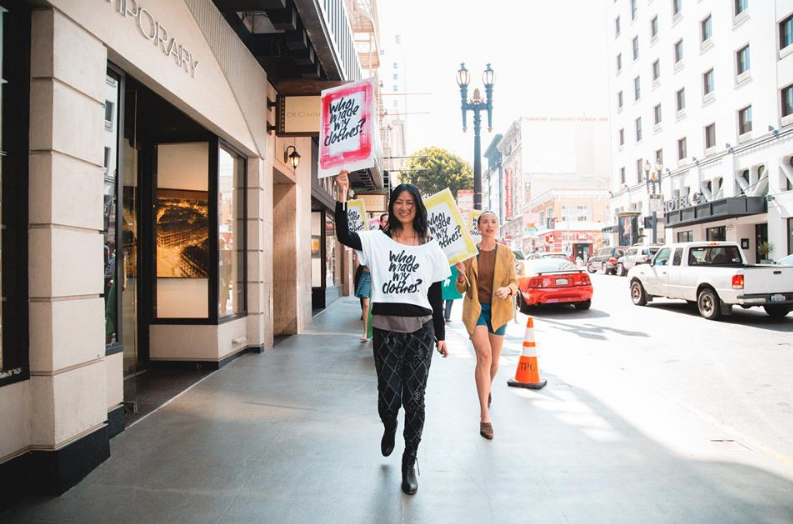 “It’s time to retrain and redirect the fashion industry towards a more compassionate and sustainable future. Fashion Revolution is spreading a very urgent message and we are proud to be contributing to its momentum,” says Joyce Hu—leading the charge, above—creative director for Wildlife Works (a brand which we here at Eco-Chick are huge fans of!)

“We have such an abundant fashion community here in the San Francisco Bay area dedicated to sustainable innovation and ethical sourcing.” Said Andrea Plell, founder of Ecologique Fashion and co­producer of the event. “As consumers we have the right to know the impact of our purchases and these brands are doing their part by creating relationships with their suppliers and makers, exposing their stories, carefully examining their supply chains and becoming role models for the industry.” 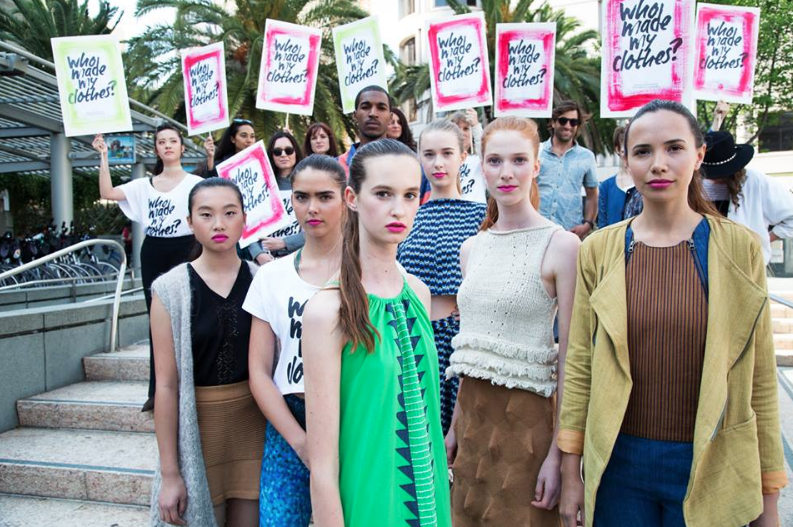 The “mob”, consisting of models, designers, sustainable brands and ethical fashion supporters, was more than fifty people strong, and commenced in Union Square, continuing down Powell St. and into the Westfield Mall with participators cheering “Who Made My Clothes? Ask.” and holding bright signs as well as a parade banner, made from upcycled t­shirts, that read “Fashion Revolution.” We definitely attracted a LOT of attention!

Shoppers who joined the march were given the official San Francisco Fashion Revolution t­shirt by Wildlife Works Apparel, screen­printed locally by Social Imprints.

The Eco Bridesmaid Diaries: My Reused Gown from BridesmaidTrade.com