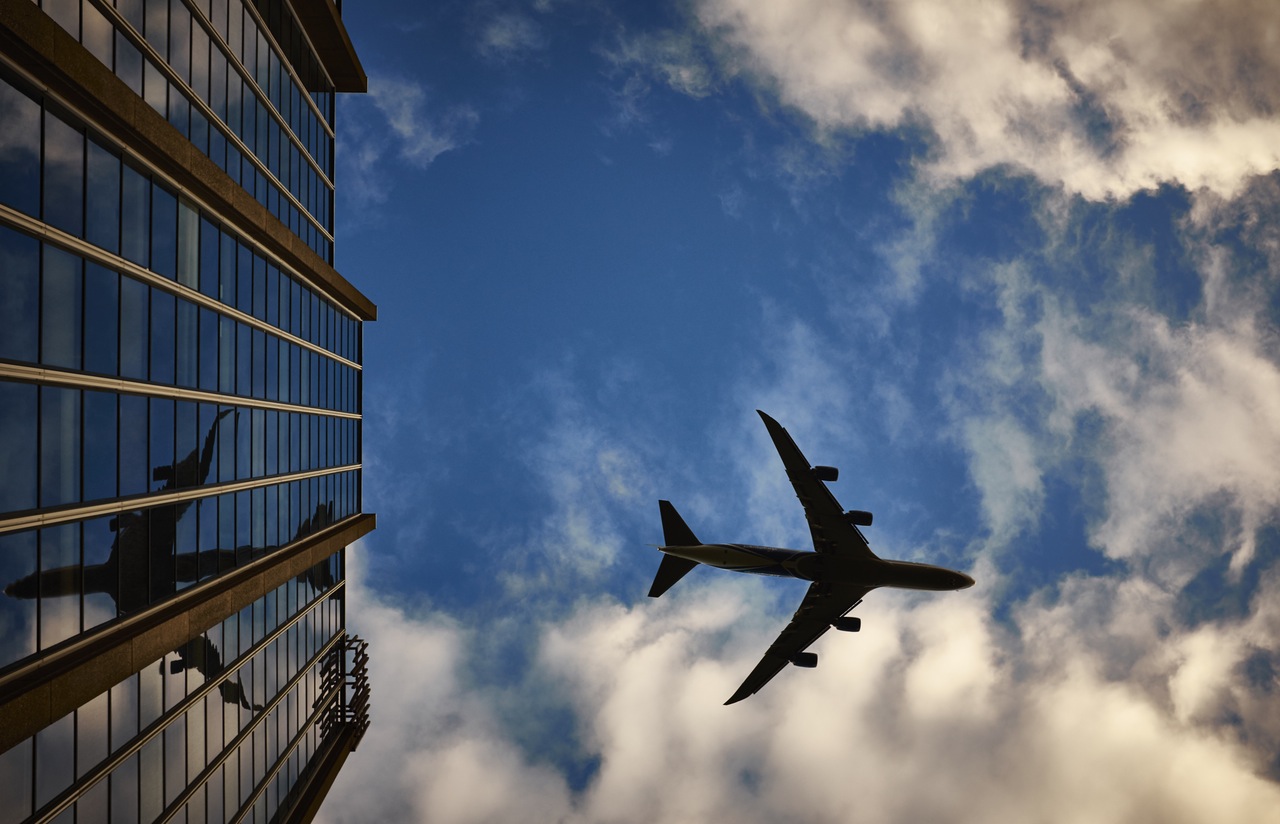 It’s long process to turn a blazer into a blast-off, but that’s exactly what’s happening, as Bloomberg Business Week reports that Japanese recycling firm Japan Environmental Planning (Jeplan) has begun testing ways to use discarded clothes as jet fuel. With help from Osaka University, Jeplan has developed a means of extracting cotton fiber from old clothes and converting them into biofuel, namely, ethanol.

If this sounds like a crazy use for old clothes, you probably don’t realize the absolutely overwhelming amount of discarded material that’s out there, just literally piling up.

With the rise of “fast fashion,” developed countries buy and produce more clothes than ever. Trends are in and out with the blink of an eye, and clothing stores reproduce affordable runway reproductions at a breakneck speed. Despite what a skirt or top might say on the price tag, buying the newest style on the rack comes at a hefty cost. As clothing consumption has risen in the past 20 years, the volume of textile waste has nearly doubled with it. Americans dispose of 14 million tons clothing each year, about 80 pounds per person.

What about all those clothes many of us take in for donation? Even secondhand retailers like Goodwill and Salvation Army only sell 20% of donated clothes in their retail stores, leaving leftover clothes to be bought by for-profit recycling companies.

So turning old clothes into fuel is one way to deal with this crisis of stuff.

How Do You Convert Clothes to Jet Fuel? Carefully. 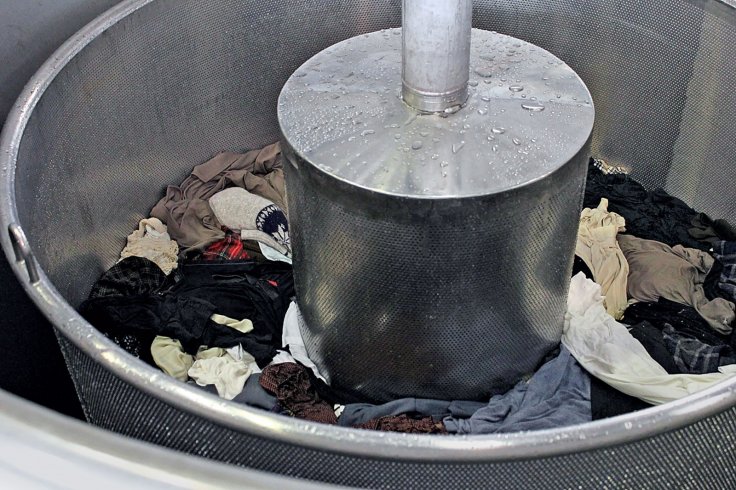 Jeplan intends to begin experimenting with this new fuel source in collaboration with Japan Airlines and the Tokyo-based Green Earth Institute (GEI), an organization founded to put biofuel technologies like Jeplan’s to everyday use.

To make, fuel, cotton is extracted through multiple cycles of distillation and vaporization. Engineers use an enzyme to decompose and convert the cotton fibers down to glucose, then ferment the glucose to produce ethanol. The overall process creates roughly half the carbon dioxide emissions of from-scratch methods of ethanol production.

As well as finding a use for last year’s Zara castoffs, this extraction and fermentation process could also potentially spare land and water expended to currently produce the fuel (usually derived from corn) which can be used to power jets, among other engines. 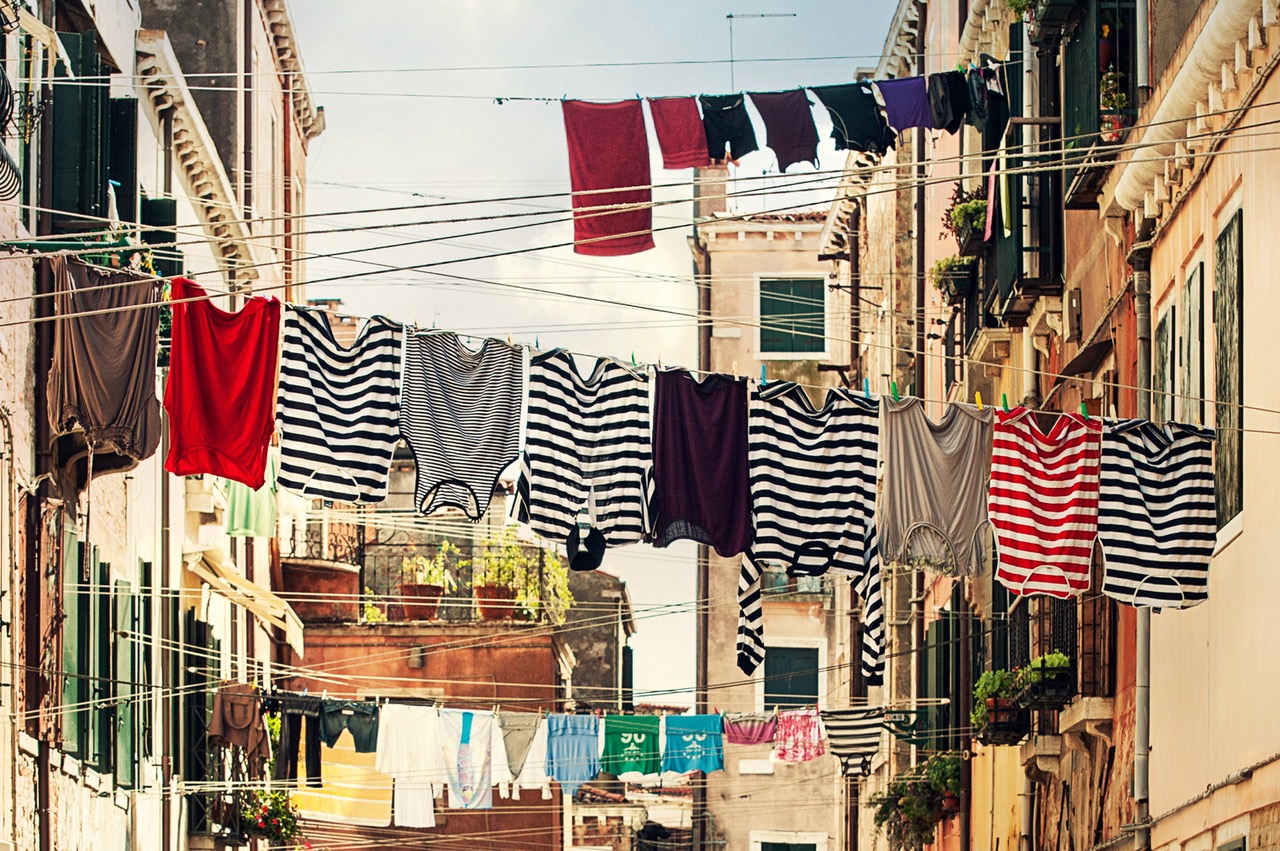 Jeplan has begun working with 12 clothing retailers in Japan, such as Aeon, collecting clothes at 1,000 stores across the country to process. Other companies participating in Jeplan’s recycling project also include Patagonia and Talbots.

Although promising, the firm will need time to generate enough fuel for a full lift off. According to Jeplan, one ton of discarded clothing could generate roughly 700 liters of ethanol, 100 tons yielding about 10 kiloliters, or around 2,641 gallons. A Boeing 747 uses up a gallon of fuel every second—which means 100 tons of clothes would only cover a 45-minute flight. (Remember, the US alone produces 14 million tons of used clothes a year.)

Still, Jeplan doesn’t plan on idling too long. The company will need about 30,000 tons of old clothing every year to make the method a competitive alternative to traditional ways of processing ethanol. But Jeplan, GEI and Japan Airlines look to test the fuel alternative as early as 2020. By 2030, the companies hope to have pushed the biofuel to commercial production. 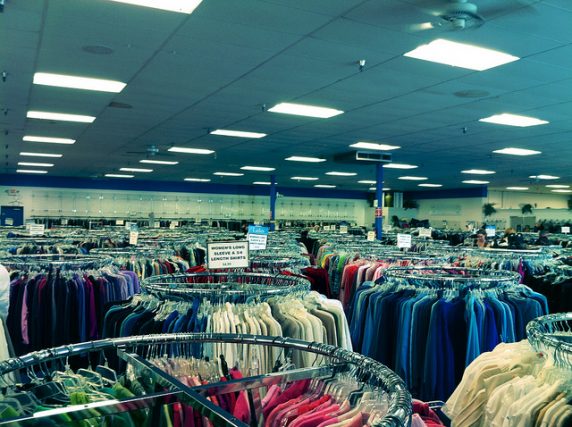 Image of used and vintage clothes via Flickr: Brad K

Considering the current rate of fast fashion production, Jeplan may well meet their goal, and they don’t intend to stop with just cotton. The ubiquitous use of polyester fibers and dwindling supply of cotton has made polyester extraction and recycling equally (if not even more) desirable.

Accordingly, Jeplan has begun testing a similar method of extracting polyester to create a resin that might be used in new polyester-based or –blended clothes. Hoping that they might “close the loop” of clothes manufacturing, Jeplan plans to snag apparel companies’ textile trash, converting it back into new polyester and poly-blend clothes to be sold by those same retailers.

Though many fast fashion retailers thrive, the demand for sustainable clothing and eco-fashion has begun to grow. Major retailers like H&M have begun to offer recycled alternatives apart from the fast-and-faster fashion grind. But with the rate at which clothing is being produced, sustainable clothing practices alone may not be enough to combat growing textile waste. New technologies like Jeplan’s biofuel, however, might help reform the fashion life cycle.

By 2030, “fast fashion” could mean something a little different.

All the Fun Pix from Fashion Revolution Day San Francisco!