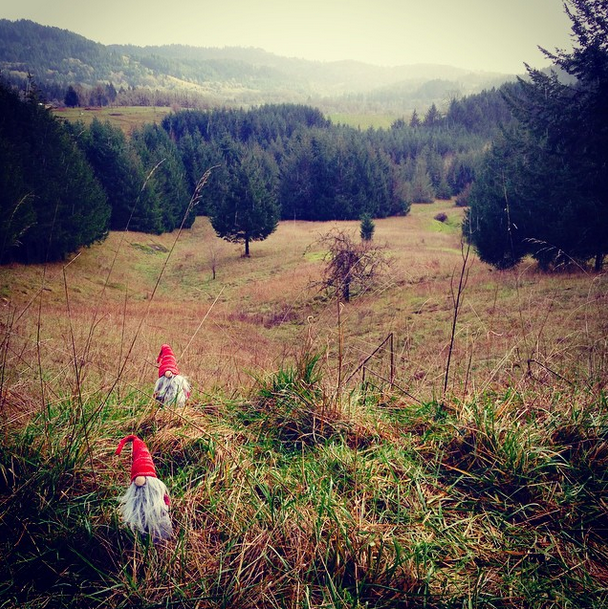 ‘Twas a foggy morning in Wren, Oregon, when I saw them, this time the first. Rain rolled over the lower Coast Range, dampening summer’s thirsty thirst.

Per usual, I took myself (and my mug of tea) to perambulate the meadows (Why? To balance my Chi).

When what to my wondering eyes should appear, but red-hatted gnomes where usually, there are only deer! 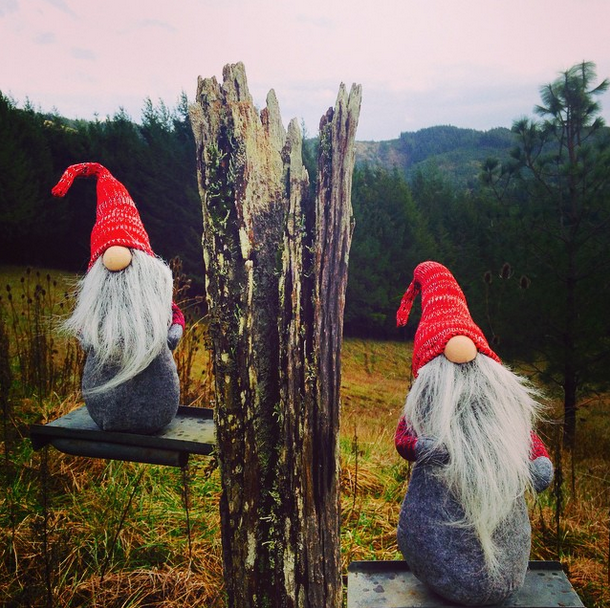 A tall one and a short one, each with impressively long white beards—as you can see.

Every time I turned my back, they moved, but when I looked at them, they just peered—inscrutably—at me. 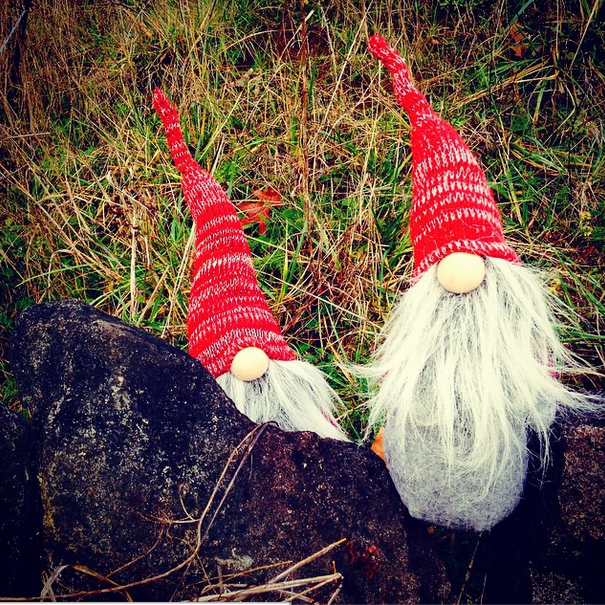 Clearly they were travelers, and even though I made no motions and proffered no instruction, they followed along.

But as they crept closer to the house, bopping, hopping, or flying behind me, they sang an almost inaudible song. 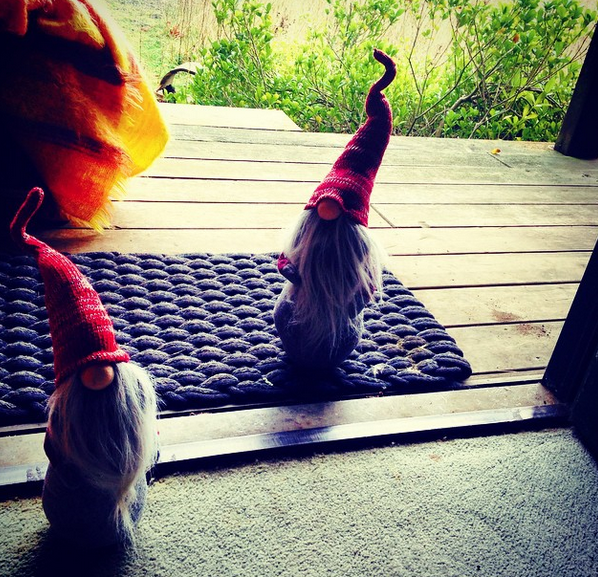 “We are the Solstice Gnomes,” I could barely discern, “We come from Sweden to protect your home.”

“Winter has begun, and ice and snow is neigh, and with our blessings you will have no reason to fie.”

“Come on in,” I ushered them with a sweep of be-caped arm. “I take no chances until winter is Fin!”

Meet Jultomte, the Swedish version of Santa Claus! In Scandinavian folklore, he was believed to be the caretaker of farm families — and around the holidays, he would deliver gifts to the good girls and boys. This whimsical wool trio of the jolly gnome features knit accessories, wispy beards, and adorable button-shaped noses. Offered individually or as a set of three (one of each size). Filled with sand and poly pellets to hold his shape and make him stand. Imported.

All images by Starre Vartan

Fun and Fresh Garden Tools to Inspire Your Green Thumb