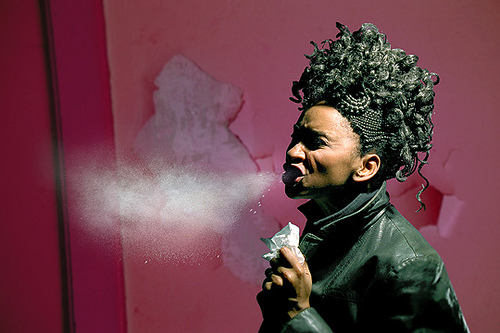 The latest Vogue (May, with the ever-princessey- in a good way- Gwyneth Paltrow on the cover) has a great piece entitled, “Spring Awakening” wherein writer Ginny Graves does some great round-up reporting regarding the causes of allergies and what the heck to do about them. It’s not online yet, but I excerpted below.

While I’ve never had a tiny waist (I was born with a belly, and have held onto it ever since) or good eyesight, I have one awesome physical trait- I’m not allergic to anything- not even poison ivy! BUT I have many friends who suffer from seasonal (and even year-round) allergies, and watching them suffer is no fun. So I was interested to read this with all my ever-so-sniffly amies in mind:

The latest suspect behind seasonal sneezing is rising levels of carbon dioxide, a greenhouse gas that is affecting plants and trees in ways no one predicted. When researchers at Harvard University grew allergy-causing ragweed under two conditions–current levels of carbon dioxide and double that (the amount that could be in the air mid-century)–they found that the plants exposed to more CO2 grew 10 percent bigger but produced 60 percent more pollen, a finding that would account for the fact that real-world pollen levels are soaring.

“Health officials typically issue warnings when the count is about 150 grams per cubic meter, but we’re seeing levels in the thousands, especially in cities, which have higher levels of CO2,” says Paul R. Epstein, M.D., associate director of the Center for Health and the Global Environment at Harvard Medical School. “The more pollen, the more allergies. It’s pretty simple.”

Writer Graves goes on to bring up that because Spring comes earlier than ever (thanks again, global warming!), pollen is floating around for ever-longer periods of time, aggravating sinuses everywhere. AND we may be more susceptible to pollen as an irritant because we disinfect so much, which means we’re exposed to fewer germs, which some scientists think actually causes allergies to be more severe (since our bodies don’t have to fight real pathogens, it turns upon benign substances–this idea is called the hygiene hypothesis). Take-home message? Our modern lives and unsustainable choices are to blame for our wheeziness.

I think I need to make a t-shirt. “Problems? Blame Global Warming?” 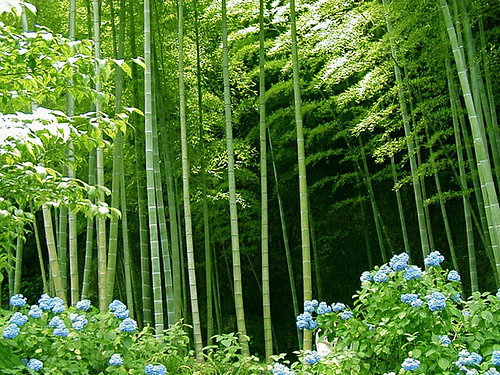 Bamboo: Ecofriendly or Not So Much? 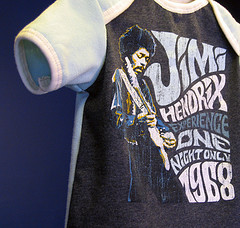