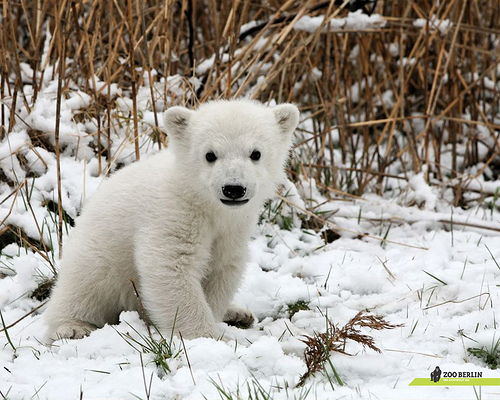 I am always on the lookout for good environmentally conscious children’s books. Telling the story of Knut the world’s famous baby polar bear, in their book by the same name (Scholastic 2007), Craig Hatkoff and his two daughters Isabella and Juliana paint the picture of one precious little creature who needed human help to survive.

The Hatkoff family have written five children’s books together, including “Owen & Mzee: The Language of Friendship,” a true story about an orphaned baby hippo adopted by a giant tortoise in Kenya. The Hatkoffs have written together since Julia had her tonsils out and they penned the NY Times bestseller “Good-bye Tonsils.”

Knut, the polar bear, was rejected by his mother at birth, so one of the zookeepers, Thomas Dorflein (of the Berlin Zoo) took it upon himself to nurse the tiny bear into big bear-hood. Only able to eat four tablespoons of milk at a time, Dorflein had to be up with the cub every two hours to make sure Knut’s tummy was full.

As Knut grew and became a great attraction at the Berlin Zoo, people fell in love with the bear and he inspired many to think about habitat preservation and slowing global warming. Knut became such a celebrity that he has been featured on the cover of Vanity Fair and People magazine. 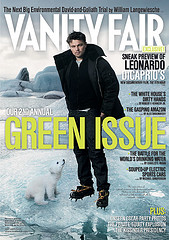 The Hatikoffs encourage personal action in their book to help “keep polar bears safe.” With a message of respect for our fellow creatures and personal action to help slow the global warming process, Knut is a heartfelt story that teaches kids to honor nature.