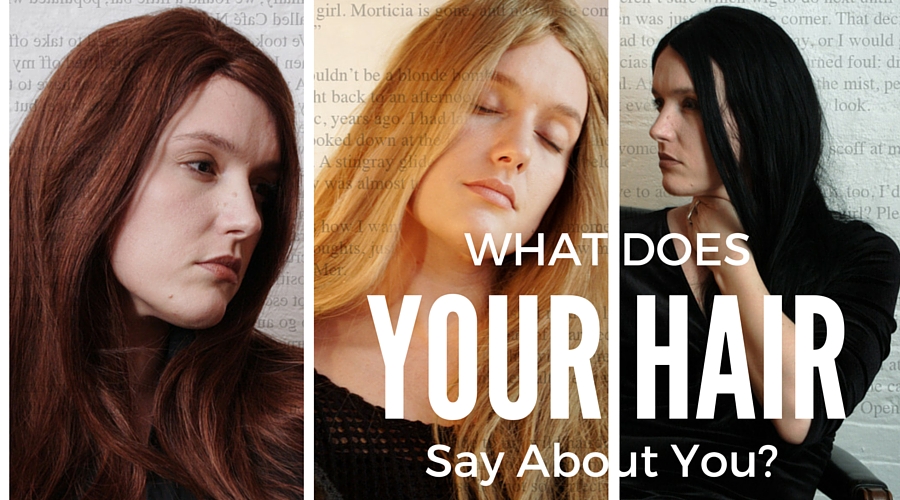 I’ve always had a complicated relationship with my hair: I’m the sole curly in a household full of straight locks. Recently I’ve come to terms with the curls and learned how to maintain them, but for years I straightened my hair, fearing that I would be rejected for looking different (our editor went through similar journey with her own curly locks). I had never read a book that so encapsulated that feeling that is until I read a copy of Stacy Harshman’s new book Crowning Glory. 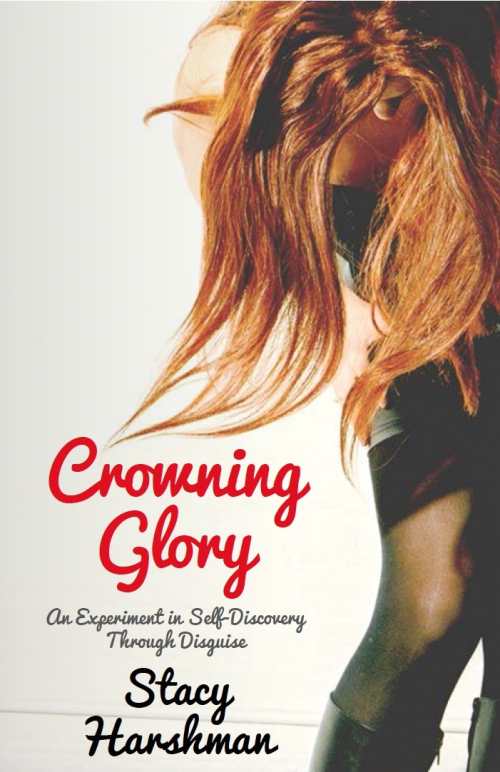 You know that feeling that so many of us have: “If I only had different hair, my whole life would be different?” Harshman tested that hypothesis: She wore 4 wigs and spent a week in each. She went to the same places and the same time, but each week with different colored hair. On the 5th week she went sans wig in only her natural hair. Because she couldn’t remain objective in reporting the data she had a spy follow her too, logging all sorts of data ranging from people’s expressions to their comments (said in front of her face most of the time).

What I found most interesting about Harshman’s book was her honesty – she strove to write a book about her hair, but what resulted was a vulnerable look at how our perspectives are so slanted by looks. We judge and we are judged all based on what sits atop our head. What Harshman finds (without spoiling too much) is herself. Once completely overtaken by anxiety, Harshman learns how to be herself. 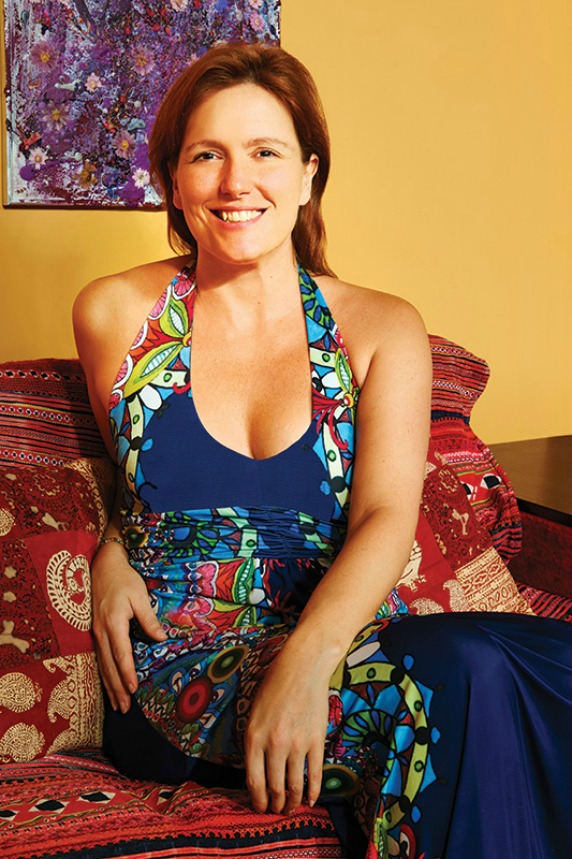 The author of Crowning Glory Stacey Harshman (and her real hair).

The “Crowning Glory” launch was so much fun: We could get our hair braided at the Arrojo salon while drinking wine and munching on delicious small bites. Harshman read several pages from her book to an audience who couldn’t stop laughing (as painful and scary as some of the moments the author writes about are, she never seems to lose her sense of humor). Talking to Harshman only solidified what I had learned in the book – she is a force to be reckoned with:

Haley Sherif: When did you come up with this hair experiment?

Stacy Harshman: I came up with the experiment after spending two weeks wearing the red wig around the city.  It was so weird and such a trip getting so much attention and feeling so different, I suddenly had the thought “what would happen if I were a blond, brunette, or raven haired woman?”  So, I decided to go for it. 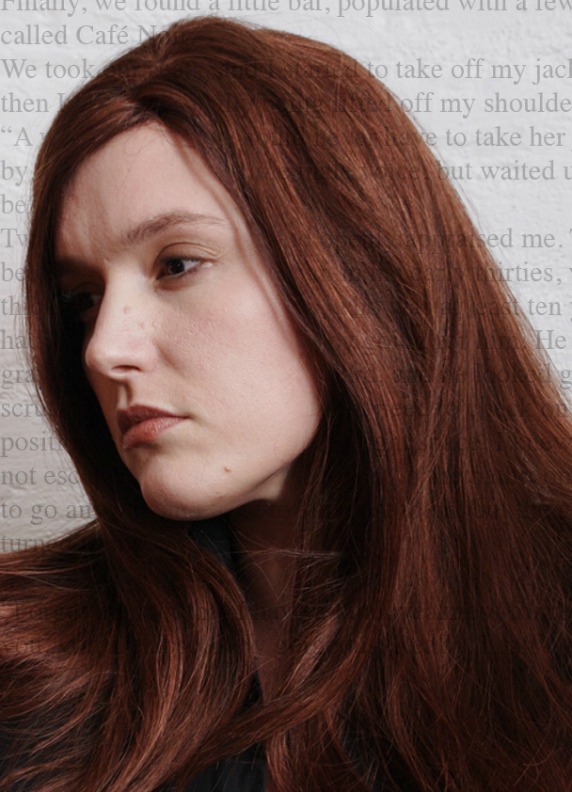 Reaction to red hair: “‘A woman like you should never have to take her jacket off by herself.’ I thanked the male voice, but waited until it left before I turned around.”

HS: Did you think people would react the way they did when you donned various wigs?

SH: I had no idea that I would react so dramatically when I put the red wig on. I felt transformed and felt much bolder and sexier.  Then, going out into the city, it was another surprise that people reacted so differently and so powerfully to my new look. 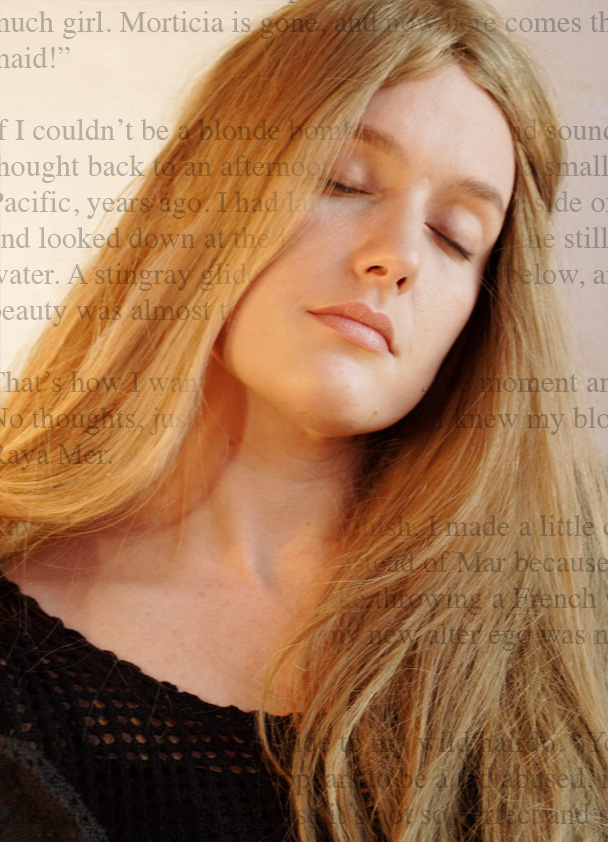 HS: What has your relationship been with your natural hair vs your wigged hair? Has your perspective changed at all?

SH: I didn’t like my hair. I’ve always wanted more of it. I have fine/thin hair and I wish for the opposite. The wigs gave me the opposite; it felt glorious to have all that hair! I’m not that concerned with my hair now, and I feel I’ve gone to the opposite end of the spectrum. Maybe I need a little wig vacation to put some variety into my looks life! 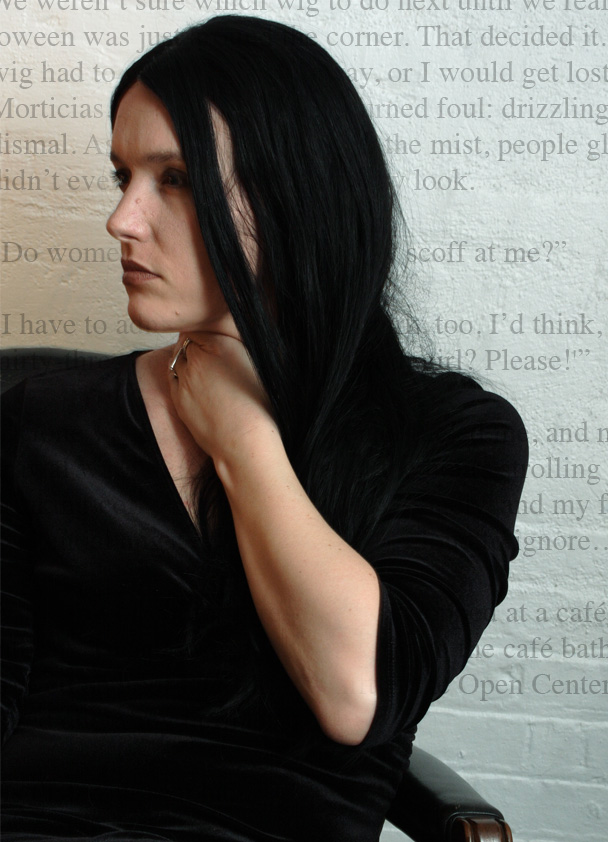 Reaction to Raven hair: “Take that off!” This from the friendly receptionist, “Just take that off!

HS: Did you always want to write Crowning Glory or did the experiment encourage the book? What was it like writing this book?

SH: I actually had the idea to write the book at the same time I had the idea for the experiment.  I was coming out of a dark place, and I needed a project, a goal, something to look forward to so I decided to document my experiences with the hopes of turning it into a book.  So, I decided to make the experiment as elaborate and “scientifically controlled” as possible.  I even hired an assistant/spy to go along with me and document/observe. So, I lived the 5 week experiment and then set about to write about it.

Writing the book was interesting.  My assistant/spy was also a writer, so she became my coach.  It was great getting to work with her every day during the week….and we worked for years.  It kept me steady and engaged.  I literally learned to write by writing.  I also spent about two years writing back-story that dealt with trauma from my past.  I had to get it out of my system to see that it didn’t belong in the book.  Once I moved past that, what the book was meant to be became more clear. 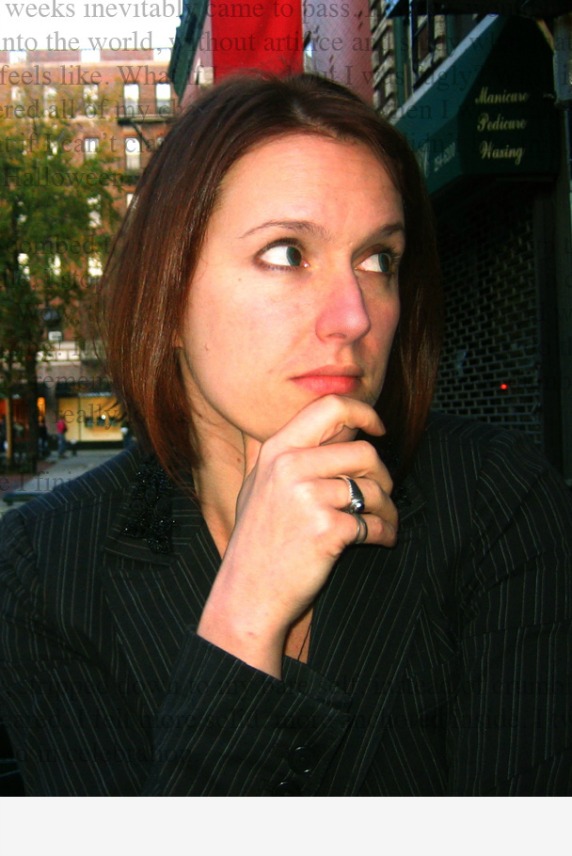 HS: What are three takeaways from this whole process (the hair experiment and writing the book)?

SH: I was deathly afraid to do the experiment.  I had been depressed and isolated for a long time, but I saw this as a chance to get out into life and change and hopefully learn a bit more on how to love myself, other people and enjoy life.  I had to put all my courage into it, and it really paid off.   So, I would say, find creative ways to get yourself back into life.  Find the courage.

Writing the book was a lesson in patience and believing in myself.  After writing for a year, I read the manuscript and thought, “Ugh, this is boring.”  So, instead of giving up, I went back in and re-wrote and re-shaped the story.

It took me ten years to get the book out into the world.  I guess the take-away from that is never give up!  Also, I was worried about what my family would think of the book.  The book covers some rocky family terrain and it has its share of sex scenes.  It took me a while to give it to my mom to read.  She said there were some parts that were difficult to read for her and she was sorry for my pain, but that she was proud of me. I so appreciate her support. So, another take-away is having faith that the ones you love will understand and support you.

Thanks Stacey! Crowning Glory: An Experiment in Self-Discovery Through Disguise is out now.