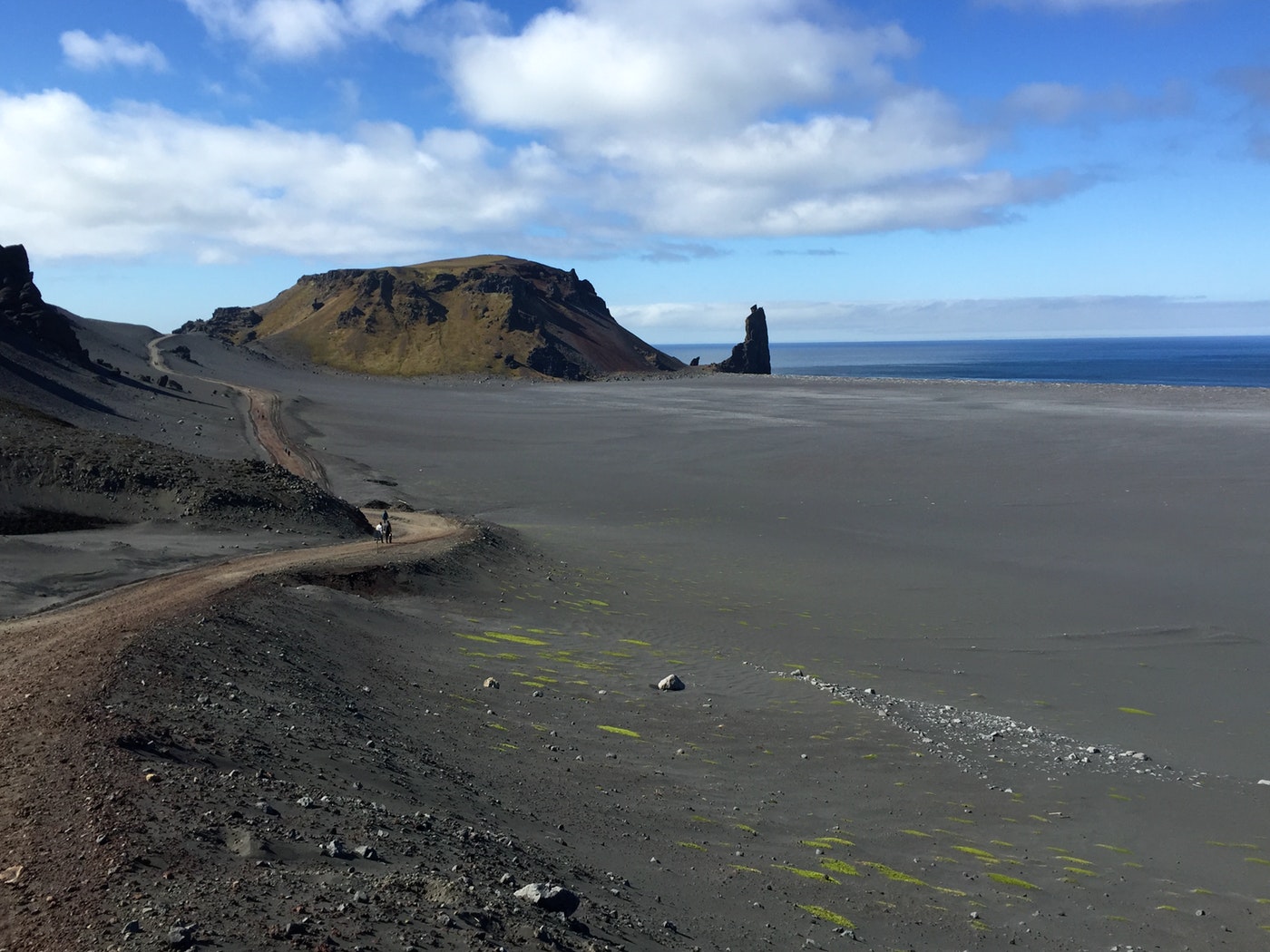 The view from Jan Mayen’s road is spectacular. (Jennifer Kingsley)

SIW LANDRO FELL in love, again, when she arrived on Jan Mayen, Norway. Siw has a partner and children back home, but Mr. Beerenberg immediately caught her eye. “Mr. Beerenberg is the most handsome man I ever saw.” He’s moody, she said, but “he almost makes my husband jealous. I get goosebumps just looking at him.” “He” last erupted in 1985.

Mr. Beerenberg is the 2,277-meter-tall (7,470 feet) volcano that dominates the north end of Jan Mayen, a Norwegian territory that lies closer to Greenland than any other Arctic territory. At 71 degrees north, Jan Mayen sits 500 kilometers (300 miles) east of Greenland, 600 km north of Iceland, and 1,000 km southwest of Svalbard. The island is 54 km long and was home to 18 people when I visited during the summer of 2015.

Everyone lives on a small military base that dates back to World War II, though its first meteorological station was established in 1921. Today, the base is dedicated to meteorology, seismology, navigational equipment and seasonal research.

I arrived aboard the National Geographic Explorer, a ship owned by Lindblad Expeditions-National Geographic, which sponsors “Meet the North.” The day we arrived, the water was calm enough to land our zodiacs, which is rare for this island. Most days, the seas are heaving, and sometimes the land heaves with it – there had been four earthquakes the day before our arrival. 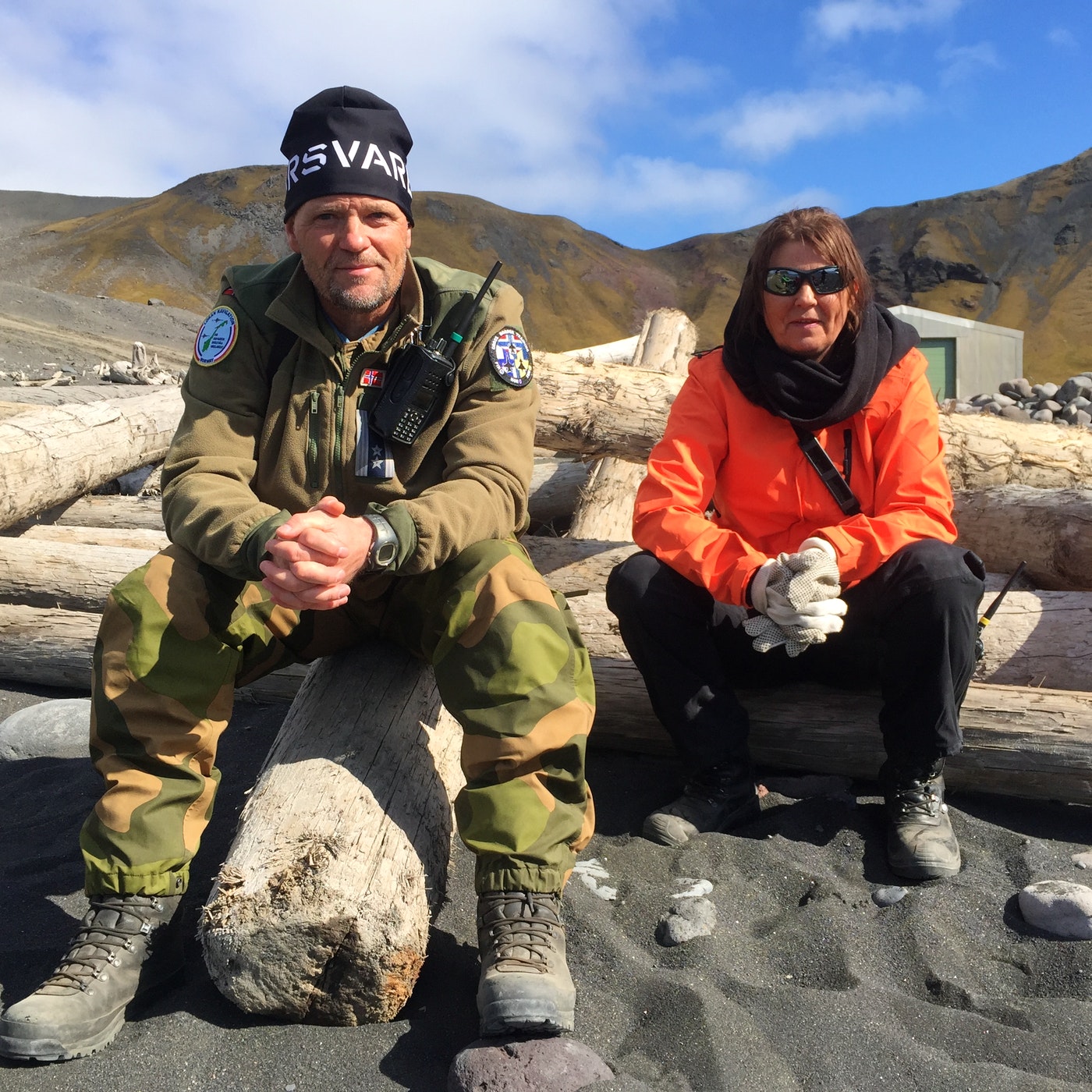 At the time, the island’s core team of 18 (five women and 13 men) included station commander Wiggo Johansen, nurse Siw, five people in maintenance, four people at the weather station, four who managed satellite operations and three working in the kitchen. The only two land animals were dogs named Storm and Kuling (Arctic foxes have been extirpated), but the island teems with birds. Hundreds of thousands nest in the cliffs, including northern fulmars, dovekies and Brunnich’s guillemots. There are enough glacier views and beautiful hill walks to last a lifetime. 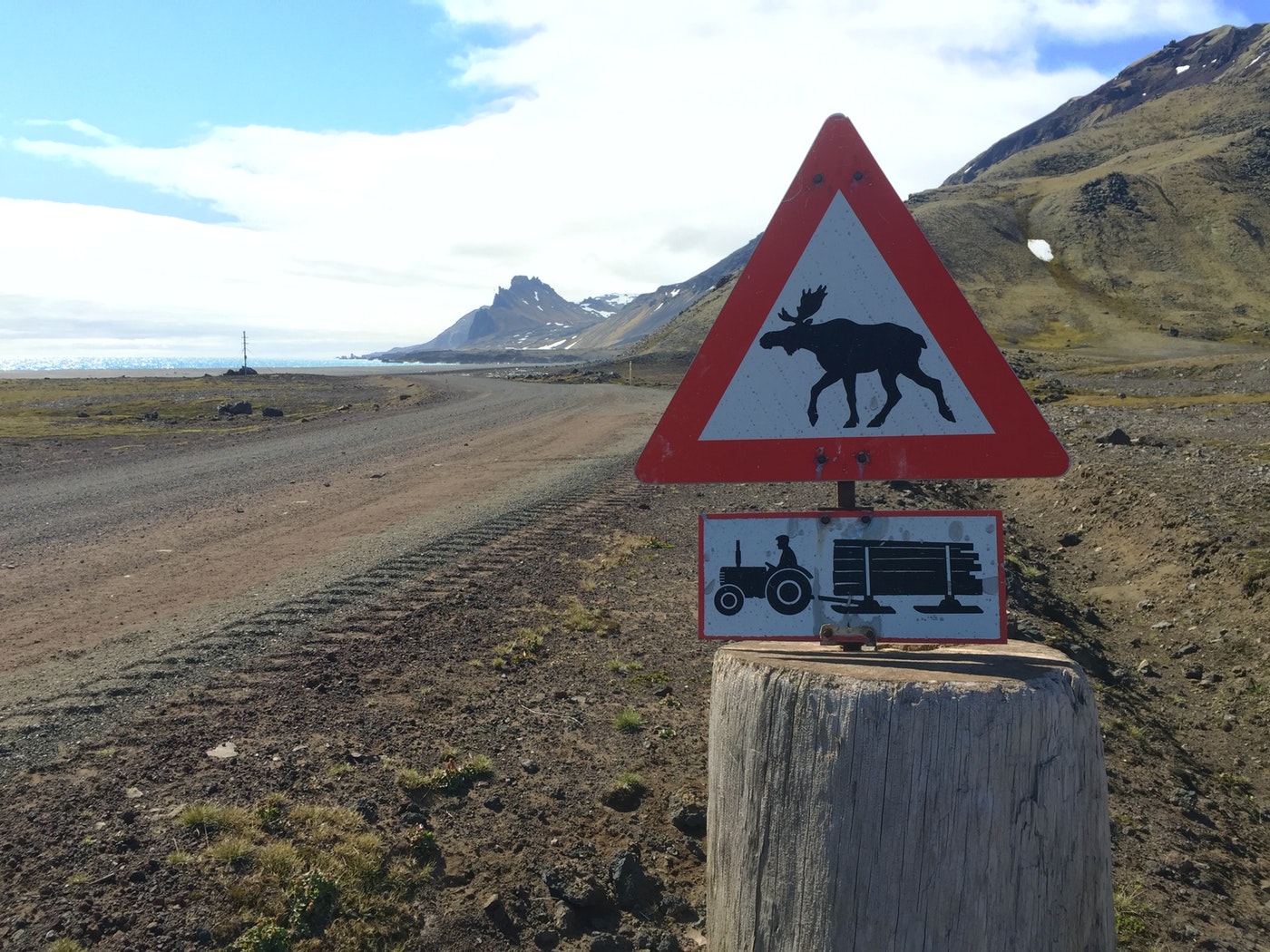 None of these things exist on Jan Mayen, but it’s good to have a sense of humor so far from civilization. (Jennifer Kingsley)

A 13-month post on Jan Mayen was the “grand finale” of Wiggo Johansen’s career with the Norwegian air force. I asked him to describe life on the base, and the simplicity came through loud and clear. The best part is getting away from it all: “At home you have to drive in line and shop in line,” he said. “I like the nature.” And the worst part didn’t sound too bad at all: “In winter time when the weather is bad you are stuck inside watching TV.”

Nurse Siw arrived in March 2015 after years of dreaming about Jan Mayen’s wide open landscape and the adventure of working somewhere even more isolated than where she grew up. Siw was born and raised in Longyearbyen, Svalbard, where her father worked in the local coal mine and her mother ran a laundry.

As the nurse tending to 17 generally healthy people, Siw has a wide range of other duties. She looks after the library, wine cellar and gift shop, as well as the medicines and dental equipment reserved for the dentist who flies in periodically. She also takes care of the tourist ships that arrive at Jan Mayen – though there had only been five in the four months before I met her – and cleans the bathrooms. 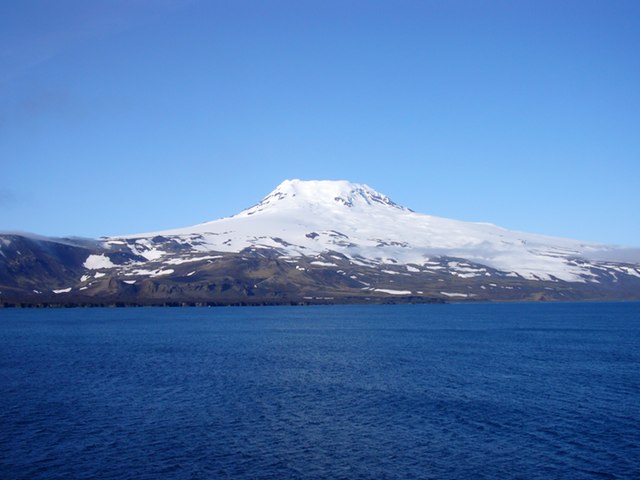 Beerenberg is the 2,277-meter (7,470-feet) volcano that dominates the north end of Jan Mayen, a Norwegian territory that lies closer to Greenland than any other land. Wikimedia/Hagman.

Unofficially, she is also the person everyone turns to when they need to talk. She’s easy to open up to and she guarantees confidentiality. “If you have ever been to a family dinner and Christmas or Easter, you get the picture,” she said.

Given Siw’s love of Mr. Beerenberg, I had one final question, “What is your plan if the volcano erupts?”

Jennifer Kingsley is the founder and project lead for Meet the North, which is sponsored by Lindblad Expeditions–National Geographic. Follow her northern adventures on Instagram.

This article reposted with permission from News Deeply, an Eco-Chick partner. It originally appeared here.

Modernize Your Home With These 3 Energy Efficient Upgrades