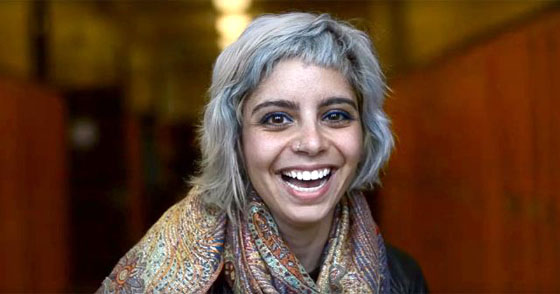 People are funny creatures. We’re brought up to understand that if you can’t say something nice then we shouldn’t say anything at all. But what happens when people do have something nice to say? For a lot of us, receiving praise is a great exercise in deflection – if someone compliments us, we’re rather say “don’t be silly” than “thank you.” Let’s be honest though: sometimes we just really, really need to hear something nice about ourselves! And it’s about time that we learn to sit back and accept it for the positive gesture that it is.

18-year-old Shea Glover conducted an independent project that quickly turned into an interesting social experiment where she asked fellow students and teachers at her performing arts high school to pose for them, then explained that she wanted to take photos of “beautiful things.”

The ensuing reactions that Glover captured on film ranges from shocked, blushing, to outright denial and sometimes even flashes of anger. Rather than forcing one’s own perceptions of beauty and body positivity onto others, Glover has managed to allow the people portrayed to shine through on their own.

Watch the full video below!

At Home Spa Treats and Tricks: From an Eco Chick Reader (and An Editor)