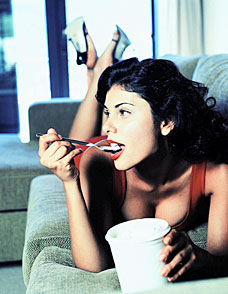 Answer: the ingredients. Fairtrade vanilla from India and fairtrade sugar from Paraguay (all milk is still from small family farmers).

In the U.S., B&Js increased its lineup making it the largest supplier of fairtrade icecream (ingredients) to date (any one else know who is doing it)? This includes: Vanilla, Chocolate, Coffee, Coffee Heath Bar Crunch, and Coffee Coffee Buzz Buzz Buzz. Vanilla will be available in stores January 2007, but available at scoop shops already. 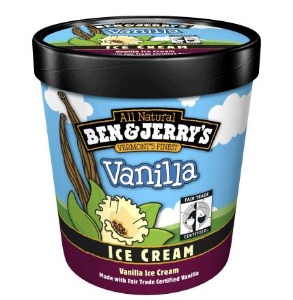 “Fairtrade is about making sure people get their fair share of the pie. The whole concept of fair trade goes to the heart of our values and the sense of right and wrong. Nobody wants to buy something that was made by exploiting somebody else.” – Jerry

"Fashion’s aesthetic should enhance and beautify the human form, not destroy it."