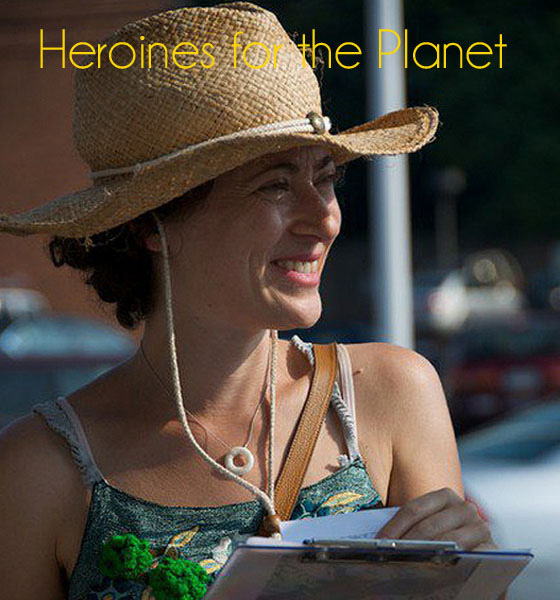 Future Weather centers on 13-year-old Lauduree, who fears the collapse of both her family and the planet. Writer/Director/Producer Jenny Deller chose to explore the complex issues of climate change through “the lens of a family drama,” as she put it, as opposed to a documentary. I had the opportunity to see the film and get to know Jenny, and I was moved by this powerful drama and the woman behind it.

Coming off the heels of Future Weather’s successful world-premiere at the Tribeca Film Festival, Jenny and I chatted about the inspiration behind the film, climate change and the media, and what she hopes viewers will take away from her film.

Lindsay: It must have been thrilling to premiere Future Weather at the Tribeca Film Festival. What was that experience like?

Jenny: This is my first feature film, so to have it debut at a world-class festival like Tribeca was a dream come true. And of course, to walk into a New York City movie theater and see your movie on the screen is just an incredible feeling—a little surreal. 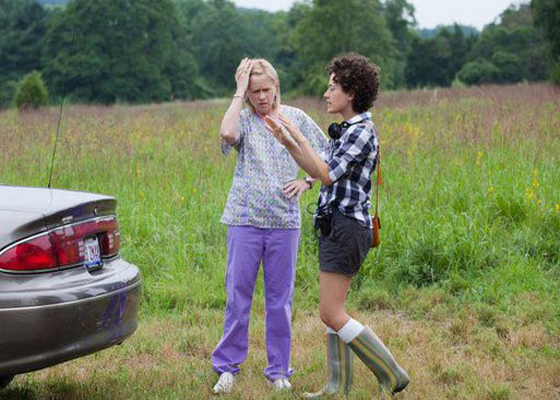 Lindsay: Can you tell me about the article you read which inspired Future Weather?

Jenny: It’s called “The Climate of Man” and was written by Elizabeth Kolbert for the New Yorker in 2005. My mom gave it to me in 2006, and I was immediately absorbed. It chronicles an incredible amount of scientific evidence from around the world that points to signs of warming due to anthropogenic rises in CO2. I’ve always had an emotional connection to the environment, so I found this to be overwhelming. It made me question my whole way of life and my future. I felt very scared and alone and completely powerless. This was before Al Gore’s movie came out, and no one was talking about the issue.

Lindsay: Lauduree’s character mirrors the fragility of the environment she’s so fixated on. Why did you decide to approach global warming through the lens of a 13-year-old girl?

Jenny:  To be honest, when I first decided to write a script that I would also direct, the 13-year-old girl came first. I was inspired by the young adult novels I’d read as a kid and wanted to tell an honest story about a girl who survives abandonment. What does it take to pull through a potentially damaging experience with your soul intact? I knew Lauduree spent a lot of time outdoors and had a math and science bent, so when I learned (soon after starting the script) how urgent global warming had become, it made perfect sense to pull this issue into Lauduree’s awareness. Particularly when her story of abandonment was the perfect metaphor for what we’re doing to future generations if we continue to live as we do. 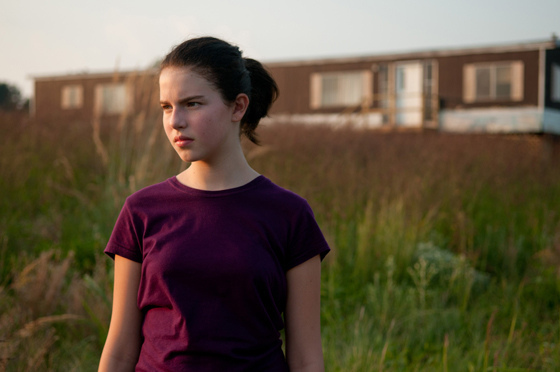 Lindsay: Why do you feel climate change is under-reported in mainstream media? And do you hope Future Weather will not just entertain, but change, the public’s perception of the realities of our environment’s health?

Jenny:  There’s a lot of information coming out now about major campaigns sponsored by corporate interests to generate doubt about the validity of climate science and to suggest that global warming is just an opinion—and a highly politicized one at that. This strategy has been extremely effective in mixing people up, and creating a skepticism and mistrust around the issue. I also think global warming is a very difficult situation for people to grapple with. It’s a danger that’s hard to see and quantify, particularly because it involves something that’s typically volatile—weather—so it doesn’t trigger our emergency response. It seems too far in the future to affect us. Another problem is that the cultural position of scientists is very tricky; it’s a profession founded on rationalism. Scientists are just supposed to present evidence, not become involved in social causes—even though they’re the canaries in the mine-shaft and policy-makers are not heeding their warnings. Scientists like James Hansen have gotten a lot of flack for turning to activism. And lastly, global warming is tagged as an environmental issue vs. a human issue. My hope is that the three generations of women who come of age in Future Weather will move people to begin to confront their own worst fears of a warming planet—the anxiety and anger and helplessness, the conflict between responsibility and self-fulfillment. Until we evolve emotionally, I don’t think we’ll be able to change. Another hope is that Lauduree renews young people’s interest in science, which I think will play a critical role in adapting to climate change. I also really hope that Future Weather helps people understand that our lives are inextricably connected to our habitats, our environments. If they go, we go.

Lindsay: You actually used the money you made from an acting gig to begin developing Future Weather back in 2006. What was the most challenging aspect of creating this independent film? And how were you able to raise the necessary funds?

Jenny:  The biggest challenge was, and still is, pulling the funding together. It took several years of writing and rewriting for the script to break into a sphere where it could attract the right cast and collaborators. But that did not translate into enough funding to fully finance the film. The project did win several grants from the Alfred P. Sloan Foundation and Women in Film, and we also secured several equity investors. But Kristin Fairweather, my producing partner, and I have had to get really creative with funding and take a lot of risks to keep the project moving forward. We’ve done everything from selling recycled tote bags on our website to fundraising house-parties. We always joke that we’re like traveling salesman. Even now, we’re in the middle of a Kickstarter campaign to raise finishing and sales funds. It could just be that this piecemeal approach is part of the new paradigm of independent filmmaking. 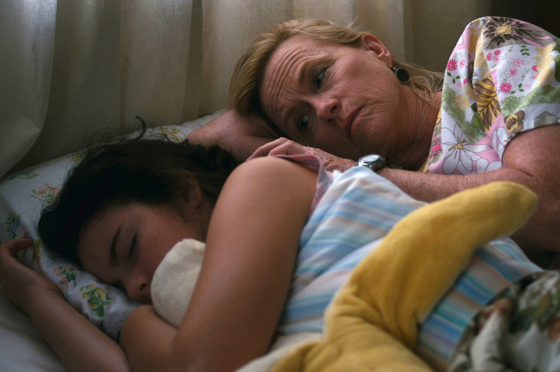 Lindsay: How were you and your team able to translate the environmental message of the film into the choices made during the shooting?

Jenny: We tried to keep our goals basic and realistic since we were working on a shoestring and didn’t have the manpower to dedicate one crew-member to overseeing our sustainability efforts. After reading about how much plastic is floating around our planet, I decided I didn’t want plastic water bottles on set. We replaced them with metal canteens that our PA’s refilled with iced tap water. Our actors stayed at the only LEED-certified hotel in Philadelphia. We were able to get an excellent deal with a caterer who cooks with local and organic ingredients and uses compostable serviceware. An amazing Philly bakery, Betty’s Speakeasy, donated their homemade locally-sourced treats a few days of the shoot. And we partnered with an incredible company called Philly Compost who provided us with composting bins and daily pick-up service for our food scraps. Local green business are forging new paths, so they’re incredibly entrepreneurial—a great match for scrappy independent filmmakers!

Lindsay: What are three things you hope viewers will take away from Future Weather?

Jenny:  The healing power of being able to let go, trust and love.

Lindsay: If you’re so inclined, please help Jenny and team reach their goal on their Kickstarter campaign.

The ESPN Women + Sports Summit and the Global Ascendancy of Females