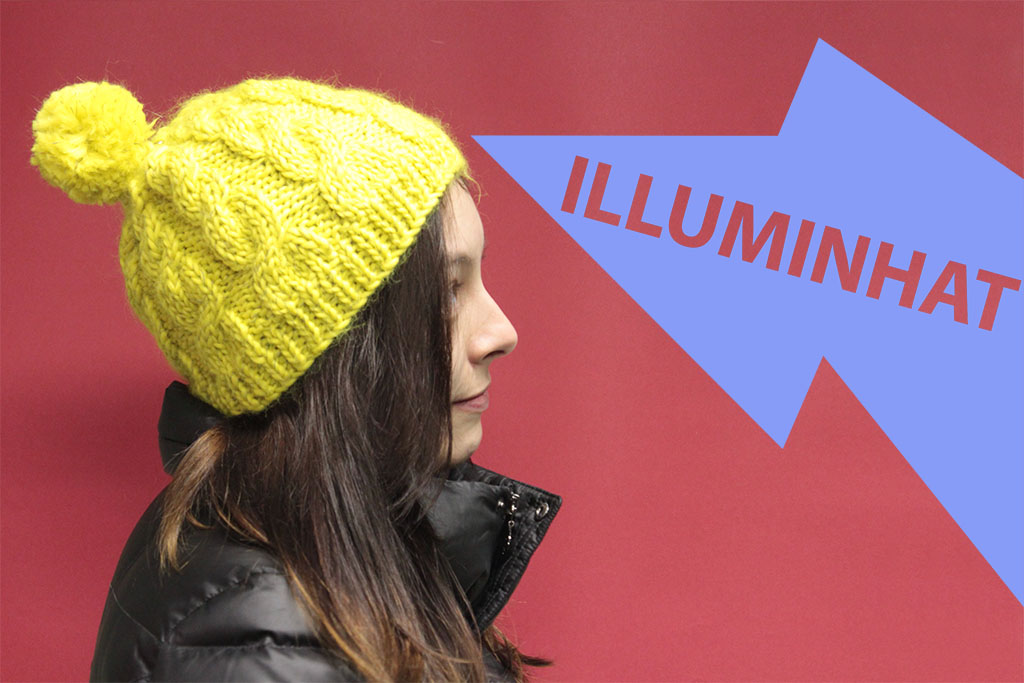 Knitwear is about to make its way back in stores: much can be said about brands delivering a green message together with their rows of knit and purl, but this year there is a technical innovation at the horizon.

On The Glo’s knitwear line is about to launch with a plot twist: added to their colourful chunky knits, there is some reflective thread, making these winter accessories glow in the headlights! 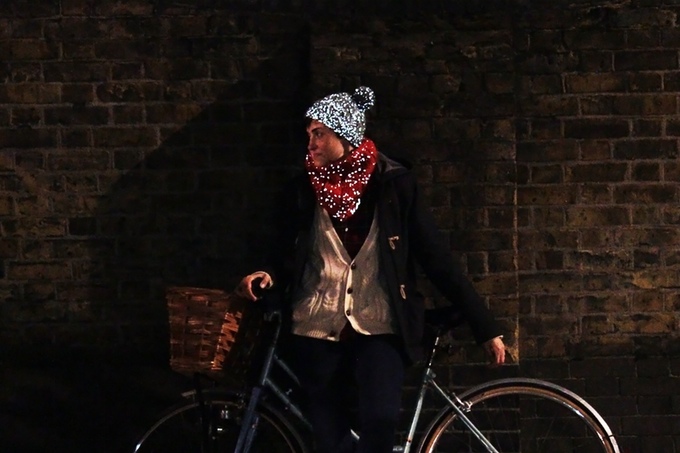 If you cycle, run, walk your dog or just pop-in over to the neighbor’s on a dark winter night, you will have experienced those unnerving “bunny in the headlights” moments, when a car suddenly turns towards you, blinding you, way too close for comfort.

On The Glo was born to address those moments and does so with a big dose of humour (all their products have a silly name related to light) and cheerful colors. Wear one of their beanies or cowls, available for adults and children, and your chances of being seen increase dramatically, as their retro-reflective knits just shine back into the eyes of the driver.

AND: Shots of their beanies taken with the flash are amusingly bright, ideal for the selfie addicts out there! 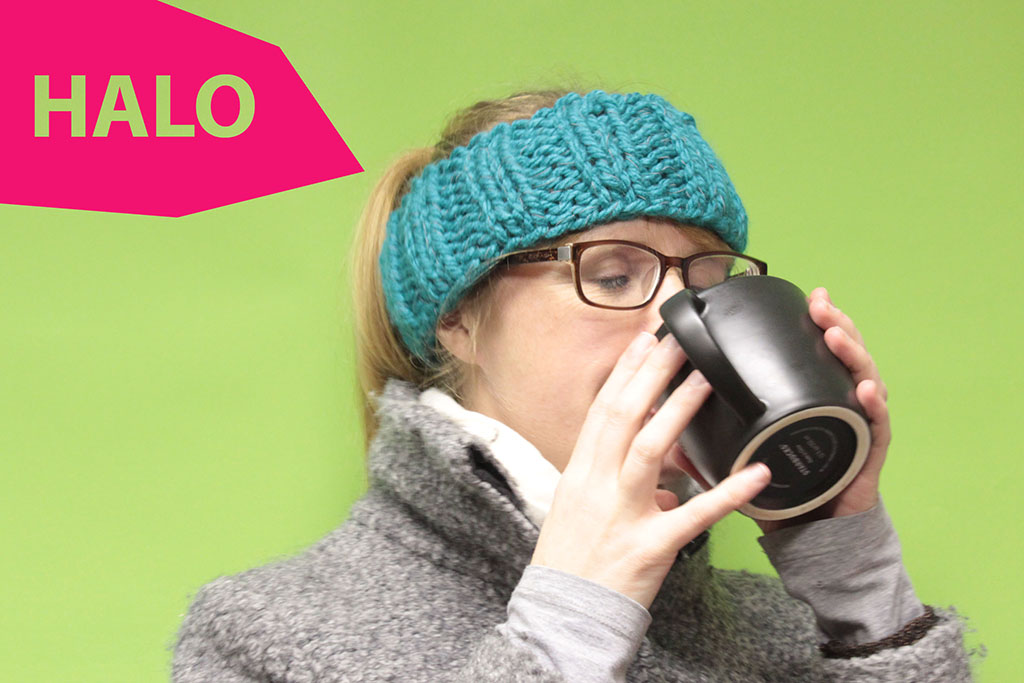 The story of how On The Glo came about speaks of positive gender role reversals. Tacita Vero is a female bike mechanic at a workshop in London. After finishing her mechanic training two winters ago, she found herself with some time on her hands, so she turned to her love of knitting.

Seeing a string of cyclists wearing dark clothes in winter made her think: “so many people were coming to me to get their bikes checked and safe to ride, Yet, I thought that cyclists could also keep themselves safer by being more visible on roads. Most people I have spoken with, however, despise day-glow vests and want something which does not make them feel like construction workers on the commute home. That’s when I had the idea for reflective knitwear.”

The idea is fun and novel just as much as it is useful: “These road users are beneficial to their community: cyclists, skaters, runners are not responsible for any emissions, yet cars just have the power to dictate the pace on roads. I cannot change that, but I wanted to help everyone else feeling more safe, encouraging them to continue commuting the green way, even when it is cold and dark”, said Vero.

Available in a range of colours, from demure grey to the zingy lime passing by deep orange and burgundy, many On The Glo designs are also vegan—and there is more to their green credentials.

Believing that knitting is a craft, Vero’ decided that everything would be hand-knitted.

On The Glo employs women knitters from a rural community in Ifugao, Philippines, whose traditional purple rice terraces have been recognised by Unesco as a World Heritage Site. Yet, these organic rice farmers, endangered by commercial competition from foreign rice, are often forced to emigrate, a process which breaks up families. The social enterprise set up by On The Glo means that the income the women generate by knitting on their down time from the fields can guarantee a future to this community and to the rice fields themselves, which, if left untented, quickly get swallowed up irreversibly by nature. 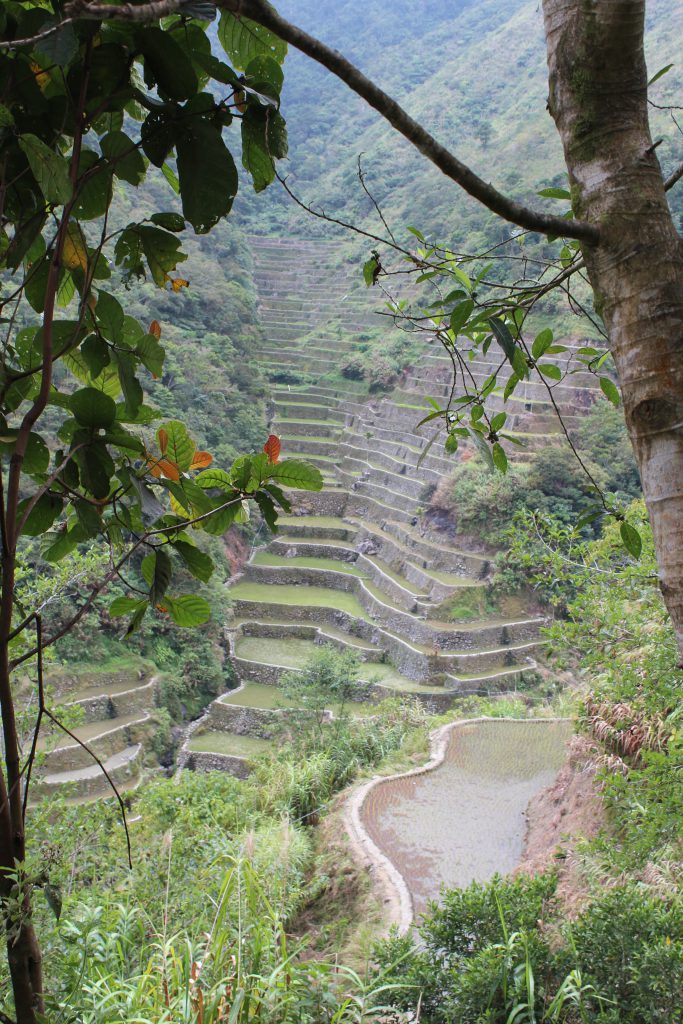 On The Glo’s range is becoming available on October 23rd on KickStarter: with lots of stock ready to ship, it will be in time for the holidays. Whether you are gifting it to someone else or to yourself, now that’s a present with a soul!

Visit OnTheGlo.net for more, and Tweet at them here!