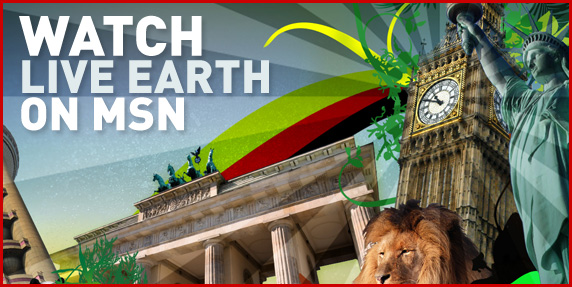 —Giants Stadium, 2:45 PM EST
I’m here at Live Earth in New York, which is the last show in the worldwide music celebration so we can Save Our Selves (SOS). 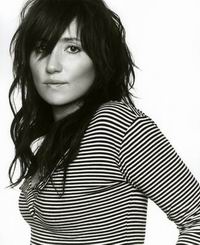 KT Tunstall is up first, after a lackluster intro by Mr. Six-Degrees-of-Kevin-Bacon. Are you watching? If not, you can tune in online here. What do you think so far? KT is wearing some really cute metallic leggings under black shorts.

A Tip form uber-tan Carson Daly in the press room:
“I’ve learned when I stay in hotels and I leave for the day to unplug my blackberry and cell. And when I go to work I’ve started taking a mug for my coffee….or beer!”

Thanks Carson. Always a fount of useful information and pithy comments! NEXT!

Checked out the musical stylings of and Keith Urban and Alicia Keyes, Taking Back Sunday, and Ludacris. Personally I’m waiting to hear Dave Matthews, Smashing Pumpkins and The Police.

When asked about what she does at home, KT Tunstall came to talk to the press and had some smart things to say (the girl really knows her environmental issues!) A couple comments:

“I do a lot of little things at home, but I’m rarely at home. I’m getting my flat in London renovated, and I’m using sheep’s wool insulation, reclaimed wood, and solar panels. As a touring musician I have to fly, but…I’m offsetting my carbon with Global Cool.

With this (concert), I thought god, six other massive events are going on just like this. I think everyone is aware of (global warming), but not that many people know what to do about it. Short films, and information available on the Live Earth. For me the best thing about it is promoting respect for other people on the other side of the planet. It’s about creating a relationship beetwen us and people in China and India and showing that we’ll help eachother and are connected to eachother.”

And the music just keeps coming!! I feel like I can barely keep up with these 30-minute sets! 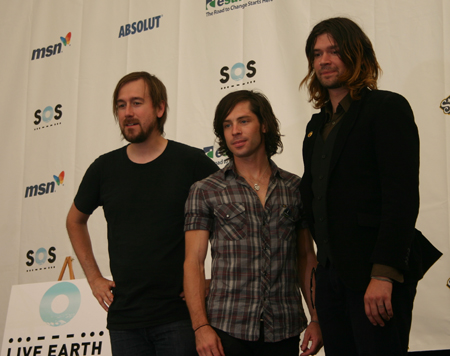 Backstage, Taking Back Sunday had this to say about their ‘greenie’ ways, which were surprisingly comprehensive. What was most interesting to me about them was that it seemed that Fred Mascherino, was the most environmentally-oriented of the group, and he in turn got the rest of the band, and then their team and their fans, involved in being eco. See how it only takes one person to make change?

“I’ve been passionate about this issue for years. But ever since an Inconvenient Truth, it’s helped me learn all the things I’m not doing. I recently purchased a vegetable oil burning 1982 Rabbit. I’ve also switched to wind energy in NJ, which only costs me about $3-$5 a month. ” (He’s referring to the option that most U.S. utilities have that offer alternative energy programs, for just a few cents more every year.)

My favorite quote from the group? 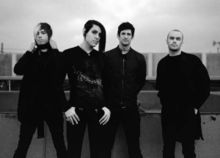 The band AFI, which admittedly, I don’t know very well, endeared me with a few cute statements, though they also kinda pissed me off when they mentioned that they weren’t polticial. WHAT? If there was a time to take up politics, it is NOW.

We are apolitical,” said lead singer Davey Havok. But when asked if he would date someone who’s not green, he said, “I’m vegan, so I can only eat green.” 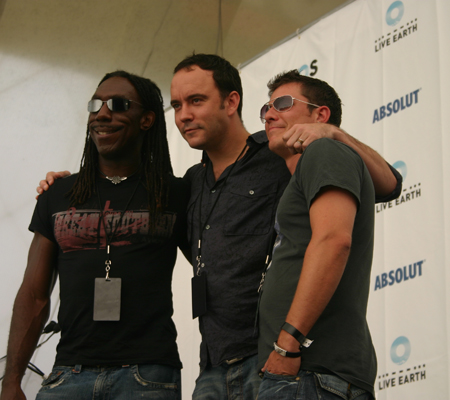 Dave Matthews said (in his endearing, rambling way) that he sometimes feels like what he’s doing is insignificant, or not enough even though the band has been involved in green initiatives for years.

” I could turn cynical pretty quickly, I hop on planes and ride buses, and we’re aware of a certain amount of hypocrisy in that.”

He redeemed himself when he said,

“I grew up camping and can see that the world is finite. It doesn’t seem like it’s absurd idea that it can run out of gas. The idea of the well drying up doesn’t seem that far-fetched. In the end, what kind of world we leave for our children or grandchildren? I think it’s an effort we should make.”

And then he got apocalyptic when he said, “I’m not saying we can save the planet, but we may as well grab for straws as we go down.” Dave, where’s the positivity, enthusiasm and love for which you’re known?

I was up front and center (very up front, and very center) for Smashing Pumpkins’ set, which was musically amazing, though I’m disappointed Billy Corgan didn’t take the opportunity to plug anything other than the Pumpkins’ next album. EWWW. I’m a big fan of theirs, and was dancing like it was 1997, but why didn’t the alterna-god make a statement about what he is doing to alleviate the climate crisis? Billy, where were you?

But until then…what were your impressions? I LURVED Melissa Etheridge’s amazing speech about why we should all be in the streets to change the world (not to mention our current administration), and Robert Kennedy’s plea for us all to get involved. So I’m an issues dork. But also got into the Police performing “Roxanne”, and Roger Waters doing Pink Floyd’s “Money”.

What were your favorite moments?

Read all about it, Good Magazine is out